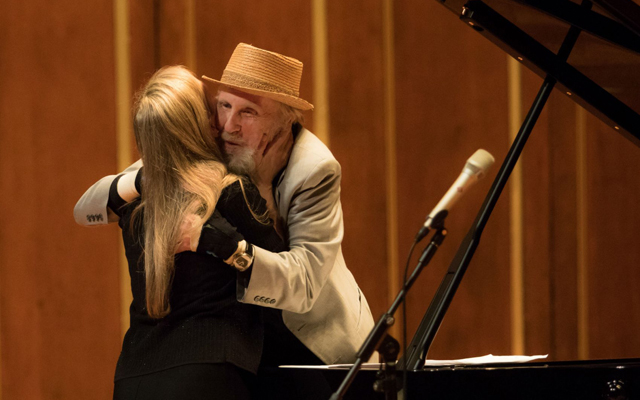 There is no repertoire in contemporary music to compare with the Germanic ‘lied’ tradition, whose greatest exponents were Franz Schubert, Hugo Wolf or Richard Strauss; or the ‘art song’ perfected by Henry Purcell, George Butterworth, or Amy Beach, Samuel Barber or Aaron Copland. However, if anyone comes close to having created a repertoire of similar music – combining piano and voice singing both verbal and non-verbally – the first name that comes mind is Ran Blake who established its primacy, first with Jeanne Lee, Christine Correa, Sara Serpa, and also with Dominique Eade. Of all of the duet recordings that Mr Blake has produced this album Town and Country comes closest to the characteristics and stylings of ‘lied’ or ‘art song’ even if it is not strictly-speaking so.

There is something quite magical about the way Ran Blake bonds with vocalists. And in Town and Country the pairing of Ran Blake and Dominique Eade is quite magical. Miss Eade’s clear, floating phrasing – with all her light, high-sprung enunciation. Take familiar tunes such as “Moon River”, the “Moonglow/Theme from Picnic” and “Moonlight in Vermont” and we can only marvel at how they have been spectacularly transformed. It’s almost as if both Mr Blake and Miss Eade have preternatural abilities in the art of song. Almost no other musicians have previously brought such complexity 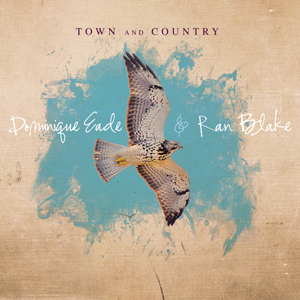 and sophistication to this salon genre. For instance, in “Elijah Rock” and “Leadbelly’s “Goodnight Irene”, the piano is no mere accompaniment to the singer, but a protagonist in its own right, playing its part in the creation of the emotional drama to a very fine degree.

Through the voice and piano of the former song you hear the hissing of the serpent, and the thunder of on high, and on the latter work Mr Blake’s left hand chords plod like heavy eyelids as Miss Eade’s voice becomes mesmeric as you can get a sense of ever-changing emotions in both songs. More than anything else, the composers’ songs live and die with the talents of their performers: Ran Blake and Dominique Eade. Like the plays of Shakespeare, these songs respond to a variety of interpretations while always needing a singer who can strike the right balance between characterisation and vocal beauty, and a pianist who knows when to step into the limelight and when to withdraw. In each case interpretative the styles of these musicians range between letting the music alone bring out the meaning and to dramatise the songs, often to an extreme extent.

There may be many ways to enjoy the work of Ran Blake and/or Dominique Eade. But if you want to start at the top . listen first to Town and Country, where an unforgettable impact is created by the cumulative effect of one connected song after the other.