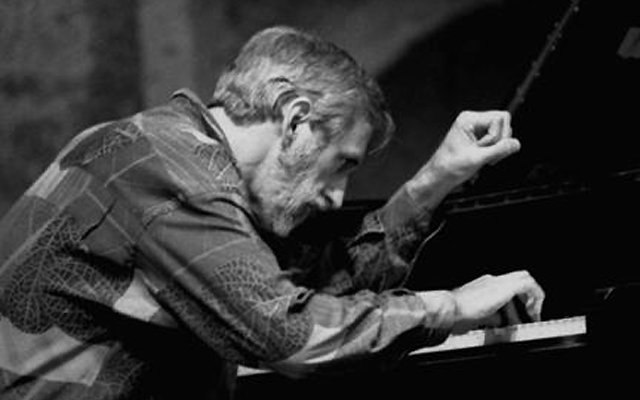 There can be no doubt that being in the audience at Mezzrow or either the 3rd or 4th of May 2019 must have been a very special treat for lovers of great music for it was on both days that the incomparable riches of Denny Zeitlin’s pianism were on full display. Mr Zeitlin is one of the finest interpreters of classic American music – that is to say, Jazz. He is blessed with a superb technique and is always responsive to the music’s emotional ebb and flow. Despite the fact that he is a slight man, his curved frame arched into the keyboard, he dominates the Steinway concert grand with powerful authority and pianism noteworthy for debonair flair and almost insolent virtuosity. 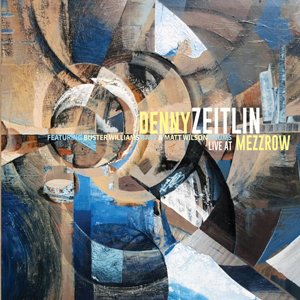 This trio recital brings together old stable mates Buster Williams, a contrabassist with a distinctive, rumbling gravitas, and drummer Matt Wilson, a drummer who can bring the many splendoured sounds of drum alive with echoes of thunder the hiss of the wind and the delicate sizzle rain. Together with these two musicians who are fully attuned to his vision and artistry Mr Zeitlin’s music soars into the stratosphere of art and once again we have a recording that is to die for. Featuring beautifully crafted arrangements of beguiling variety and sensuousness in every lovingly caressed phrase of Live at Mezzrow, Mr Zeitlin’s love of the idiom shines brightly.

His chosen material, with one or two notable classic songs, judiciously weaves lesser known gems associated with Billy Strayhorn and Wayne Shorter into the diaphanous fabric of this musical concert. Listening to the way in which Mr Zeitlin seductively bends the notes of Thelonious Monk’s “I Mean You” and Mr Strayhorn’s “Star-Crossed Lovers”, and how, for instance, he sculpts the long inventions of his own “Echoes of a Kiss”, it’s clear that there’s not a semiquaver that hasn’t been fastidiously considered.

Meanwhile throughout, the music is played by Mr Zeitlin – together with Mr Williams and Mr Wilson – with a kind of languid ease. With perfect intonation characteristic of his of volcanic talent Mr Zeitlin plays with theatrical tautness and élan, with each melodic [and harmonic] variation following the other, quite inexorably, his sumptuous piano sound caught brilliantly by Glen Forrest and Colin Mohnacs in this live recording.