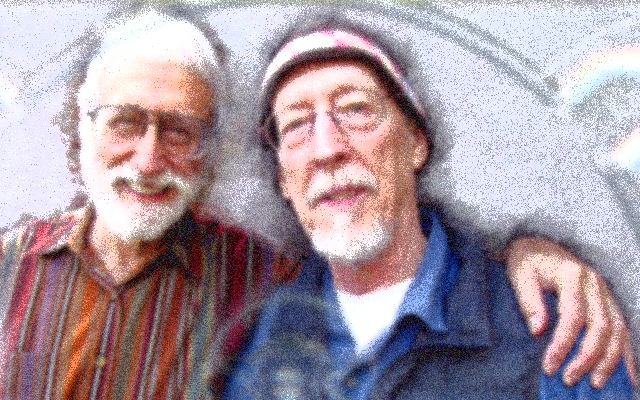 Denny Zeitlin draws inspiration from everyone involved in the history of electronic – from Thaddeus Cahill who invented the first proto-synthesizer, the Busoni, who first wrote for the Trautonium a later incarnation, Olivier Messiaen and Paul Hindemith (who wrote a now-sadly forgotten Concerto for Trautonium (1931) to Karlheinz Stockhausen the greatest exponent of Elektroniche Musik, Milton Babbitt and György Ligeti; but also probably more so by others from Robert Moog’s invention which begat Wendy Carlos and Joe Zawinul. But Mr Zeitlin has always been a uniquely singular figure in the history of the piano. His music belies a dual-personality that is essentially that of an introvert and a miniaturist as well as something of a daring extrovert. Thus he is able to create – in all of his music, composed and improvised – heroic portraits and vast panoramas as well as infusing them with an intimacy and an emotional intensity which can only be described as the “poetry of feeling. And he has done this with, as he calls them “electro-acoustic” adventures.

The forays into the realm of Elektroniche Musik by Denny Zeitlin have produced the landmark soundtrack recording from 1978, Invasion of the Body Snatchers (1978). That recording began a musical journey has led to (now) three magnificent recordings: Both/And: Solo Electro-Acoustic Adventures (Sunnyside, 2013), Riding the Moment: Duo Electro-Acoustic Improvisations (Sunnyside, 2015) and now, in 2017, Expedition: Duo Electro-Acoustic Improvisations (Sunnyside). The latter two recordings have been born out of an enduring relationship with the drummer and percussion colourist, George Marsh. On each of the recordings, Mr Zeitlin has played on a superb Steinway Concert Grand Piano, but his armoury has included a battery of Yamaha synthesizers and other keyboards, 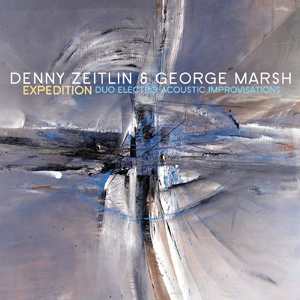 and as he has said on the last two recordings: other “hardware and virtual synthesizers and keyboards”. Whatever he chooses to call them the music has been breathtaking and Expedition is no exception.

This recording makes only a passing reference to “Jazz”, the music that swells the heart of Denny Zeitlin. But he has never had any intention of “going there” – except on Both/And an extended suite entitled “Monk-y Business Revisited” – and has proclaimed the intention of making essentially “experimental-improvisations” in an “electro-acoustic” realm. But he has also given himself a very broad mandate which has enabled to exploit the piano’s construction to the maximum without resorting to things like John Cage’s “prepared piano”. However, in his artistic manipulation of his virtual synthesizers and other keyboards he has created monumental combinations of spontaneous improvisations which have a feast of (at times) long unbroken lines in the right hand, especially in pieces such as the graphically entitled “Shards of Blue” and “One Song”, which feature highly poetic movements. The music always creates a magical sense of expectation even before a note – or successive notes – is (are) played. The effect, as in all the recordings of the past is breathtaking.

George Marsh has been present on both the duo electro-acoustic improvisational journeys. As a drummer, whose stated action is to “hit” the skins of the drums and “rattle” the cymbals, leaving echoing smashes and a swizzle here and a sizzle there, sometimes to puncture silences, at other times to shadow the electronics and the piano, and often to create a melodic sound palette of (its) own. As ever, Mr Marsh plays above and beyond the call of rhythm. His is a music fused into the music of Denny Zeitlin. He (George Marsh) is vigourous – viscerally so – when the music drives him to it. But there is also a gentle lyricism as seen in “Not Lost in the Shuffle” born of an unassertive, un-egoistic, almost limpid tone. No matter what the applied force, George Marsh always plays like a man inspired with such presence and seriousness that every moment sounds carefully weighed up. Together the both Denny Zeitlin and George Marsh make music that never shows any sense of calculation or strain and yet it would be hard to find playing of greater immediacy in the music of another piano-drum duo.