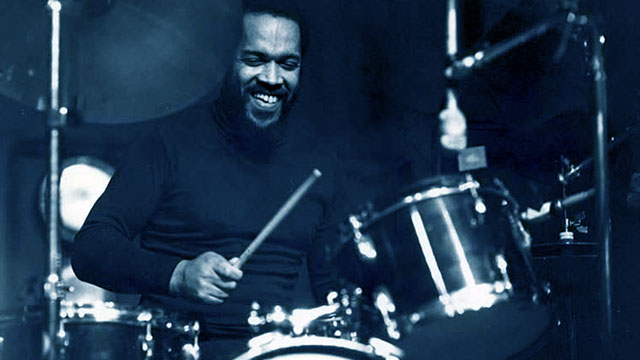 This is a most attractive collection of performances from Billy Higgins, one of the most iconic and beloved drummers in Jazz music. It opens with Dawan Muhammad’s many-faceted composition for the sextet, notably Mr. Higgins, catching his high spirits as well as his wit, and the gentle melancholy which intervenes as the close of the boisterous finale. The stylish drummer, nicely balanced, makes an important contribution to the seven songs. And any recording that is so forward-looking throughout, and that the obvious reward is some “lost” works featuring Billy Higgins deserves automatic respect. It is not only swept up in the physicality of the performance that the inner meaning of the pieces becomes all the more poignant. Dawan Muhammad also contributes significantly to this important essentially woodwinds-drum-and-bass recording, co-leading the way with sinuous excellence letting Billy Higgins play with wonderful and characteristic delicacy. 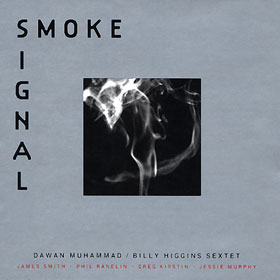 While Billy Higgins has been, throughout his career, one of the most innovative modern drummers, Dawan Muhammad has remained one of the most passed over woodwinds players. I am certain that although this album comes on the heels of several albums that the saxophonist and flutists has made, it will be the one that gets Mr. Muhammad the credit that he deserves. His music is formidable in substance and full of innovative effects such as a fluttering flute and commanding tenor against the similarly restless drums. The results of this partnership—that includes the contributions of trumpeter James “Smitty” Smith, trombonist Phil Ranelin, pianist Greg Kirstin and bassist Jesse “Yusef” Murphy—is nothing short of a memorable frenzy of musical excitement. The unpredictable “In The Hood”, rhapsodic and modal, returns us to some sense of musical normality. It is a touching work for the full sextet, with folk-like melodies evocative of urbane America, enlivened by engaging, irregular metres.

To offer Jerome Kern’s “Yesterdays” and Joe Henderson’s “Black Narcissus” to a sextet made up as this is does not seem daring at first, but it soon becomes so; the scoring by the flutist and saxophonist shows that nothing of that drama is missing here, even for listeners familiar for the saxophonist’s and the drummer’s work. Indeed the narrative of Mr. Muhammad’s dialogue with Billy Higgins and the other members of the sextet and the remarkable immediacy of the players are caught in every articulate detail of all six artists’ right up to the closing of the album. And the way that Mr. Higgins cocks his snook at the end of the album is beautifully gathered. It is the saxophone and drums that have the last comment suggesting that the musicians were well met. The recording is superb, wonderfully clear and immediate, very much in the “extra-special” bracket.

Billy Higgins was an American jazz drummer. He played mainly free jazz and hard bop. Higgins was born in Los Angeles, California. Higgins played on Ornette Coleman’s first records, beginning in 1958. He then freelanced extensively with hard bop and other post-bop players, including Donald Byrd, Dexter Gordon, Grant Green, Joe Henderson, Milt Jackson, Jackie McLean, Pat Metheny, Hank Mobley, Thelonious Monk, Lee Morgan, David Murray, Art Pepper, Sonny Rollins, Mal Waldron, and Cedar Walton. He was one of the house drummers for Blue Note Records and played on dozens of Blue Note albums of the 1960s. On a whole, he played on over 700 recordings, including recordings of rock and funk. He appeared as a jazz drummer in the 2001 movie Southlander. Read more…