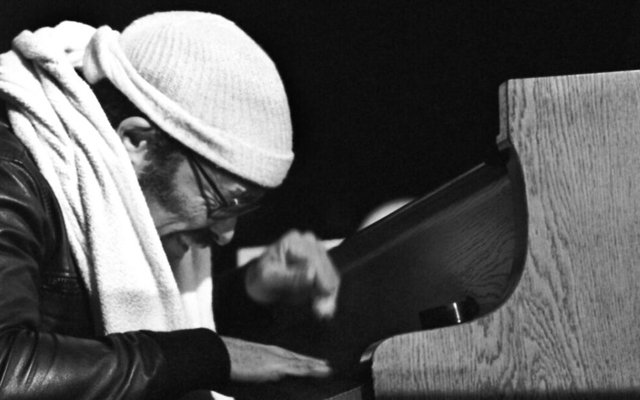 Cecil Taylor is, quite simply, one of the greatest artists to ever grace the timeless tradition of the music continuum. By tradition one refers, of course, to the one that includes [for instance] Franz Liszt, Alexander Scriabin or György Ligeti and John Cage, as much as it does Duke Ellington, Charles Mingus, Thelonious Monk as well as Ornette Coleman and Anthony Braxton. Mr Taylor is also a solitary figure – his work as unique as was Mr Monk’s and Mr Braxton’s, or Scriabin’s, Ligeti’s. He is, of course, in every respect, unclassifiable. However, one should desist from attempting to perceive his music as classifiable.

A deep dive into his oeuvre will immediately reveal that his music is among the most danceable among his peers. In fact, it is so dramatically expressive – in the Platonic sense of the term, that it deserves to be recognised as a most singularly vivid kind of music-drama. Always there is a sense of cathartic development from darkness to light [or vice-versa]; it is music that is deeply rooted in concrete melody; in tone textures of harmony that are both raw and elegant. He often mixes syllabic vocalastics, poetry – even shuffling dance – with the bristling rhythms of his pianism.

His is a swirling voice full of ecstatic musicality that becomes – as the works progress – increasingly clamorous, with shrill seemingly demented outpourings evoked by blistering arpeggios and silvery glissandos, often punctuated by stabbing dyads and triads fisted into the keyboard as his melodic phrases whip and curl in sudden and great elliptical arcs and cascades of notes that leap off the keyboard and into the air around him. But his voicing can also employ softer, dynamics that sizzle under the surface of the melody. By the time his works are approaching their dénouement they have attained a structural logic that is epic in nature, evoking the proverbial catharsis of Grecian dramas. 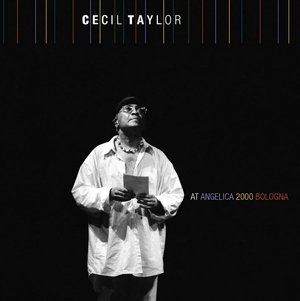 Cecil Taylor: At Angelica 2000 | Bologna This concert in Italy represents perhaps one of Mr Taylor’s finest of the rich concerto-like [or as some like to call them “layered-cells”] works which the pianist composed throughout his solo-playing career. The driving force behind the piano and recitation disc one is an ambitious melodic, harmonic [often purely] rhythmic caper around the piano keyboard. All the movements of the work – especially those which include the pianist’s vocalisations and recitations – generate an irresistible verve out of their endlessly colliding cross-rhythms and jauntily swung melodies. The last movement is a kind of musical jigsaw puzzle whose initially fragmentary and stuttering utterances gradually freewheel into what seems – at first – into chaos, but is ultimately resolved in a roaring finale, rich in allegorical sketches rich in historical and mythical allusion.

Disc two of this remarkable set is the interview part of the concert, moderated by Franco Fabbri. The most refreshing aspect of this [part of] this disc set is that Mr Fabbri is deeply knowledgeable about the music and Mr Taylor artistic vision and artistry. Moreover, he gives free rein to the pianist by asking what seem to be leading questions. Once posed to Mr Taylor, the moderator allows Mr Taylor to fully express his views – no matter how rambling they might seem. However, like his music, which often loosens up to the extent that one feels like it has been cast adrift of its original intent, Mr Taylor is a master of reining everything in and making sense of what might seem like extraordinarily long detours. Each of the seven segments here is utterly revealing. To my mind, however, “Dance for all seasons” is the most definitive one, emblematic of Mr Taylor’s lifetime of musical conceptions. 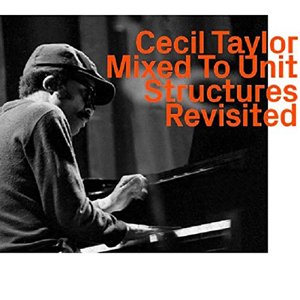 Cecil Taylor: Mixed to Unit Structures – Revisited Even the most hard-nosed naysayers and toffee-nosed cerebral refuseniks would be hard-pressed to contend that Cecil Taylor’s music lacked the deeply melodic songful intention. This – and the rich variegated harmonic universe which defined Mr Taylor’s sound world – was often overrun by the rhythmically propulsive nature of the pianist’s music. That preponderance – or “leaning heavily into rhythm” was most misunderstood aspect of Mr Taylor’s music. Proof of the fact that he was a sublime melodicist first and foremost may be heard on the eloquent, and elegiac opening sequence of “Mixed”, which features the octet – complete with tenor saxophonist Archie Shepp and the legendary trombonist Roswell Rudd. The airy tenderness with which the group opens is one of the highlights of this 1961 performance.

Mr Taylor was a discerning leader, and this began with who he chose to play his music with. On both the 1961 and the 1966 recordings [tracks 4 – 7], he features the men with whom he would play for most of his middle period – namely alto saxophonist Jimmy Lyons, bassists Henry Grimes and Alan Silva [the latter was a more frequent collaborator]; but the architecture of Mr Taylor’s polyrhythmic challenges was left to the drummers who had the kind of instinct for the pianist’s artistic conception and vision. The men who were found to be closest to him in this regard were Sunny Murray and Andrew Cyrille. Mr Murray and Mr Cyrille negotiate – with complete assurance – these monumental demands and on “Pots” and “Unit Structure/As of aa Now/Section” respectively each brings out the kaleidoscopic array of nuances and colour. Everywhere, however, one is seduced by Mr Taylor’s unfettered melodic, harmonic and rhythmic invention, which seems exquisitely unstoppable.