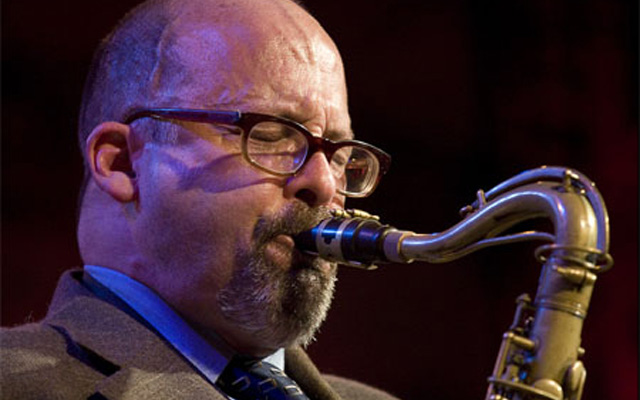 Although Dan Block ought not to need any more affirmation of his musicianship, this record – Block Party – will surely add to the reeds and winds maestro’s reputation. One of the great Romantics ever to indulge in the art of Jazz, Mr. Block is both a pedagogue of remarkable genius and also one of the finest horn players of his generation he has devised a programme encompassing multiple aspects of the halcyon days of the music – with an ingenious interpretation of Thelonious Monk’s music on the stubbornly difficult to play licorice stickwith which he interprets “Light Blue”. He glides and leaps with languid ease to magical heights and breadths on the instrument in inimitable fashion. And it is also on Gigi Gryce’s “Smoke Signal” and Walter Donaldson’s “”Ain’t No Land Like Dixieland” that he gives notice of the extent of his erudition as well.

To deliver such a programme with the kind of wide-ranging musicianship takes extraordinary ability and Mr. Block achieves this remarkably, bringing a sure response to the wry compulsiveness of “No, No, No” and its composer Phil Springer, the flickering virtuoso panache of “By The Fireside” and the maddening sound-world of Donaldson’s “Beatiful Changes”. Meanwhile Michael Carr’s “Dinner for One Please, James” 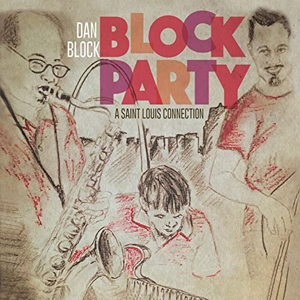 is played with a lucid mastery to match the arrangement of “It Was Written in the Stars”, which makes for a crowning finale to this record. Throughout, of course, one is enthralled by the Mr. Block’s extraordinary virtuosity and the warmth of his musicianship, highlighted by evocative and expressive playing.

One should also bear in mind that Mr. Block’s idea was to celebrate a kind of impromptu Block Party a celebration of which takes place with his guitar-playing brother Rob, together with bassist Neal Caine, pianist Tadakeka Unno and drummer Aaron Kimmel, all of whom get together with a living pulse, at other times as loosely coordinated as a wind chime (the ever-changing mood of the music apparent to the eyen rather than the ear). Simple though the music may sound as it ambles in walking metre, each note by Mr. Block is like a separate pebble gently dropped into a pool sending out ripples to the guitar-playing Block as the other band members.

By the very nature of its languid majesty this music by Dan Block encourages us to listen moment by moment rather than attempt to map it in its entirety.