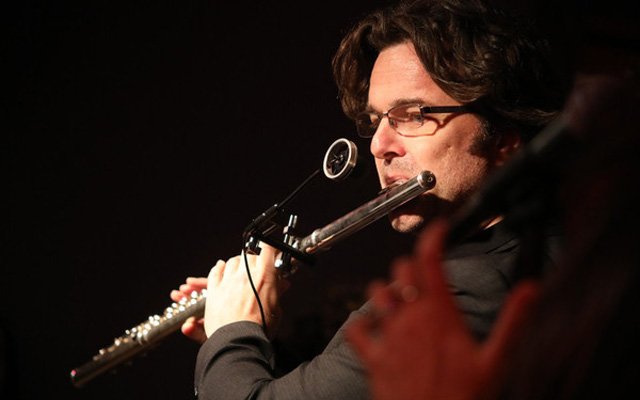 Usually music that comes with a line or so in explanation tends to distract from the purest experience of the music but this is not so in the case of Christian Artmann and his music on Our Story. One reason – an important one – is that Mr Artmann is a virtuoso flutist of the highest order and not only is the instrument itself – when played as well as he does – mesmerise the listener; the music itself is quite hypnotic. Moreover we find that Mr Artmann is a practicing Buddhist and the kind of relative stasis that the music produces on its players and its intended audience (ourselves) makes the descriptors under each title function as a kind of guided meditation for the listener. 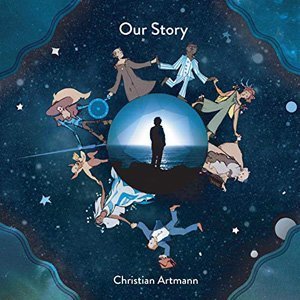 Add to that the cascades of tumbling notes such as we hear (especially) on “Earthling” which are played with the use of a phaser, and which when combined by the leaping, wordless vocals of Elena McEntire produce an almost beguiling and magical effect on the mind’s ear. Of course “Earthling” is no fluke. Even on “Quixote” – obviously inspired by the mystical character from Miguel de Cervantes’ 17th century epic El Ingenioso Hidalgo Don Quijote de la Mancha we hear much of that beautiful lilting, yet firm swing in the music, the momentum of which has already been created by bassist Johannes Weidenmüller and drummer Jeff Hirshfield as well as by the inimitable pianism of Laszlo Gardony. Meanwhile Mr Artmann takes it all up several notches once he enters the musical narrative.

Mr Artmann also plays alto flute on several titles and his facility with the lower reed is just as magical as it is with the concert version. One hears the same kind of masterful expression that the great Jean-Pierre Ramphal brought to the orchestral performance and in Mr Artmann’s contrapuntal exchanges with Mr Gardony we are reminded of the immortal classic Suite for Flute and Jazz PianoTrio (Columbia Masterworks, 1975) which M Ramphal recorded with Claude Bolling. Mr Artmann does, however, take the instruments several leagues ahead in his arrangements for flute and piano with Miss McEntire’s extraordinary vocalastics and the rhythm team of Mr Weidenmüller and Mr Hirshfield as well.

But make no mistake Mr Artmann is no classicist who appears at a masquerade ball cast in the role of a jazz flutist. His virtuosity and innate sense of when to swing enables him to bestride both worlds with authentic bonafides. Just listen to the oblique tribute to Wayne Shorter on “Tropic of Capricorn” It also pays to reiterate that this magical ensemble is considerably enhanced by the addition of Miss McEntire whose wraith-like vocals raise the music to a rarefied realm.