Home Music Chris Potter: The Dreamer is the Dream 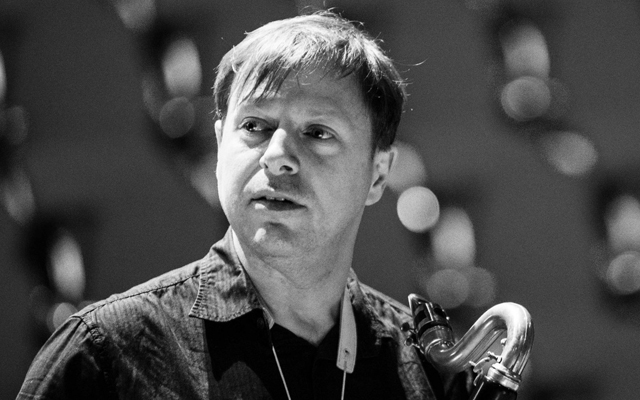 Psychologists and cognitive scientists are fairly divided on what dreams really are and mean. As far as Freud was concerned they essentially are those poems we tell ourselves at night in order to experience our unconscious wishes as real. Whether Chris Potter “told” himself this in the throes of writing and performing the music of The Dreamer is the Dream or not, it certainly seems as if something similar is at work here. What is even more remarkable is that the music enables us to cut our own experiences so to speak, from the same fabric as that into which this music is woven. It is also worthy of note that the music is eminently accessible – even in our own conscious states, and that is probably the most noteworthy aspect of all with regard to the music.

Chris Potter is not an obscurantist musician; not by a long shot, but much of his music remains as if created in the hidden recesses of the mind. It is cerebral music, if you will, but it is music that seems to have been shaped with considerable influence from the right side of the cerebrum. In other words, the music is deeply intuitive, seemingly a product of the integration of complex sensory and neural functions and 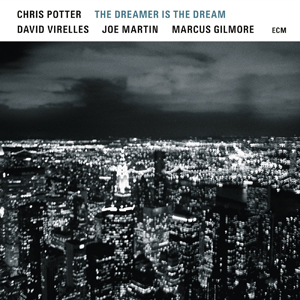 the initiation and coordination of voluntary activity in the body, and overflowing with emotion both delicate and sinuous, right from bar one. Communicating this to the listener via the inner ear – no less – is made that much easier because of Chris Potter’s exquisitely crystalline playing whether on tenor saxophone or bass clarinet.

Of course Mr Potter plays many more wind and reed instruments here, and adds electronic samples to the mix as well. That his tenor saxophone and bass clarinet convey the softer aspects of his music is a function of the lissome, supple and flexible nature of his articulation. Thus the potential harshness of the lower registers of the tenor saxophone and the almost Wagnerian sweep of the bottom-heavy bass clarinet are somehow made to soar aria-like throughout the music. His bass clarinet opening to “The Dreamer is the Dream” is exquisite and makes light of the conundrum held within both title and music. Meanwhile, in a moment (moments, really) of most extraordinary inspiration his work on tenor saxophone brings the mythical “Yasodhara” to life.

Chris Potter does not consciously mean to bridge his Western classical antecedents and blur them into his love for Jazz improvisation. But in his transcendent music there is a sense – albeit translucent – that Mr Potter (the composer and the performer) means to express and interpret his music with a near-willful phrasing of melodies, the time taken during fermatas or pauses, and the use (or choice not to use) of effects such as vibrato or glissando, all effects he most astutely manipulates as if his reeds and woodwind instruments contained within themselves a secret human voice. Few reeds and woodwinds players do this more poignantly than Chris Potter.

Additionally, Chris Potter is blessed with the musical company of the almost ubiquitous – and ingenious – David Virelles on piano, the rarefied virtuosity of Joe Martin and Marcus Gilmore, a veritable landscape painter on drums and percussion. Dreams, you might say, have also become reality for Chris Potter.