Home Music Chet Doxas: You Can’t Take That It With You

Chet Doxas is like most Canadians – reticent about publicity; diffident about promoting their artistic gifts to the extent of residing in the shadows of studio and concert stage far longer than artists of lesser renown. However his light will not be hidden in a bushel any longer – certainly not after the brilliance of the repertoire comprising the album You Can’t Take It With You. The reverence for those who came before him coupled with the extraordinary gravitas of his playing throughout this recording speaks to a genuine sense of his own place in the musical continuum and that too, playing an instrument that has come to represent a sonic beacon for the music of Jazz; that is the tenor saxophone, which is equated with the voices of such greats as Lester Young, Coleman Hawkins, Ben Webster, Dexter Gordon and others. 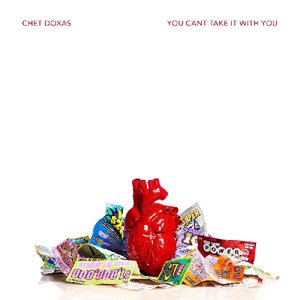 It is not by emulation, however, that Mr Doxas acknowledges his tribute to the elders. Rather, by aligning himself with the sense of being in the music continuum, he voices himself with a stream of genuinely fresh ideas that appear to pick up from where his musical ancestors left off. Moreover, in keeping with the somewhat prescient title of this album he relocates his ideas to [a] time and space where resides, “singing” them in a manner that refreshes concepts of melody, harmony and rhythm by breaking them out of the tradition that might otherwise imprison them. But Mr Doxas’ ideas and concepts are expressed with deceptive and guileless simplicity and always with a high degree of ingenuity.

Mr Doxas has chiselled his uniquely beautiful, but defiantly provocative, body of work from out of the bedrock of the so-called Jazz Tradition. But while much music may suggest a pastiche of the traditional, archetypical, romantic model of what “Jazz” is supposed to sound instead the composer and tenor saxophonist actually – albeit subtly – forces listeners to reconsider what tradition is. He does this by making musical statements that clearly suggest a freshness of approach. Thus, in the music of You Can’t Take It With You [both the album and from the song that announces it onwards] Mr Doxas positions himself in creative conflict with the age-old protocols about the Jazz song-form and how the relationships between saxophone, piano and bass “ought” to work.

In “Lodestar” [particularly] the simple ascending and descending motif is ingeniously redefined. By actively throwing overboard melodic, structural and harmonic hooks that may have become expressively blunted through overuse, Mr Doxas – together with pianist Ethan Iverson and bassist Thomas Morgan – build [or re-build] from what might – or might not – be left. This is at once a reverential acknowledgement of Lester Young and Count Basie as it is quirkily contemporary 21st century re-enactment of the “swing” vibe that the two great men created. Elsewhere in the fluid changes in tempo of “Soapbox”, a sly doffing of the proverbial hat to Charles Mingus the group recreates the song-form with novel, shimmering and shape-shifting cubism.

Throughout this repertoire, Mr Doxas continues to ring in the changes of mood, structure and tempo, making for a constantly interesting programme. The remarkable degree of integration of melody, harmony and rhythm, of composition and improvisation, of exploration, radical individuality and manipulation of tradition is impressively maintained. Mr Doxas is also superbly served by the artistic ingenuity of Mr Iverson and Mr Morgan, whose own views of both tradition and iconoclasm run like racing parallel lines that meet at the speed of light. And it is the fact that their artistry is completely attuned to the vision of Mr Doxas which makes this an album to die for.