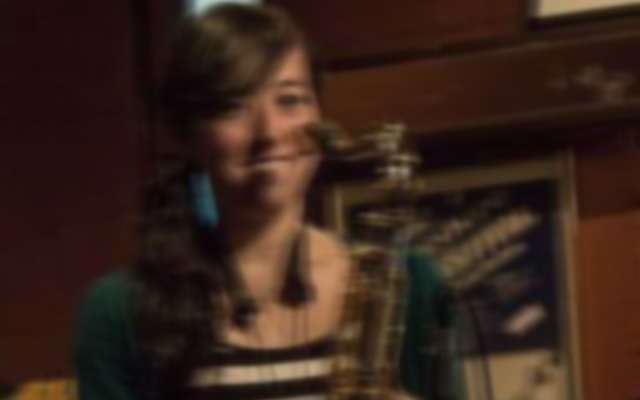 Chelsea McBride is one of those composers – and indeed conductors – not common in any generation, who dine further afield than the fanciful repertoire offered by most of her contemporaries. And to prove it she sets a table for fine dining at the very lush opening of “Ambleside” with which she opens the sprawling narrative of The Twilight Fall. The sense of being alone on an alien shore is made complete in word and deed; the solemn expectation of “purple skies that sparkled in the light of day” in the aching lyricism of Alex Samaras’ voice. It is in this opening that McBride also conveys the portentous heaving of brass and winds that unveil in the time and space of The Twilight Fall.

This is hardly the first recording to bring narrative fantasy and third-stream concretization together in an extended work. This is truly “big” music. Moreover, when saxophone, trombone and bass drum make telling entrances in the ten movements you know it. There is no sense of “drifting” away; even the ebb-tide at Ambleside has a strong undertow and its return has a power that makes you run backwards. Also be warned when you settle in 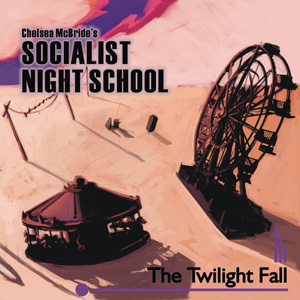 for the barely contained exuberance of the next movements’ main statements in brass and winds of this classically sized and inclined ensemble that moves with no less flair than a fully-complemented band between a jazz and symphony orchestra.

With flexible but coherent momentum Chelsea McBride takes her time to draw out the shy themes of the narratives’ from the sedate Adagio cantabile to a sort of swinging and once again “big” and brassy allegro non troppo. Her boldest step is to lend Brucknerian nobility and Brahmsian solemnity to “Spirits” and “In Dreams” and to somehow entwine both into the return to the “Ambleside” theme on full horns at the movement’s climax that bring soaring pathos to the climax of the coda. Throughout all of the intervening movements we sense an almost heroic approach to tone colours and instrumental timbre which is far from the stripped-pine tone of many a young orchestra.

There is also throughout The Twilight Fall a continence of rhetoric that may appeal to anyone not unshakably attached to the kind of didactics of storylines normally associated utopian literature, or period fantasy or their kin. Even the finale’s (“Something Simple”) efficient and inspired episodes of contrapuntal imitation and complex metres are elevated to bring this symphonic narrative to a well-earned point of arrival worthy of comparison with other works of Walden-like breadth and scope. The voltage of soli is high from end to end as well.

Performances by Colleen Allen, David Riddel and Geoff Bruce; by Brownman Ali, Chris Bruder and William Carn, by Anthony Rinaldi and, of course by Chelsea McBride – especially on “Something Simple” are spectacularly picturesque and naturalistic in detail. But it is the disc’s revelation, vocalist Alex Samaras, to whom is handed the honour of bringing the ultimately joyful perspective of The Twilight Fall to fascinating and truly impressionistic fruition. And it is something he does in inimitable style.