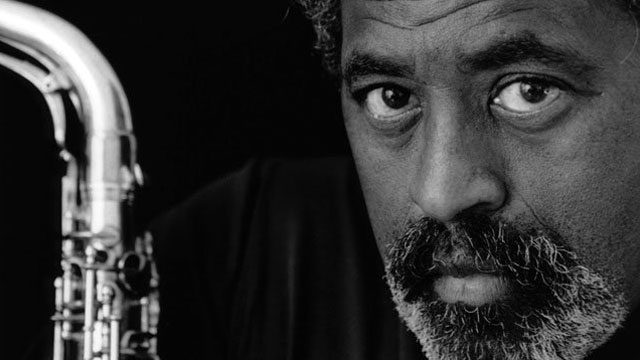 Charles McPherson is the principal saxophonist on this date. In fact he has been the principal alto saxophonist, indeed the principal saxophonist with great bandleaders such as Charles Mingus, Barry Harris, Billy Eckstine, James Moody, Dizzy Gillespie and many more important leaders. Here he is his own boss and just as he was as a member of those stellar casts, he is always the prize-winning soloist. His tone is bright and clear and his playing has an easy virtuosity that reminds me of that other great African-American Jazz great—the greatest of them all: Charlie Parker. Even Mr. Mingus found him the most Bird-like and used him for his mighty melodic sense as well as his rhythmic playing. His tone is perhaps a shade lighter than his illustrious forebear, but he is quite distinctive—a singular voice in the relatively barren landscape of altoists. On The Journey you can hear why this is so. 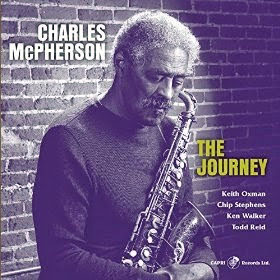 Mr. McPherson pulls together this unusual programme of originals and great Americana with his own intelligent and provocative playing. His is a creative voice whose cause has been unhampered by his spiritual closeness to Bird. His tone is luminous, elegant and subtly integrated into the melodic intricacies of the musical fare on this disc. In the relatively recent interpretation of Parkerania, “Au Privave” Mr. McPherson comes up with a piece of great beauty, which shines through all of the melodic gymnastics and still manages to be soft-grained, spacious and full of colour. Eschewing the volcanic knockabout of Bird copycats, Mr. McPherson’s playing of the iconic chart (which of Bird’s charts is not iconic?) with a cooler nonchalance, which, at least for me, is most compelling. But it’s not like this is a retrograde bebop record, despite another doffing of the proverbial hat to another bebop legend, Bud Powell. There is much more to delight the ear and stir the senses.

There is work here that gets to the heart and soul of melodicism, for instance. Any saxophonist let alone an alto saxophonist tackling some of the music here—“Elena” and “I Should Care” for instance would require fingers of steel to penetrate the waves of notes, as well as a poetic inclination to let the melody run its introspective course. It also takes articulation of the highest order to bring harmonic ingenuity to such intricate melodies. And Mr. McPherson achieves all of this with a pride and passion all his own. This is because his musicianship is inspired. His vaunted glissandos are accentuated by glorious and melismatic arpeggios that never seem to tire of producing a magnificent sound. Mr. McPherson is quite simply a vehicle of virtuosity; a true maestro of technique and passion who creates impressionistic arias on his alto saxophone also creating a strong visual sense of time and place. This is a disc of exceeding majesty.

Track List: The Decathexis From Youth (For Cole); Elena; Spring Is Here; Manhattan Nocturne; Au Privave; I Should Care; The Journey; Tami’s Tune; Bud Like

Charles McPherson was born in Joplin, Missouri and moved to Detroit at age nine. After growing up in Detroit, he studied with the renowned pianist Barry Harris and started playing jazz professionally at age 19. He moved from Detroit to New York in 1959 and performed with Charles Mingus from 1960 to 1972. While performing with Mingus, he collaborated frequently with Harris, Lonnie Hillyer (trumpet), and George Coleman (tenor sax). Mr. McPherson has performed at concerts and festivals with his own variety of groups, consisting of quartets, quintets to full orchestras. He was recently featured at Lincoln Center showcasing his original compositions and arrangements with a seven-piece ensemble. He has toured the U.S., Europe, Japan, Africa and South America with his own group, as well as with jazz greats Barry Harris, Billy Eckstine, Lionel Hampton, Nat Adderley, Jay McShann, Phil Woods, Wynton Marsalis, Tom Harrell, Randy Brecker, James Moody, Dizzy Gillespie, and others. Read more…