Home Music Casey Abrams: Put a Spell on You 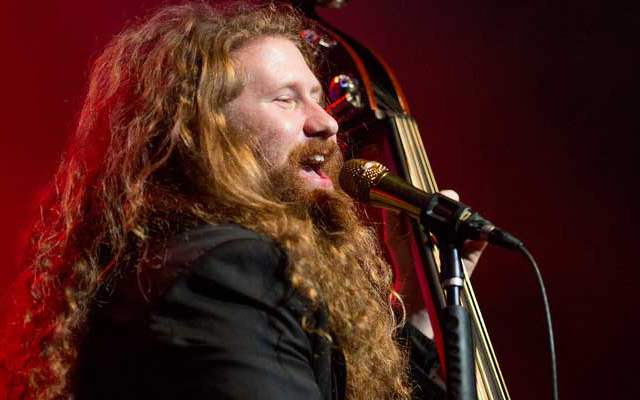 If you heard the name Casey Abrams and it didn’t ring a bell, or the only bells it rang were the ones that said, “American Idol” and “Post Modern Jukebox” then you were a part of the small tribe of people who knew all that was to know about the bassist. Or so you thought. Mr Abrams has now shown up as the leader of a recording date that may be less likely about TV ratings and more likely about serious music than ever before. Put a Spell on You is not only on the audiophile Chesky Records label, but the record also puts his proverbial feet to the fire, testing his chops in the spare, but challenging, scenario of a trio featuring guitars, saxophone and voice. Not surprisingly the bassist comes up trumps – or at least leaves his mark on the music. 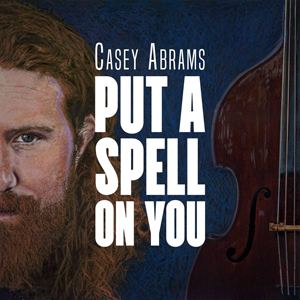 Mr Abrams is clearly driven by the impulse to discover new ways of presenting music, which combines artful wit – an aspect of his character that has informed his performances with Post Modern Jukebox – with imaginative ways of using his voice to engage musicians and tell the story of the songs. The project is also imaginative in that it melds the twangy swagger of the guitar and the forlorn honk and wail of the saxophone with Mr Abrams’ gnarled voice. The repertoire is also eminently suited to the personality of a musician who has an infectious stage presence, a sense of theatre and this certainly bodes well for the music – especially the dark passion of “Put a Spell on You”, a performance where Mr Abrams generates the kind of excitement one would normally associate only with a situation where the legendary dancing James Brown meets legendary swaggering Ray Charles.

The trio – recorded in the airy warmth of Brooklyn’s Hirsch Center by Nicholas Prout’s iconic binaural head – soars even higher and mightier on “Lost and Looking” as Mr Abrams’ gravelly howl is suspended over the pizzicato rumble of wry bass lines, a ghostly sinister guitar stalking the vocalist as if on a darkened stage and Mr Abrams really cranks it up by elongating some syllables and repeating others as he knifes his vocal accents through the lyrics of the second verse. Mr Scesney’s saxophone is sorely missed at first, but later in the song one understands why he sat this one out, as the song is the cry of a “tortured” lover and makes perfect sense as it is.

Speaking of Mr Scesney and Mr Tesler’s role in the music; both provide deliciously apt accompaniment for Mr Abrams to often tear the flesh off the songs’ proverbial bones as on “Let’s Make Out”. This is the textbook wind up for the cool-down of “Nature Boy”, a wistful sepia tableau in the hands of Mr Abrams – and, as it turns out – the marvellous saxophonist Mr Scesney, who is given well-earned time to stretch and relax both alone and under the vocal when Mr Abrams returns with a beautiful contrapuntal harmony in the second half of the song. (One almost misses the vividly placed percussion).

It has to be said that both vocal and instrumental performances often dwell in the palette of lighter shades of pale: the unremitting melancholy passion and nuanced half-tones which this creates will enchant many listeners, drawing them into the spell that Mr Abrams so skillfully casts on his audience – especially on classic renditions of “Georgia on my Mind” and “Take the A Train”.