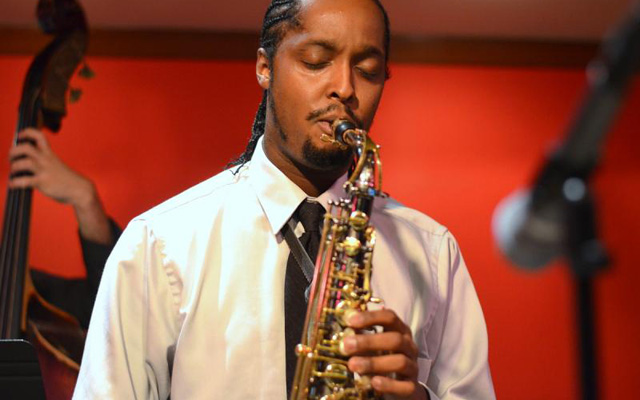 For those who have ever missed a Carl Bartlett Jr performance in the recent past now is the time to catch up for we are all in luck. Mr. Bartlett has released the album Promise and it’s further evidence of what a fine composer and performer he really is. The album has eight songs, which may sound as if that’s a rather small number to have on a full-length album but, in fact, that is not the case. Each of the songs are gorgeous melodies developed from well-centred themes that unfold magnificently into fulsome improvisations from the alto saxophonist, and the remarkable members of his quartet, which includes Yoichi Uzeki on piano, the venerable Marcus McLaurine on contrabass and an outstanding drummer in the form of Sylvia Cuenca. Moreover, on two charts his uncle Charles Bartlett joins in to enliven the quartet.

Carl Bartlett Jr is a revelation throughout. Music seems to come fluently to the saxophonist and ideas seem to flow right out of the bell of his horn. Mr. Bartlett is a deep thinker and the source of music is right down in his guts. Once this collides with the hot breath escaping from his lungs the gush of air quite literally lifts the black dots off the manuscript paper. Notes soar , dance and pirouette in the room, thick with music. It’s tempting, but very hard to single out just one or two tunes for special mention, but one is drawn almost instantly to “High Pizzazz” with its firm grasp of Brasilian metre and its overall sassy attitude. 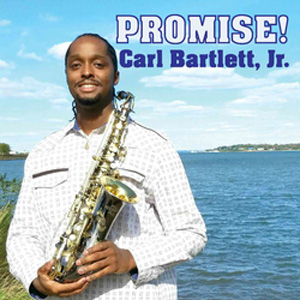 Mr. Bartlett shows magnificent grasp of time as he makes quick and adventurous rhythms changes several times through the piece. The other beckoning piece is “Ethereal Heartbeats” which serves notice of the composer’s rather mystical bent of mind.

The addition of brassy heat on a wonderful sketch, “The Bartlett Family” and the concluding “It’s Been So Grand” are both features for the young alto saxophonist’s uncle, Charles Bartlett. The trumpeter brings music right from the bluest part of the flame. While his elemental wail scorches both tunes, his trumpet breaks are utterly glorious on the latter chart. But it is the alto saxophonist who steals one’s heart throughout this performance. His tone is sharp, yet can turn sumptuous when the pace of the music slows to balladic metre, as on “As The Gift Unfolds Before My Eyes”. Then, listening to the way in which Mr. Bartlett seductively bends the notes and sculpts longer sustained inventions is a clear signal that there’s not a semiquaver that hasn’t been fastidiously considered. And that speaks to the maturity of a truly talented alto saxophonist who is a welcome gift to Jazz.