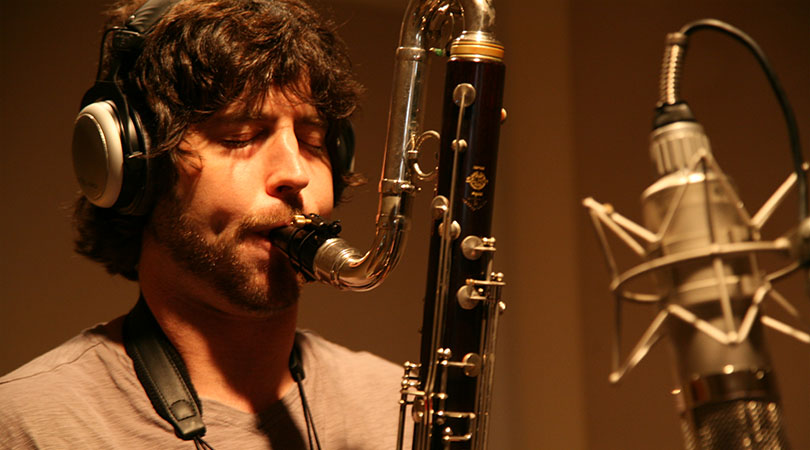 In a realm where musicians inhabit the bass lines of instrumental music, Brian Landrus stands alone. The reeds and woodwinds player is probably the only musician who plays an array of instruments ranging from the baritone saxophone to the rarely-played contra alto clarinet that reaches the proverbial challenger depths. However, as if playing these instruments is not sufficient, Mr. Landrus achieves the rare distinction of excelling in each and every one of them. This is something he shows with élan on Mirage a dramatic record that traces his own epic odyssey into a seemingly Cartesian region of mind body and soul. Here is discovered that this extraordinary musician embodies a deeply spiritual nature imbuing in his music that which is both enigmatic and concrete; with melodies entwined by harmonies that dally, romantically swathed in swinging tempi that are sometimes so Bacchanalian and delicious that it seems they can only be enjoyed surreptitiously because they are almost mysteriously profane despite also being rooted in the spiritual. 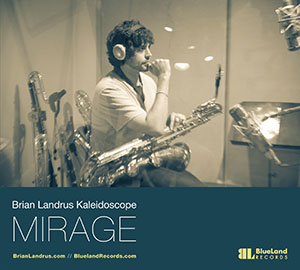 The enigmatic “Arrival” starts the record off with the purported advent on such a spiritual galactic place where it appears that which is unknowable, is musically revealed with a dazzling flourish at the end of what is suggested to be the end of a captivating dreamlike journey. Here the rumbling bass, depth-defying drums and smashing cymbals vie with the growling bass clarinet and itinerant strings to settle on a tantalising rhythm, the guitar plays a long, welcoming phrase for the bass clarinet of Mr. Landrus. None of this can prepare the mesmerised listener for the electrifying violin, which leaps like an excited gazelle forward into the unknown where the further characters and situations within the musical adventures of the reeds and woodwinds are unveiled. While all of this would be wondrous, none would be quite as memorable without being enveloped in the diaphanous fabric of violins, viola, cello and bass, brought to fruition by sublime arrangements and the conducting of the ever talented Ryan Truesdell.

The music moves with in densely textured waves from one rhapsodic tune to another. Thus the hypnotism of “Arrival” gives way to the fabulous character-sketch of “Sammy,” a rapturous portrait that often features in the shadowy dominion of musical concerti, not so well hidden between movements that bring the listener closer to the core of the whole musical expedition. In the case of this record, it is the chart “Mirage,” a work that reveals the fluttering heart of the record. Here the musicians unveil all that is the real and the unreal of this imaginary dream-scape to which the musicians have arrived via a memorable series of set pieces, including that brilliantly rapturous cadenza—“Reach”—which is played out in the depths of the contra alto clarinet by Brian Landrus. All this after the miraculous bass work of Lonnie Plaxico—especially in the opening movement of “The Thousands”—and in the continuously stunning polyrhythms of drummer Rudy Royston, and the percussively idiomatic and concrete pianism of Frank Carlberg and guitar of Nir Felder.

While “Mirage” is the focal point of the suite, the music and musicians experience a kind of release from the dynamic tension that has wound the music up until this point. The release from this tautness is no less dramatic in the ensuing parts of the music. This reaches another apex in another mysterious piece, “Three Words,” which appears to be a preamble to a refracted mystery in the glittering architecture of “Jade” on which Brian Landrus paves the way for another soaring solo by violinist Mark Feldman, brought down to the depths of the galactic sojourn by the bass clarinet of Mr. Landrus. The beauty of this solo paves the way for the mystical “Kismet”—perhaps the most wonderful bass saxophone solos by the wonderful Brian Landrus. This completes what is certainly one of the most exciting musical journeys into the ever exciting unknown of improvised music. Happily, the infinite nature of the musical phrases in this piece suggest that more—much more—in the way of epic musical journeys is likely to be undertaken by Brian Landrus and Kaleidoscope.