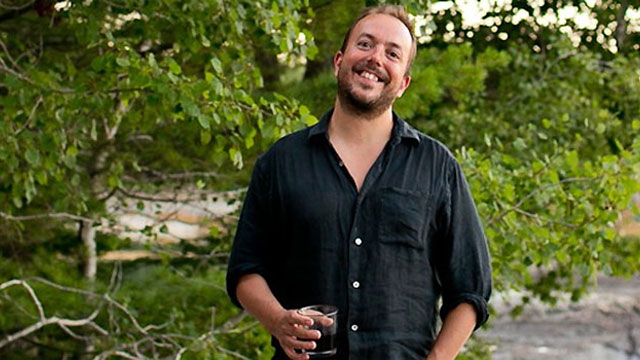 Bill McHenry has a big fat tenor sound and he lets it fly on his marvellous album La Peur du Vide, a title plainly translated as The Fear of Emptiness. Mr. McHenry lays it on from the very first chords that he plays where there is that feeling of being in the vortex of something large and all-consuming. At the risk of sounding facetious, this moist, large sound of Mr. McHenry’s tenor is much like the one John Coltrane achieved and although this is a quartet, Mr. McHenry conjures up the spirit of Mr. Coltrane’s legendary sound on the latter’s Africa Brass Sessions so splendidly directed by Eric Dolphy. In fact, “Siglo XX” may actually be a not-so-secretive canticle to that session—or at least to Mr. Coltrane’s “Africa” only moved up a minor seventh or so. But “Siglo XX” dwells in its own singularity as well. It is a mighty melody that sets up the album with a sense of the mightiness of the earth and the void from which it was made as well as the emptiness that surrounds it and makes it spin inexorably until the end of humanity. 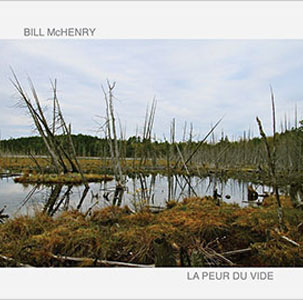 However Bill McHenry’s music is not filled with the pessimism that plagues much music of today —especially popular music. It simply cannot because it is based on the blues and the blues is all about hope. Still, from the monumental attack of “Siglo XX” the sense of wonder abounds in the harmonic colours that surrounds the song; in the steady vamp of Eric Revis’ thick and muscular chords and the tidal attack of Orrin Evans’ pianism—comprised of viscous and tidal arpeggios and dissonant glissandi—and of course in the majestic pulsations of the great drummer Andrew Cyrille. And if it seems that the mightiness of the earth’s existential being is pitched at the listener from the first bars of this tune then the theme of the album and the obvious search for melodies and harmonies and rhythms that will help the saxophonist and his ensemble express what he is looking for is the leave-behind of much, if not all of the music.

There is a short sequence on “Recognition,” a few bars into the song where Mr. McHenry simply blows into his horn as Mr. Revis and Mr. Cyrille let their harmonies and polyrhythmic pulsations roam all over the melody, which, remarkably, has been vacated by the saxophonist. This wonderful introspection is one of the highlights of Mr. McHenry’s playing. The saxophonist has an extraordinary sound. It is born of powerful lungs that expel great gusts of air. With sublime embouchure, Mr. McHenry is able to carve the air outside the bell of his big horn with notes that flow in wide arcs and enormous circles. This should not suggest repetitiveness. Mr. McHenry is one who chooses his notes with great care. He elongates some and dallies on these notes as if he is caressing them. But these are not the only elements of the melody that he brings life to. Mr. McHenry can also sometimes play in short bursts of notes that spiral out of his horn as they do on “In Sight” and on “Trillard”.

On “Today” and on “La Peur du Vide” the crowning glories of the album, Bill McHenry pours out his beating heart. In many respects the former chart, which almost seems to be a continuation of “Siglo XX” seems to set up the saxophonist for the deep and anguished look at the void that he appears to be confronted with. The title chart, as it turns out, is an existential examination of that abstract void that confronts the musician. Mr. McHenry plunges head first into it. Then the magic—more precisely the “duende” of deep song begins to inhabit the soul of the musician that follows head and body into the song. As the epic musical journey begins, the melody is filled with a calm that comes from a philosophical reassurance that all is well. This part of the song is beautifully expressed by Mr. Evans’ work on the piano that shapes the middle and resolute end of the chart. Mr. Evans is exquisitely assisted by the brushwork of Andrew Cyrille while bassist Eric Revis plays contrapuntally (assuming the mantle of lead voice) examining theme and challenging melodic extensions. When Mr. McHenry returns with characteristic candour, the sharp colours herald the resolution of the proverbial fear of the emptiness that the song is meant to examine.

This is a fine album by a saxophonist who is announcing his intent to tackle major melodic and harmonic challenges with every new album he produces. La Peur du Vide stands out as the finest effort by Bill McHenry so far.

Bill McHenry on the Web: www.billmchenry.com