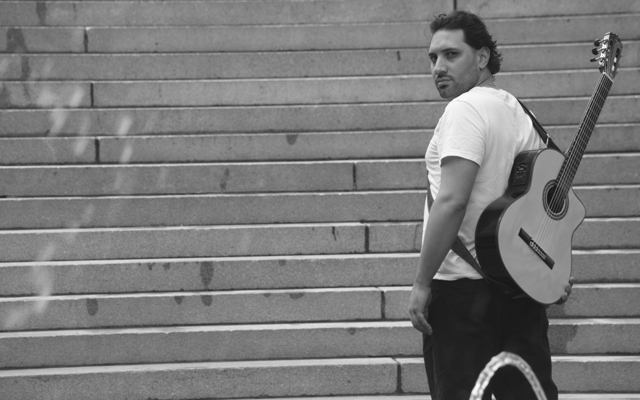 Its one thing for a virtuoso musician to breathe in the vapours of disparate music of the world in the time of globalisation, made more so by today’s worldwide web. But to be artistically ingenious enough to exhale with a voice so unique that the ensuing music carries a stamp of singularity – now that takes a special kind of genius. And this is what Benjamín Schnake has in spades. All of the above is poured into the music of The Joy of Playing so that it is not only brimful with the appropriately aforementioned ‘joy’ but overflows is such a measure that it is infectious, and informs every musician on this set. 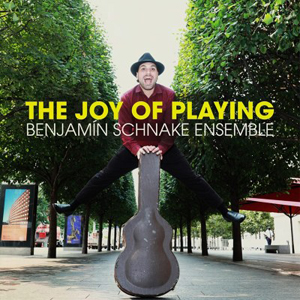 That Mr Schnake is Chilean is not just recognisable, but also exuberantly palpable. However, by his own admission, he is steeped in the music of Victor Jara and Violeta Parra, as much as he is a student of Bach and Schubert. Moreover, being a guitarist, he is drawn to the blues and to the music of Robert Johnson. Besides his love for large textural palettes means that he has listened to and absorbed much from Gil Evans and Maria Schneider. He has put all of this into his own voice, a rich, alchemical amalgam bursting with artistic individuality on full display on the repertoire of this marvellous album of songs entitled The Joy of Playing.

His music here is admirably and highly polished. Melodies are beckoning and full of heart. Harmonic conception is decorative to the point of being rhapsodic. Rhythms are informed by radiant traditional Chilean dances, alluring in their vigour and spiritedness. You get a sense that Mr Schnake is a highly cultivated player with exceptional technical address and his rhythmic sense is immaculate whatever the tempo. In his gorgeous arrangements of considerable variety and sensuousness, he makes notes leap off the page and pirouette and leap for joy.

But he is also equally adept at bringing a kind of bittersweet ache to music – such as we experience on his ballad “She’s Gone” and also in Charles Mingus’ eternal lament “Goodbye Porkpie Hat”. His emotional nature also permeates his orchestrations. But more than anything else, he is able to inspire his ensemble to immerse themselves in his vision as well as dig deep into their own emotions, to make each of these charts truly special.

But the musicians of this ensemble don’t arrive at that place without taking a leap, intellectually and musically and with the kind of instinct that enables each one of them to get way beyond ‘what’s written’. The result is orchestral colour of rare beauty and joie de vivre. For all of these things this is an album that ought to be regarded as one of the very best of 2021; with music to die for