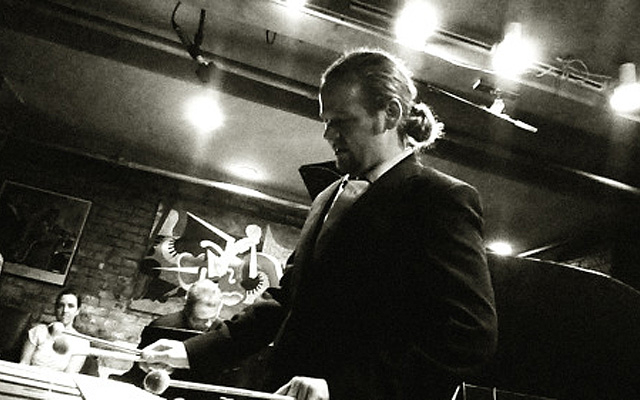 It takes but one ‘third’ to recognise the ‘hand’ of Art Tatum in ‘Willow Weep for Me’, a ‘flatted fifth’ to pick out Charlie Parker in any orchestral line up, a ‘seventh’ to do the same with Milt Jackson and while it may take a little while to pick out Behn Gillece from a flurry of notes, his vivid harmonic approach to the vibraphone is fast becoming his indelible signature, quite apart from the other two-handed vibraphone players out there as he cuts to the quick with every new song he performs. 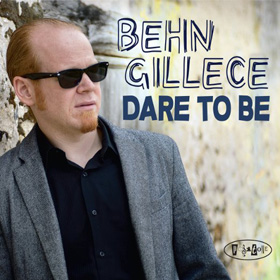 Dare to Be is the record that puts Gillece in a maze of mirrors in which reflections of past masters of the vibraphone can confound a young player of an instrument glorified by the likes of Red Norvo, Milt Jackson and Bobby Hutcherson. But certainly on this album, Behn Gillece breaks out. His ethereally resonant notes sound more knowing as the music on the album progresses. The positive surges of melody leap from a performance that juxtaposes utmost delicacy with eruptive power. Similar mastery of contrast makes Gillece’s account of a blues quite memorable and affecting. His playing is intensely alive to expressive nuance, textural clarity and elastic shaping, and his sound maintains a glow even at the most torrential moments.

Gillece has assembled a stellar group ion this rite of passage. Chief among them is Ugonna Okegwo, a bassist who, along with Jason Tiemann Nate Radley and Bruce Harris, provides the musical luminosity, spaciousness and zest from which Gillece’s fertile imagination takes flight. Ten graceful episodes fill this performance. Each is a gleaming gem, from the lilting melancholy of ‘Amethyst’ to the graceful spaciousness of ‘Dare to Be’ and the daring-do of ‘Trapezoid’ and the lilting buoyancy of ‘A Time for Love’. But no matter how virtuosic a performer you might be let’s be clear: you don’t adopt Jazz. The Music adopts you and it now eminently clear that it has taken Gillece under its wing.

Track List: Camera Eyes; From Your Perspective; Amethyst; Signals; Drought’s End; Same Shame; Live It; Dare to Be; Trapezoid; A Time for Love.