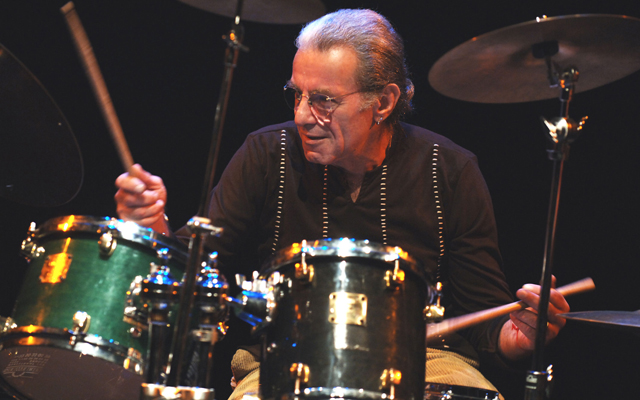 The term “power trio” is the perfect one to describe the unit that creates the visceral energy which, in turn, swirls around the musical vortex created by Barry Altschul and The 3Dom Factor featuring Joe Fonda on contrabass and Jon Irabagon on tenor and sopranino saxophones Live in Krakow. It is an exuberant, intense, almost-hour-long set of five pieces culminating in the crowning, eponymous one – “The 3-Dom Factor”, an geological metaphor, that separates each instrument into a virtual geological entity whose shifting relationships evoke the massive forces that appear to shape the planet.

Sometimes the entity stack up immensely; at other moments – most especially with Mr. Irabagon on sopranino saxophone – they thin to the most diaphanous textures; but always there is the sense of returning to the same point, only to discover that the view 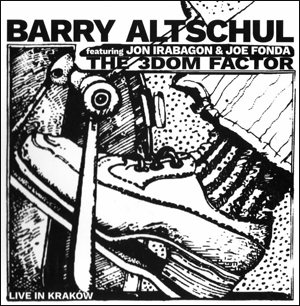 has changes in the interim. On top of these seismic musical processes, Barry Altschul, Joe Fonda and Jon Irabagon create a sort of ‘orchestral’ superstructure whose riotous details suggest the teeming life of the world of music in all its protean variety.

Barry Altschul’s aristocratic drumming tussles mightily and incessantly with the grit and gravitas of Mr. Irabagon’s tenor saxophone and Mr. Fonda’s death-defying bass on “Martin’s Stew” and (pointedly) on the phenomenal conclusion “The 3Dom Factor”, the latter of which is the massive collective and incomparably thrilling voice of this band. The ghost of Thelonious Monk returns, spiritually alive and roams the stage all through his iconic song “Ask Me Now”.

Mr. Altschul leads his cohorts on “For Papa Joe, Klook and Philly Too”, the brilliant jigsaw puzzle of brightly coloured musical fragments which are dismantled and reassembled as the work progresses. And the elegiac sketch, “Irina” is a charming, light-footed and seductive account full of wit and colour. The musicians’ moulding of its intricate architecture is unfailingly secure as the bassist and saxophonist respond to the demands of the drummer with engaging immediacy.

It’s difficult not to fall hard for a record as fine as this one.