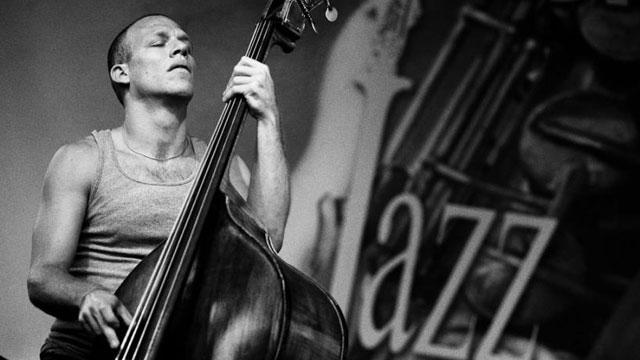 Like Duende that came a few years before it, nothing illustrates the mastery of bassist Avishai Cohen better than From Darkness the ascendency of Mr. Cohen. The wonderful paradox that is Mr. Cohen is illustrated by a considered glance at the following example: When poet TS Eliot wrote for elites, and revered tradition, it qualified as a founding father of literary modernism. Likewise Avishai Cohen, a musician, who breathes deep in the air of a tradition that includes Oscar Pettiford and Ray Brown illuminating a poignant longing for the past, worshipping, at the same time, at the altar of modernity by paying homage, albeit askance, to the music of Jaco Pastorius. This example of discreet unification is the extraordinary motivic concentration of the 2015 recording. This Razdaz Recordz CD is nothing short of sumptuous, one in which the ubiquitous trio is in full flight throughout. And we are the fortunate beneficiaries of this exceptional playing. As usual, Avishai Cohen leads this chamber ensemble in the absolute miniature with pomp and circumstance. He casts notes, phrases and lines with imposing spirit, exemplifying an unbridled genius that can only exist in a rarefied realm. I am not surprised at this, at all. It is the only way Mr. Cohen can exist. 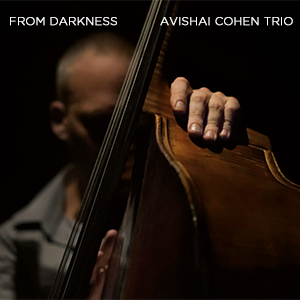 The richly resonating magnificence of his pizzicato and arco playing is redolent in the art of classic playing of the bass violin. It creates an uncommon brotherhood with the momentum and ingenuity of Nitai Hershkovits and the rolling thunder of Daniel Dor’s drums. The dramatic tension contained with the trio is such that the group often bursts into visceral excitement right from “Beyond” onward. The three way counterpoint between the kindred spirits is rather piquant indeed and soars over the composer’s evocative and deep, soulful music. The men convey the full sensuous passion that is contained with the compositions and the beautiful profundity of the music. Its glorious character speaks depth of emotional feeling and while bringing to prominence the music’s great eloquence and tenderness. Through it all Avishai Cohen’s lyrical performance is matched by the singing of the piano and the melodic melismas of the drums—yes, the drums! Such intuitive, intelligent and passionate playing of the brilliantly composed music makes joins for a coruscating, almost inebriated trio. The beautiful autumnal dawns and utterly fascinating and emotional crepuscules of duck are irresistible to the ear especially in “C#-” and continue on through “Ballad for an Unborn”, “Almah Sleeping” and the soaring beauty of “Amethyst”.

“Halelyah” and “Smile” have compelling feelings of tender repose; “Smile”, with its minute diminuendos and crescendos, delights beyond compare as it joins hands lovingly by the almost palpable and visual linking of hands with its composer and his film Modern Times, from which the song is taken. There are many moments indeed when the music sweeps across this disc with unrivalled majesty; not a moment when it sounds weary. It is ecstatic indeed, recalling the continuing reflection that through Avishai Cohen’s musicianship his very soul, unhampered by feelings of constraint wishes to soar in free flight. “From Darkness”—both song and album is the perfect and glowing agogic bass-playing of moving and serene radiance, “sung” here by the eloquent and magnificent bassist, pianist and drummer. All of this beauty serves to reinforce the belief that there are few finer examples of recorded performance. The disc is well worth having for that alone.

Avishai Cohen, born in Kabri, Israel on April 20th, 1970, grew up in a multicultural family whose roots were found in Spain, Greece and Poland. At home, music was always in the air, with his mother Ora, an artistic influence, listening to both classical and traditional music. Avishai’s musical journey began when he was nine years old, when he began playing the piano. After moving to St. Louis, Missouri with his family aged fourteen, he continued to study the piano and began to play the bass guitar. The electric bass put a spell on him when his teacher introduced him to the music of luminary bassist Jaco Pastorius. Back in Israel, Avishai joined the Music and Arts Academy in Jerusalem to further explore the bass universe. At the age of 22, having served for two years in an army band, he decided to take a big step and moved to New York city. Read more…