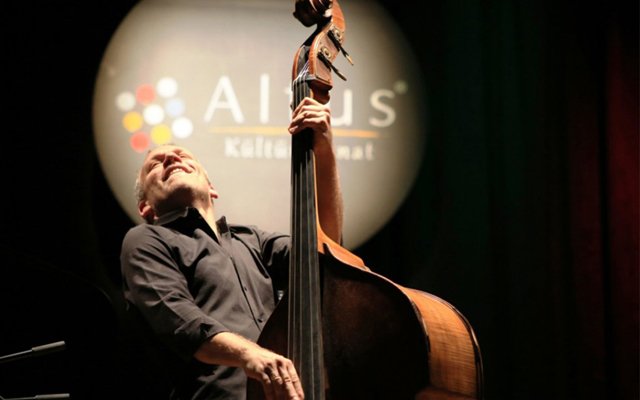 Whether Avishai Cohen realised he was bringing something Charles Mingus said about creativity to fruition is open to question. But there is no doubt that it has all came together on the music of Arvoles. Mr Mingus, in the slim volume, More Than a Fakebook once wrote, “Creativity is more than just being different. Anybody can play weird – that’s easy. What’s hard is to be as simple as Bach. Making the simple complicated is commonplace – making the complicated simple, awesomely simple – that’s creativity.” And there is ample evidence on this disc to testify that Mr Cohen’s music has progressed to a point when it now sounds breathtakingly simple. It is not simple, of course; but listening to some of the songs surely Mr Cohen can only be said to be performing in a state of grace and wonder; agape at the immensity of the world around him. 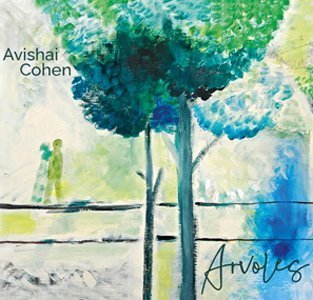 Mr Cohen is essentially an experimental composer, exploiting principally, the potential of his instrument; its construction by sometimes playing in such a high register as to evoke a celestial harp. He likes to explore ways to increase the range of the contrabass to which is traditionally limited to three, five and – in some cases up to six – octaves. In Mr Cohen’s hands it appears to stretch beyond what it has customarily been made to do. With fingers and bow Mr Cohen produces not simply a wider tonal palette, but also a breathtaking range of emotions. He does this through his use of technique. For instance his bowed notes in the lowest register of the instrument produce a dark, heavy, mighty, or even menacing effect, when played with a fortissimo dynamic. However, he can also inform the same low pitches played with a delicate pianissimo with all things bright and joyful by creating a sonorous, mellow accompaniment line. The dramatic effects of this ability can be heard in the changes that occur between the two “Gesture(s)”. And the dramatic songs, ‘Arvoles’, “Face Me” must and “Elchinov”, are absolutely spellbinding.

Although he likes to solo and does so with extraordinary effect Mr Cohen is a very empathetic accompanist. This comes from his becoming more of a “composer” than a “player”. This is seen in the four songs on which the trio is extended to a quintet with the addition of Björn Samuelsson on trombone and Anders Hagberg on flute. Their idiomatic performances together with those of drummer Noam David and pianist Elchin Shirinov suggest that the music exquisitely interiorised. Mr Cohen’s contrapuntal conversation with the pianist on “Elchinov” and the multi-line counterpoint on “Childhood” is heraldic and quite superb. Another feature that distinguishes Mr Cohen from almost every other bassist today is that he appears not to write music that suggests literary significances. His music is to be understood purely on musical terms – often even as if they were to be “sung” instead of simply “listened” to.

His works are also like beautiful, heartfelt miniatures infused with an intimacy and an emotional intensity that can only be described – as Heine once said – the “poetry of feeling”. And yet while the concentrated and sometimes even volatile nature of his imagination might invite speculation of non-musical meanings in his music Mr Cohen’s work resides in the realm of pure and unadulterated sonic adventures. Best of all, his most intense compositions – some of which can be found on Arvoles (its cover featuring a most fetching painting by his mother Ora Cohen), especially (in my view) “Elchinov” and “Wings”, which swings with great majesty – sound like spontaneous improvisations that have been forced from the unconscious by overwhelming emotion. All of this makes Arvoles an album to die for…