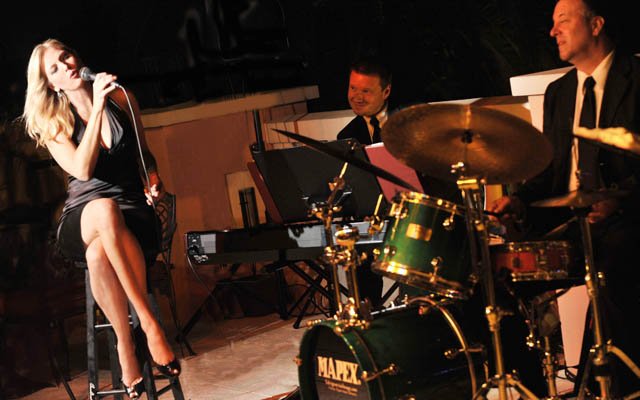 This foray into the realm of classic songs from the American Songbook has a lot going for it – not the least, the softly sultry voice of Ashley Locheed as she fronts this quartet co-led by the virtuoso pianist Chris Rottmayer who, together with bassist Chuck Archard and drummer Keith Wilson, are all in fine form. What leaps out at you, though, is the group’s deep affection for the music, which comes across in their creativity evidenced in the rhythmical re-arrangement of the songs – especially “Agua de Beber”. 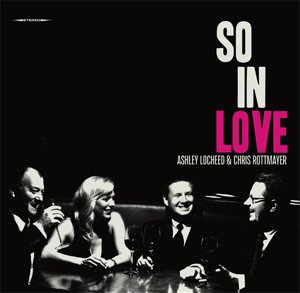 Miss Locheed is a spry soprano whose voice may be bent and twisted to her will: limpid and light when it needs to be and fierce when the lyric calls for it; sometimes changing on a dime in the same song. Her diction is exceptional throughout. There is evidence of real imagination behind her interpretations of these songs – most of which have been done to death by other vocalists on a regular basis. Mr Rottmayer for his part is far from merely an accompanist, and he is often a full partner in the proceedings. Like a truly empathetic accompanist, however, he knows exactly when to stay in the shadows and let his vocalist shine, and when it’s time for him to emerge into the spotlight and display the full virtuosity of his pianism.

The highly expressive and unabashedly inventive manner of these interpretations on the part of Miss Locheed and Mr Rottmayer does much to enhance the poetry of these songs. The recording that they have re-created here is replete with a sense of respect for the music as well as the daring to ring in the changes in harmonic and rhythmic conception. And that’s saying a lot for musicians these days; many of whom simply do not have the wherewithal – as these musicians do – to go ahead and step outside the box; and in a world so resistant to change they also do well to shake things up a bit.