A Romantic, dreamy and almost mystical Cuba permeates this recording by Aruán Ortiz entitled Cuban Nocturne, which makes up seven songs – and the theme – from Sin Alas a film by Ben Chace. The music stems from the bolero form in fragile melodic strands that are hauntingly introverted and miniaturist with very minimal, seemingly spontaneous improvisation, and yet these eight pieces infuse the conventional (bolero) form with an intimacy and an emotional intensity which can only be described as the poetry of feeling. This is also music that carries literary and pictorial significance something that Aruán Ortiz seems to have kept hidden while he reveled in his other musical persona, which is somewhat more contemporary and tending towards an avant-garde, experimental nature.

Still, the concentrated and volatile nature of the imagination of Aruán Ortiz does break out every now and then even in the emotional and dense colours and poetry of the music. There is a spectacular monochromatic feeling about each of the vignettes; a sense that the shimmering right hand melodic adventures dwells in light while the left hand dances forth like an attendant shadow as if following 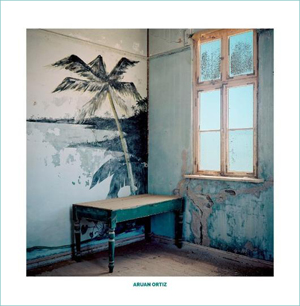 the character of Luis Vargas (the film’s principal character) in his restless search to find the meaning of his recurring dream as he pursues the memory of his beloved the once-famous dancer, Isabela Munoz (also a character in the film) and Luis Vargas’ lover.

Both the theme “Cuban Nocturne” (on Side A) and the two “Interlude” pieces (on Side B) feature an emphasis on long unbroken lines in the right hand while in his remarkably pristine renditions of the composers Ignacio Cervantes (“Pico Tazos”, “Los Tres Golpes” and “Illusiones Perdidas”) as well as Ernesto Lecuona (“Danza Negra”); in Antonio Maria Romeu (“Tres Lindas Cubanos”) and Frederica Mompou (“Musica Callada”)Aruán Ortiz marks out the music is uniquely his own in the way he decorates the simple phrases not as ornament for ornament’s sake, but as the expression of deeply felt emotion. In doing so Aruán Ortiz reveals the music’s epic sensibility, with intensely lyrical gestures.

Throughout the recording we hear every melodic detail as each piece unfolds in the spirit of resigned introspection following the beautiful main theme in slow rippling figurations of the right hand, always shadowed by classic Cuban tumbao from Aruán Ortiz’s left hand. Clearly this is one of the most celebrated recordings by Aruán Ortiz. That each note sounds fresh and alive is due to the fact that this is another one of those Newvelle recordings made sonically brilliant by the (recording) engineering wizardry of Marc Urselli and mastered by Alex DeTurk for the discerning producer Elan Mehler.