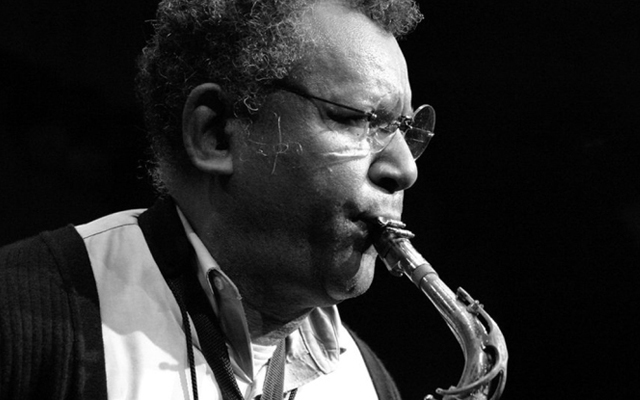 With every new work and every new release Anthony Braxton enhances his reputation as perhaps the most important composer in contemporary music. The staggering array of instruments he plays with a breathtaking degree of virtuosity with which he engages each suggests that his value as an instrumentalist is much more valuable that many critics have cared to admit. Both these aspects of Mr Braxton are at work on this disc (Willisau) 1991 Studio. Moreover, as music that was first heard twenty-seven years ago, if the cognoscenti and other listeners in general were paying attention this music foreshadowed what was to follow: this took the form of the Trillium operas – Trillium A (1 act), Trillium M (1 act), Trillium R (4 acts), Trillium E (4 acts), Trillium J (4 acts), and Trillium X (4 acts). The five-act Trillium L is currently in the works.

But the (Willisau) 1991 Studio discs are powerful works themselves. The ten compositions across the two discs seem to suggest that having designed the prismatic architecture of his music using a combination of geometric and algebraic methodology to determine how the music would unfold, aided and abetted a multitude of possibilities that arose from his forays into the game of chess, he now proceeded to enter its substructure through portals – seminal vortices powered by so much more than jazz – to create a human habitation inside the music. Those diagrammatic scores, for instance, for which he was already renowned morphed into visuals incorporating the principal characters in the story of human endeavor that was beginning to dictate complex narratives that arose out of the music. 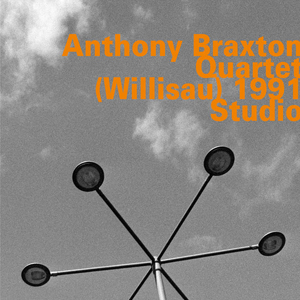 Extensive and wonderfully-written booklet notes describe the background to each of the compositions, setting up the listener for the story of each vignette, an epic adventure lived – not enacted – by the characters in Mr Braxton’s view of life unfolding in his musical cosmos. Of course, the moment the music is played we soon find out that his musical cosmos is now the cosmos that we ourselves live in. For instance in “Compositions 160 (+ 5) + 40J” we are told the following by Mr Braxton: “I see two people walking down the street, beautiful trees in the fall, snow, winter coming. They’re thinking about their lives, trying to have some hope for the future even though it’s always complex.” And then we hear the music. The rustling of cymbals, flurries of arpeggios and descending runs on the piano, the thunder of the bass and, of course, Mr Braxton’s pliant, undulating ululations, gliding yowls and elemental wails and other human smears. We recognise not simply Mr Braxton’s characters but ourselves in that vivid picture.

On “Compositions 23M (+ 10 + 108D)” Mr Braxton reveals something else about himself and it is this: he is surely part of an African-American continuum, or, as he suggests “a post-bebop improvisational continuum solidified in the Mingus/Coleman continuum of trans-African functionalism.” Bassist Mark Dresser’s role is more animated here and the multiple layers of contrapuntal activity between Mr Braxton’s horns and Mr Dresser, together with the rest of the ensemble becomes more animated – strident, almost as intense as Gaelic keening as the musical discussion gets more heated and militant. Here also is a superb example of what Mr Braxton means when he suggests that the idiom of jazz has been completely subsumed into his music and it emerges, through his musical portal in his singular voice; a harmonic conflagration arisen from Charlie Parker for sure, but Schönberg, Berg and Webern well, which marries an expressive richness – the equal of any of those musicians’ music – to a complexity that now retains some of its own coded secrets.

On Disc Two Mr Braxton continues to expound on this newly developed agglomerated style. The opening selection, “Composition 161” appears on paper as a communal event: “Suddenly you see three guys in the pool room, having fun…” Mr Braxton writes of the visual accompanying the composition title. The music that unfolds is dark, depicting dark times – then as now, suggesting the implicit relevance not only of the music but also its composer to transcend time and space. Continuing his explication Mr Braxton says that the characters in his story are also “…talking about their feelings of pessimism for the future” and with ink-dark notes, Mr Braxton describes exactly how this might sound. Finally, as if having vented their frustrations and let off steam, Mr Braxton switches to alto saxophone and the mood turns to one of exuberance; “Yet these three guys are very strong and we can still have hope for them.” Indeed, in the impossible leaps of register, mad atonalism of the piano and ebullient clash of cymbals and romping bass, the piece soars onwards.

Returning from fiction to fact – at least to lives “in the tradition”, in “Composition 23C + 32 + 105B (+ 30)” Mr Braxton draws from pianist and composer Herbie Nichols, a seminal figure in music, albeit completely ignored by all but the cognoscenti. It is here too that Mr Braxton alludes to his own deep roots in the African-American tradition and shows how he transcends it into the greater realm of music, in which he draws from the musical events that wove into the enduring fabric of music such events as minimalism, serialism Mr Braxton’s music, like the tradition-shattering music of musicians such as Schönberg, Berg and Webern that did not turn their backs on the past, or the twelve-tone system, which they did not see as a negation of tonality, but a logical development. Likewise, Mr Braxton has created a musical anthropophagy that has been born of the entire musical continuum, including one that included swing and bebop, two most critical and defining elements in American – and possibly global contemporary music as we know it today, to which Mr Braxton is one of the greatest contributors – then as now as he is with his music and playing on (Willisau) 1991 Studio as he is with his recent work.