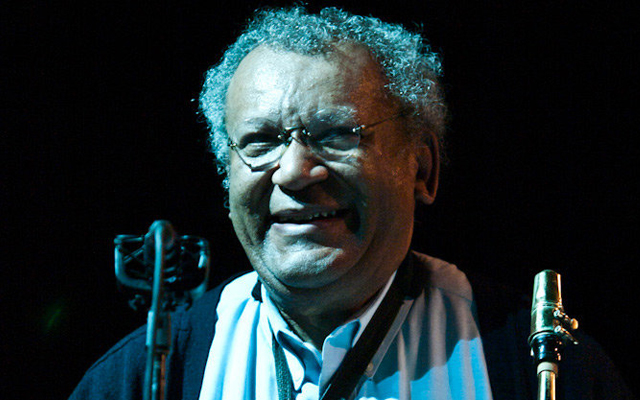 Quartet Santa Cruz 1993 – 2nd Set is the second part of that iconic performance and it is every bit as brilliant as Anthony Braxton’s Willisau Quartet 1991 (hatART) captured once again by the Swiss curator of fine contemporary music, Werner X. Uehlinger. One thought always lurks at the back of the mind whenever you listen to a performance of Anthony Braxton: it is a bold group of musicians who dare to perform with one of this generation’s greatest artists. So much is out of the question: complacency, clichés, safety nets. So much relies on technical and emotional extremes and instincts to be matched with this American musician. Who has the stamina, and the stomach, for it? 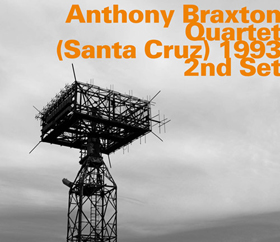 Marilyn Crispell, Mark Dresser and Gerry Hemingway itinerant voyagers all fit the bill, judging from this Braxton programme; it is hard to imagine many classic quartets more mutually fond of risk-taking. They certainly don’t hold back in Braxton’s Composition 172, often pushing it to the brink of breaking point. That’s what makes the opening movement climax so intoxicating, and why the latter part of the piece communicates with fire-bellied urgency. But it’s at the opposite end of the spectrum that they really make their mark and that is in the lateral design of Composition 161 which finds Anthony Braxton’s (and the group’s) delicate songfulness to rival that of Braxton’s early piano influence – Cecil Taylor. And neither can any of the greatest reeds players (whom I shall not dare name) match Braxton’s sense of mystery and whizzing brilliance in Composition 124 + (108c + 147).

What emerge from this recording are interpretations in which no single colour outstays its welcome. The same goes for Composition 69m and Composition 23c whose sense of restlessness suits this quartet well; just listen to them dart between the thunderous outbursts and the tranquil oases that dot their music. If you sample Braxton’s tone early into the 69m as it melts into something beyond recognition. Occasionally you might think that the rest of the quartet misses a trick or two but your ears might be deceiving you. This is, quite simply, as fine a quartet, reminiscent of in a different manner of course, as John Coltrane’s so-called classic quartet. Then, when you pay greater attention, you realise that the musicians plumb greater depths as this latest release leaves few notes unexamined.

That’s just part of the larger-scale works (such as the 23c) in which Anthony Braxton, Marilyn Crispell, Mark Dresser and Gerry Hemingway reject received, conventional ideas. In all of the compositions performed here this group avoids the predictable swellings of other composers’ music that almost always reduce American contemporary music to hackneyed stocking-fillers. Once again in Anthony Braxton’s music we are witness to how over-indulgence is eschewed in favour of honest simplicity and how in the hands of these musicians music sounds poised and soulful, not just a piece of glitter for the drawing room.

Anthony Braxton is recognized as one of the most important musicians, educators, and creative thinkers of the past 50 years, highly esteemed in the creative music community for the revolutionary quality of his work and for the mentorship and inspiration he has provided to generations of younger musicians. Drawing upon a disparate mix of influences from John Coltrane to Karlheinz Stockhausen to Native American music, Braxton has created a unique musical system that celebrates the concept of global creativity and our shared humanity. Read more…