What a splendidly apt title for this album Clockwise by Anna Webber, which – right from the opening bars of its first track rejects the straightjacket of almost all contemporary forms despite raising a famous ghost, the “Korē” of Greek mythology. Miss Webber, from the very outset of this recording gives notice that she wishes to liberate sound from all a priori rules. Her melodic and – especially – harmonic conceptions both surprise and shock by inventing harmonies and chords that effectively reinterpret tonality. The music with all of its strident iconoclasm remains highly imagistic and evocative, carefully crafted on a large palette that mixes brass, winds, reeds and strings with piano and depth-defying percussion; all of this to great effect. 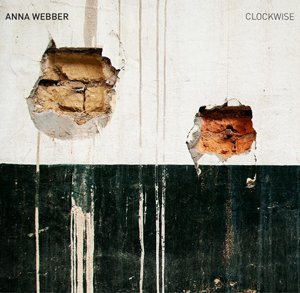 The potential for exploiting such a disparate combination of instruments is enormously daring with a potential to sink like a stone. But Miss Webber makes it fly and soar as she exploits a wide range of sonorities – some bright and bell-like, others more delicate and subdued. Rhythmic motifs and patterns recur – especially in “Korē” and “King of Denmark”, and – indeed – even in a piece like “Clockwork” itself, which suggests a cyclical form, but is also forward thrusting. All of this produces an incantatory and hypnotic quality and yet, the “purposely” played randomness, suggests a chance compositional process, with fixed results, but still bright and surprising. Her playing on “Hologram Best” is a perfect example of this.

No booklet or liner notes are necessary here; certainly not when it comes to “King of Denmark”, takes its inspiration from Morton Feldman’s work of the same name, referring, of course, to the insanely brave stoicism of one blue-blooded man’s fight against Nazism when it mattered most. But inspiration apart the music – especially in its variation marked “III” is remarkable in its use of a perceptible fragmented and seemingly pointillistic motif to kick things off before the muted trombone introduces a mournful, funerary atmosphere that spirits us away – as the bass and cymbals, and other instruments join in to spirit us away with their hyper-complexity – into an explosive brightness that sounds as if the music has exploded from the nuclear corona of the sun.

Miss Webber has crafted these pieces to be “orchestral” in nature and scope and thus shows her virtuoso hand playing the instruments of her choice very sparingly. But she reveals a great deal about herself as a composer here, being primarily concerned with the sensual qualities of sounds rather than the shaping and ordering of those sounds in question. Moreover, it becomes eminently clear – by the end of it all – that she has a prodigious gift for composition while her playing too often reveals her ability to explore timbre and time with quite luminous effect. Her deliberately-paced performance as an instrumentalist and a composer is brilliantly detailed deep in the marrow of this music.