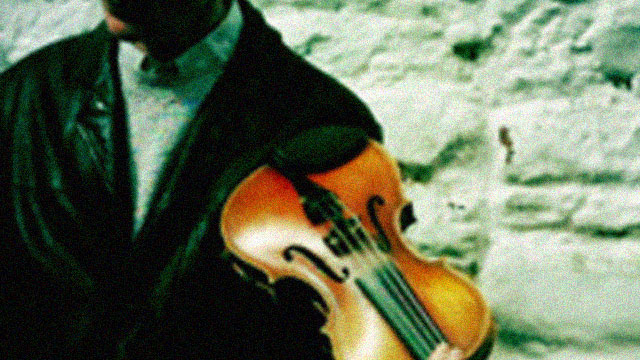 The piano and the violin are, perhaps, the only two musical instruments so complete and so possessed of body and soul that they can elicit and provoke the most pure feelings of sadness and joy; and every other feeling in between. But of the two only one does so with the manipulation of merely four strings. It has to be played with complete technical mastery so as to act with the mystery and magic that someone like Nicola Paganini elicited from it. While no one can claim such perfection that Paganini once did, there have been several musicians from various worlds music who have captivated the senses since the invention of the instrument. Jump cut to the England of today, to the idiom of jazz and the rhythm of unfettered swing… Here and in this ocean of music there are few who have reached the levels of virtuosity; who practice the voodoo of tugging at the heart-strings as Nigel Kennedy. But hold on and add two more names: Chris Garrick and Andy Aitchison.

Of the two Garrick is more like the younger, more rambunctious brother while Aitchison is older, reticent; and in the era of William, Duke of Cambridge, perhaps stately as well. The album, You Ain’t Never has more than ample evidence of Aitchison’s instrumental lineage. This may take him all the way to Stephane Grappelli and even further into the European realm. He plays with a slurring, languid majesty, and with broad glissandi and sometimes with blithe vibrato and galvanic double stops. His lines loop and gambol in mad parabolas that sometimes seem to stop in midair before falling with delightful abandon, only to catch a musical thermal thereby soaring again into the azure falsetto of the music’s melody; from there to dip and tumble into a roaring ocean of throaty tenor and bass. It seems that Aitchison needs no other musician to accompany him on his breathtaking musical sojourns; but he does come with a remarkable cohort.

Jeff Green on semi acoustic guitar, a wizard on his instrument; the right honorable Dave Kelbie, perhaps the most underrated rhythm guitarist and who has replaced the invaluable drummer in many a trio, quartet and more, on countless occasions and now elicits the question: drummer, who? And then there is the melodic, harmonic and rhythmic bassist, Paul Moylan. None of these players back Aitchison up; they take direct part in the creative process and Moylan makes no bones about this, right off the bat, on “You Ain’t Never” a minor blues composed by Aitchison. Guitarist Jeff Green flies in the face of convention when he takes over the soloing chair and it is all breathtaking magic from there on. Even the bashful Kelbie, who is given to oblique and acute chords, takes his share of the spotlight on a superbly aching version of “I Can’t Get Started”.

Every chart is cut with jewel-like precision and while the glitter reflects all the musicians, it is Aitchison’s show; and a remarkable, memorable show it is.

Tracks: You Ain’t Never; Willow Weep For Me; Six Appeal; Just Squeeze Me; Blues in the Air; Night and Day; Stars Fell On Alabama; This Can’t Be Love; I Can’t Get Started; It’s Only a Paper Moon.

Andy Aitchison on the Web: www.andyaitchison.com