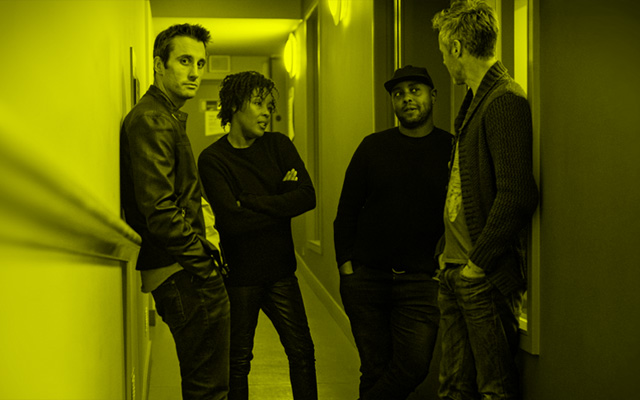 Before you even get to the musicality of this work of art, UpRoot, you must first be awed by its opera and its theatre, and this is largely due to the indefinable quality of the very first song – which, incidentally starts off as a “song”, but then unfolds into something Alban Berg-like apropos of his opera Lulu. Here it is not Alexander Hawkins – as we know him – but Elaine Mitchener – as we know her – who steals the whole thing away from all the other members of this quartet, posting a performance dans le style de Jeanne Lee, with vocalastics that are devastatingly brilliant particularly because they are so much Miss Mitchener’s own. Not long after, Mr. Hawkins makes his move…

One cannot help perceiving this opening segue as high drama – even, perhaps, Brechtian. Indeed the epic nature of the music begins to unfold. This monumental nature of the album becomes almost indubitable by the time you get to Archie Shepp’s tragic “Blasé”, here narrated with appropriately doomsday drumming by Stephen Davis, accompanied by Mr. Hawkins’ crinkling, shattered-glass pianism and the gravitas of Neil Charles’ contrabass. 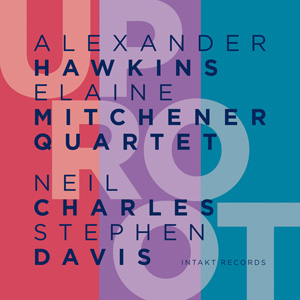 Somehow, it seems that this rich and passionate score is better suited to the sweeping approach of this quartet that draws on the airy, luminescent textures of the music to drive up the drama of the repertoire excitingly. No one – Miss Mitchener, Mr. Hawkins or Mr. Davis and Mr. Charles – ever missing a single telling nuance, telling with soaring, griot-like detail, the modern tragi-comic epic tale of human endeavour with seemingly every twitching muscle of the body pressed into the service of the art espoused by her and the others.

Miss Mitchener seems to consistently singing right in your face, but she brings her fearful conflicts of love and desperation alive with a beautifully seductive soprano tone, so rare in contemporary music. It’s a fine, moving performance that becomes more visceral and taut as the album gathers momentum, her voice taking on a fresh lustre into the storyline of the final medley. Mr. Hawkins keeps pace treating us to his virtuosity while putting a 360° perspective on his pianistic artistry – from the sweetly playful to the capriciously playful, and the deeply intuitive to the dryly intellectual, at all times elegant, forceful and seemingly weightless, his use of pedal subtle, his characteristic sound clean and dry with histrionics unpretentiously his own.

At the end if one finds oneself delightfully exhausted from the experience it will be from the majestic power of the performances, with every effect finely calculated, from passionate plangency to a lift-off into space powered by immaculate trills and gossamer figurations from its principal characters.