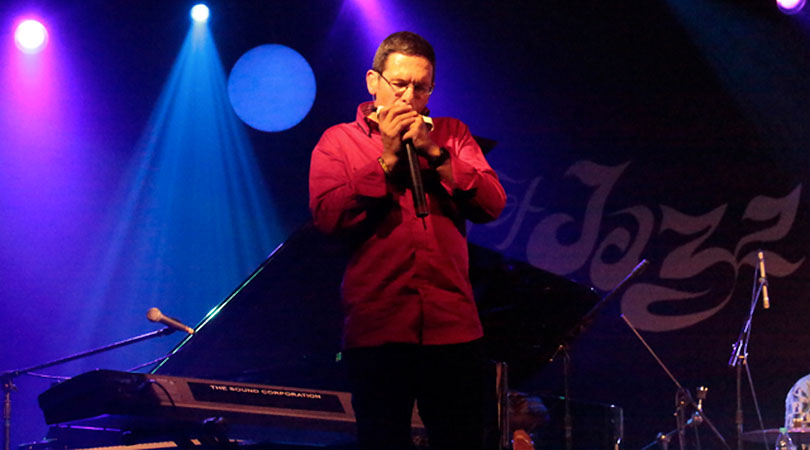 Adam Glasser is perhaps the most traditionalist harmonica player after Howard Levy in that he seems to have descended from a line of so called harp players rather than the more obvious line that begins with Larry Adler and Jean “Toots” Thielemans. Mr. Glasser is one of the most lyrical players on this instrument. He plays in high and lonesome lines that are short and seem to pierce the soul via some sort of inner ear. In this regard he seems to belong to more bluesy horn players, such as Miles Davis—especially Mr. Davis in his final, electric incarnation. This is more a credit to Mr. Glasser than it is to any influence he might have, for his voice is quite singular. In playing short lines that glide past the melody Mr. Glasser swerves and shoots his notes in linear manner, like darts that fly in the face of convention; lyrical linear and short measures that pierce the heart of the melody. As a harmonist, Mr. Glasser resembles a painter with a small flat brush. His strokes appear to adorn his musical canvas in spry strokes informed by an aching, ever so spectacular lilt that resembles a shy dance that spirals this way and that. 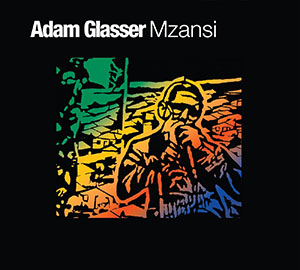 His record, Mzansi, meaning (in Zulu) “south,” but used in the context of his album to mean “down south” in jazz-speak. It is an audacious album where Mr. Glasser pits his harmonica among the BIG dry voice of Khaya Mahlangu’s tenor saxophone, the wild yell of the straight soprano horn of Jason Yarde and the hot wail of Sydney Mavundla’s trumpet. The tiny instrument is played with mighty glissandos and arpeggios played in short, hot bursts by Mr. Glasser holds its own and intertwines in primordial counterpoint with the other brass and woodwinds. Mr. Glasser like the great bluesmen from far off America complains and argues and shouts with aching beauty and leaping joy with notes and phrases that play question and answer with the horns and the piano—often played by Mr. Glasser himself. However, his finest hour is in the epic battle with rapper David Serame, who lays down the law in “Lesson No. 1,” a swaggering epic story of paying his dues—with Mr. Glasser, of course, in hot pursuit. This is one of the finest songs on the record; as glorious as Mr. Glasser’s fine rendition of Abdullah Ibrahim’s anthem-like chart, “Blues For A Hip King” and Mr. Glasser’s own “Silika”.

Through the apartheid era that isolated South Africa and drove its great artists, Hugh Masekela and Miriam Makeba and Abdullah Ibrahim out of the country. The music, especially the folk elements such as Marabi and Kwela; Mgquashiyo and Isicathamiya as well as Afrikaans elements such as that developed in the “outlawed” Voëlvrey movement survived thanks to these musicians as well as others who dared to stay behind in South Africa and sing of the triumph of human endeavour. Adam Glasser may not have been involved with all of this, but he has certainly imbibed the shuffling polyrhythms of it all. Now he brings this into his unique collision of jazz and the folk elements of South Africa’s rainbow culture. As he matures and grows into his artistry, Mr. Glasser is sure to bring more of these magnificent influences into his voice that already stands out as one of the most unique in all of South Africa. In fact, Mr. Glasser may surely sing with a shadow that will grow large of the idiom of jazz that is alone in imbibing that various musical dialects of the world from Africa and India to the Far East and Europe as well.

Adam became a pianist working on cruise ships and in restaurants “that’s how I learned to play”. A modest description, because he studied in Paris before the mid-1980s when he regularly worked with various South African jazz artists. On a cruise ship in the Caribbean, he met a harmonica player and asked for a couple of lessons. Read more…