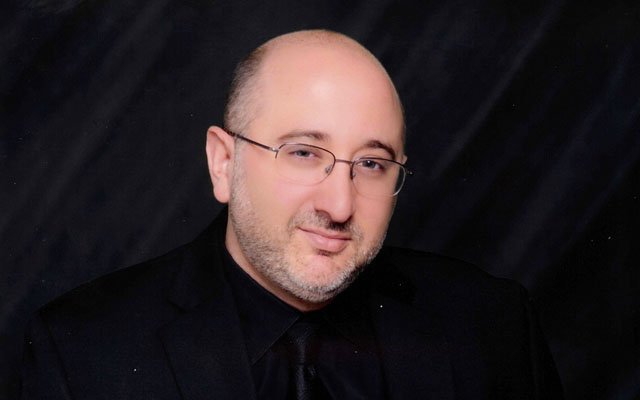 With so much 21st century music – much of which gratuitously fawns over so-called “free improvisation” – showing up at your door these days, it’s refreshing when a disc turns up that harks back to the halcyon days of truly melodic music, beautifully vertically integrated and rhythmically riveting. In this case such a disc is the one with which Adam Glaser debuts his trio, featuring bassist Pete Coco and drummer Chris Smith. Wide Awake is a wholly appropriate name for a set of music that sings in reverential terms of the seductive of web of harmonic beauty spun the music of Bill Evans at the pinnacle of the cooling of the sixties. 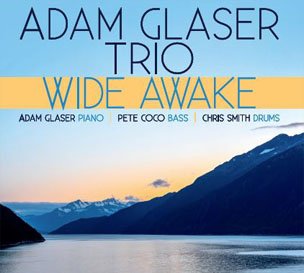 However, make no mistake; this music is no “throw-back”. Rather Mr Glaser is the kind of musician who constantly looks forward. He does so by giving himself the license to carry upon his broad musical shoulders, all that is worthwhile from every enduring period and style in the musical continuum – including being awaked by the late Romantics, for instance; or even the classical avant-garde sparked by Stravinsky, in which the composer made revolutionary experiments in tonality, metre, rhythm, stress and dissonance. The songs in question, on this eloquent album, are “Day Trip to Cologne” and “Sacrificial Rhumba” – the latter putting a superb spin on The Rite of Spring in an Afro-Cuban context.

Mr Glaser has earned an enviable reputation as a conductor of medium and large ensembles. However, sitting down to play a keyboard is quite another kettle of fish and in this regard Mr Glaser brings with him a glistening pianism that is lithe and elegant as well as warm and swinging. He also displays – with the supple muscularity of both hands – a unique piano voice invoked by the tantalising asymmetry of his lines, which often set off in all manner of wrong-footed directions and unexpected turnarounds, but always land exactly right, with their own fascinating rhythm. Not so much fortuitously as by design he is served with eminent gracefulness by his bassist and drummer who are fully invested in his musical vision.

Each of the musicians expertly negotiates Mr Glaser’s music, which is close-captured in the warmth of a beautiful recording.