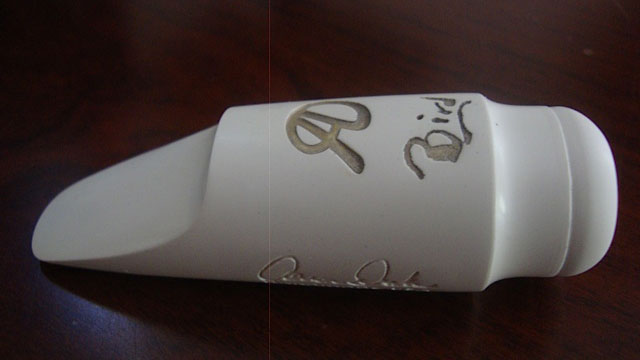 Dean Benedetti approached Bird with a view to enjoying his unprecedented genius and skill as well as to study; possibly to spread the word—at least among his friends—that the ‘future of the musical arts’ was here! Hence he recorded solos—to transcribe and listen to over and over.

Phil Schaap and Jim Patrick’s masterly studies of the Benedetti Holdings (as they are called) revealed that the Los Angeles dates consisted of 23 original pieces—featuring both original melody and harmonic variation. Some 21 songs—the balance of the repertoire—are pieces that borrow from existing chord structure that support a melody distinct from what was originally written and/or played. Mr. Patrick identifies for us, eight pieces that use the general harmonic pattern of the twelve-bar blues, two the “I Got Rhythm” pattern, three a combination of “I Got Rhythm” and “Honeysuckle Rose” and eight other chord schemes. A similar pattern is found in Bird’s New York repertoire from these Benedetti recordings. 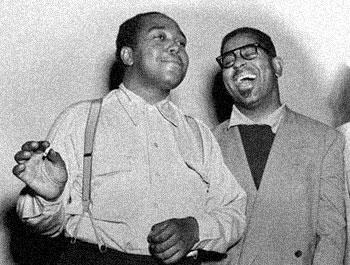 On the Benedetti Holdings, Bird is represented by only three pieces—”Moose the Mooch,” “Past Due,” (aka “Relaxin’ at Camarillo” and “Yardbird Suite”—composed solely by or attributed solely to Bird, the composer. But the discography also includes “Ornithology,” and “Cool Blues,” both co-written by Bird. Apart from this, there are also two pieces co-written with Dizzy Gillespie—”Shaw ‘Nuff” and “Thrivin’ on a Riff” (aka “Anthropology”), two others with no composed melody—”Bird’s Nest” and “Koko” and of course the four blues—including two with titles—”Jumpin’ the Blues,” and “Hootie Blues” and then the first date as leader, which introduced the world to “Now is the Time,” and “Billie’s Bounce.” His two complete originals—true compositions, so to speak—are “Yardbird Suite” and “Confirmation,” while most of the other pieces being variations on a set harmony—five based on “I Got Rhythm” and six blues-based pieces. The Howard McGhee gig also meant that Bird would dip into the Coleman Hawkins songbook. ‘Bean’ was never a bebopper, but he was a great admirer and supporter of those young geniuses who were revolutionizing the music. Many of these young lions played on his recording sessions—Bird did too and recorded at Norman Granz’ 1946 JATP gig. Hawkins’ big-and-wide expressive tone and innovative harmonic conception attracted the beboppers. His compositions—”Bean Soup”—borrowed chord structures from “Tea for Two” and re-cast the song in a fresh harmonic setting. This is something that Bean was used to doing in the ’40s and this became inspiration for the beboppers as they set about to re-cast some of the most precious items in the classic American songbook! 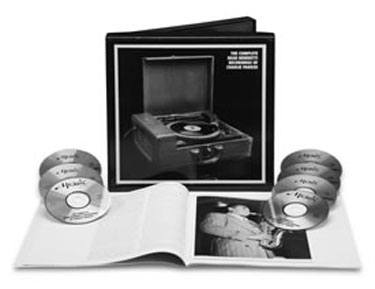 Bird was in the avant-garde of this method of re-shaping classic melodies, and re-creating a new harmonic construction. But he added something more: Bird made melodic quotation an almost essential element of his art. But he his genius was such that he was also aware of other musical idioms and quoted from popular song, children’s music, classical compositions—including symphonic works—in addition to quoting from his own work, played differently as well as other jazz compositions! For instance, “My Kinda Love,” a ’20s chart is woven into “Big Noise” (“Wee”) and “Bird’s Nest” opens with a figure from “The Man I Love,” as is “Country Gardens” to the bebop, “Byas a Drink.” Bird also used some of his solos recorded here to develop melodic lines in some of his own pieces. A case in point: The solo on “The Jumpin’ Blues” which became the melodic opening for “Ornithology” and the idea for he (tenor) solo on “Three Guesses” became the opening figure for “Red Cross!”

This pattern followed with Bird from LA to New York, where he played in a band comprising Miles Davis (tp), Duke Jordan (p), Tommy Potter (b) and Max Roach (d). His ideas are more developed and urgent. The music is hotter, razor-sharp and possesses a propulsive feel that is almost palpable. Dean Benedetti has recorded—sometimes—whole songs that are full of surprises and melodic and harmonic invention. Miles Davis recalling the atmosphere much later suggesting the scene was electrifying, with Bird seemingly like a switch turned on delivering a current that powered the whole music scene; like a thousand lights turned on. The New York Repertoire shares the same eight titles with the L.A. repertoire, but the music is more slanted, much more defined in the rhythm of bebop.