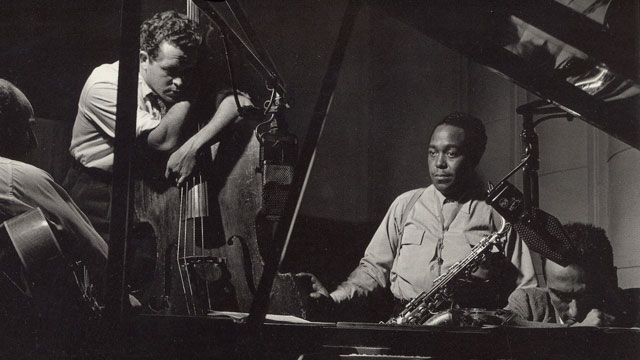 In 1946, Bird played a stint with Howard McGhee on the West Coast. Apparently things were stressful. Bird played a recording in a state of high anxiety and although he played—by all accounts—magnificently, he lost it and soon spent time at Camarillo, a psychiatric center, after suffering a nervous breakdown. Six months later, having been declared fit, he returned to the jazz life outside. Now he was in full flight and about to begin the most creative period of his life. After a two-week gig at the Hi-De-Ho, he traveled to New York, then across the US and on the Europe. As to this being the most creative period… Bird is the ‘pioneer,’ showing disciples the way, founding a whole new ‘settlement…’ a whole new school of music… transforming swing—with “Scrapple from the Apple,” the blues—with “Parker’s Mood” and “Cheryl,” counterpoint—with “Chasing the Bird” and “Ah-Leu-Cha” and melody—with “Embraceable You.” He also took the most revered standards of the day and jumped off with new chord patterns—the changes on “I Got Rhythm” were turned on their head, for instance… as on “Scrapple from the Apple…”

In him, the blues was virtually given re-birth! And his ballad playing was so articulate and had such atmosphere that many spirits were touched beyond their sensory perception! His compositional skills—so often taken for granted when surveying his musical legacy—became highly developed to a fine degree, while still remaining spontaneous and clear! “Crazeology” and “Confirmation” are spectacular examples. The latter has been described by Martin Williams as “a most delightful and ingenious melody… a continuous invention. Most pop songs and jazz pieces have two parts, a main strain and a bridge, or a middle strain. The main strain is played twice before the bridge and once after. “Confirmation” skips along beautifully with no repeats (except for one very effective echo phrase) until the last eight bars, which are a kind of repeat in summary.

“Moreover the bridge does not seem an interruption or an interlude that breaks up the flow of the piece, but is a part of the continuously developing melody. Finally, if the chord sequence to “Confirmation” preceded the melody, then the melody became so strong as Parker worked on it that it forced him to alter the chords to fit its developing contours.” 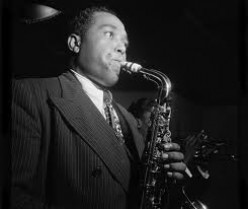 Bird made brief musical statements as phrases… sometimes these were almost understated… to be guessed… they shimmy behind a ‘garland of notes’ in which the phrases were embedded. But far from being useless embroidery, the phrases from themselves as perfectly articulated musical sermons of which themes—implied or expressed—were merely one of the constituent elements of the piece!

All this developed in the period after his incarceration at Camarillo, between 1947 and 1948. This period was the zenith of Bird’s career… the time of his greatest influence… And because of the extent of his inventiveness across the board of music, he influenced not only players of the alto saxophone, but other musicians—including vocalists as well!

Small wonder why Dean Benedetti reckoned that there could be nothing more important in life at that time than recording and documenting the playing of Charlie Parker. And while he did not intend for me or you or thousands of other listeners and musicians alike to hear Bird as he played and revolutionized the music forever, he certainly succeeded in doing just that!

“Music is your own experience, your own thoughts, your wisdom. If you don’t live it, it won’t come out of your horn. They teach you there’s a boundary line to music. But, man, there’s no boundary line to art…”

If anyone ‘lived it,’ Bird did. In the period that followed his recovery from the nervous breakdown he sounds so much more relaxed… almost like he is having fun… the time of his life. And—as it turns out—Benedetti, who ‘lived it’ too, was there to capture much of these 461 original recordings (in LA) to be precise! 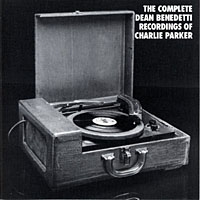 In 1947, Dean Benedetti went to Sears Roebuck and bought a Wells Gardner portable disc cutter. Although not a top-of-the-line machine, this recorder served him well. Assisted by Jimmy Knepper, he recorded the Hi-De-Ho gig—that lasted almost two weeks—on this machine. Together the two recorded and meticulously documented the Bird solos. Mr. Benedetti and Jimmy Knepper worked their way past several technical challenges, to ensure that we have some of the most important flights of fancy that ever flew in the face of jazz, from the soaring Bird…! His bandmates are almost unheard on the recordings, but Benedetti did document who player on each track. This was a group that was led by Howard McGhee (tp) and also included Hampton Hawes (p), Addison Farmer (b) and Roy Porter (d) as well as Earl Coleman and Danny Knight (voc). But we have more than just personnel listing—any recording of the day would have listed that.