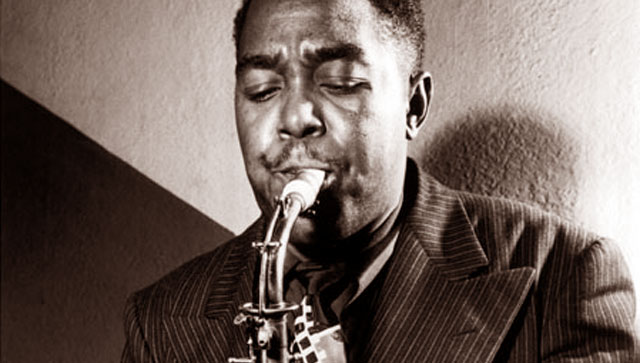 It is about thirty short strides, from my office in the cellar of my home, to a storeroom, where I keep the boxes-full of CDs that have remained unpacked since I have moved into this town home. But today will be different. I have something more to look forward to. Something I have waited a long time for. So I have decided to descend to the storeroom to re-evaluate an important part of my collection.

Now I will make the short journey to unpack that box from my CD library. Yes indeed and I am filled with joy. I know that that box will soon present its contents to me: and they will be one of my most precious collections—one that comprises Charlie Parker’s music. The CDs in this collection have not yet been displayed on my library shelves. They are, as yet untouched by the mild boredom of order. I cannot march up and down their ranks to pass them in review before a friendly audience. Do not worry. But let me invite you to join me in the disorder of boxes and crates that have been ripped open with knife and box-cutter, in the depths of my basement library, where the air is now saturated with the dust of wood shavings, the floor covered with bubble wrap and torn paper. I invite my thirteen-year-old son—who recently began his own sojourn into the land of jazz—to come and join me as I make a voyage of discovery among piles of volumes of Bird recordings that will be emerging from their darkness, seeing the light of day for the first time in about two years! I hope to share some of the mood… the excitement with him… I will not be elegiac, that’s for sure! But I do feel a powerful sense of anticipation, the kind aroused in the heart of a genuine collector. 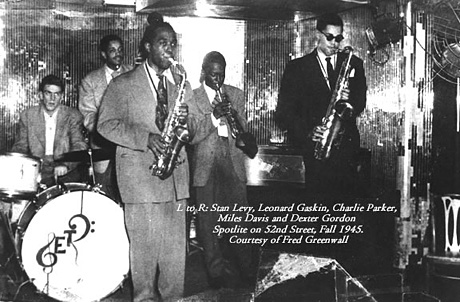 I do not deny it: I am one of that tribe. But I am now concerned about conveying some of the excitement in the relationship of a record collector and his possessions, into collecting that rare object of the heart’s desire, rather than the collection, per se… There is a rising tide of memories that surges in a collector’s mind when he or she surveys his or her collection. This is a feeling that never really goes away, but surfaces each time the collector marches past his collection, even if merely to review the spines of the records, or CDs.

Another thing: Every passion teeters on the edge of chaos. But as a collector the passion borders on the chaos of memories—and in my case, when collecting something of considerable vintage—tele-transporting to an era possibly long gone. More than that, the chance, the fate that suffuses the past as I inhabit it and it becomes real to me… both are wonderfully and conspicuously present before me in the accustomed confusion of the music disc or discs (as is the case today). Dates of performance and its capture on record become the exactitude. But everything else is surrounded by the romance of the art and the considerable burning passion of the collected piece.

There is, in the life of a collector (such as I am) a dialectical tension between the twin poles of order and disorder. This tension is tied also to a very mysterious relationship of ownership—a relationship that does not emphasize functional and utilitarian value, but rather becomes part of and studies the music as it lives in the time of its performance and its fate. A strange thrill passes over me as I handle this last item of my Bird collection. This great black and white package that I hold is, indeed special. Probably more so than the 1953 recording that Charles Mingus made and released of the quintet at Massey Hall, an LP that came to my hands via an uncle who had a passion for bebop and a talent for collecting great music… And more recently: the release of that lost Carnegie Hall concert by Thelonious Monk and John Coltrane in 1957. So much of what I will write shortly will describe this one particular addition to my collection, as I believe it is the most important musical document I own.