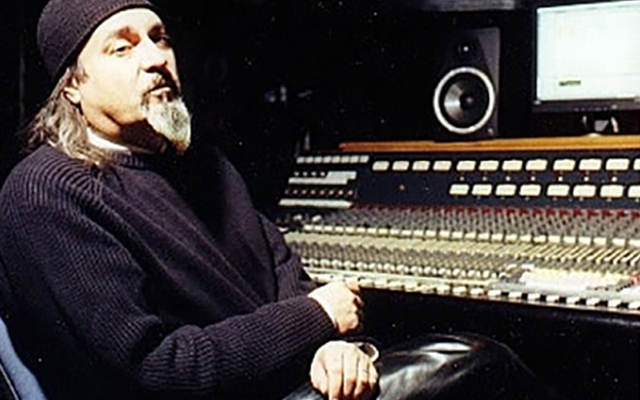 As a “Bassist and producer Bill Laswell was pretty much a one-man industry in the 1980s and 1990s. He first came to prominence working on albums like Brian Eno’s On Land and Eno’s collaboration with David Byrne, My Life In The Bush Of Ghosts. Working with small labels like Celluloid and Enemy, he made crazily eclectic albums with his musical collective Material, pulling tricks like putting free jazz saxophonist Archie Shepp and a then-unsigned Whitney Houston together on a version of Soft Machine’s Memories. Beginning in the mid ‘80s, he came into his own, producing Herbie Hancock’s massive hit Rockit Mick Jagger’s solo outing She’s the Boss and PiL’s Album. He also worked with Motörhead, the Ramones, Iggy Pop, and White Zombie as the decade continued, while forming the fearsome noise/jazz/metal improv quartet Last Exit with saxophonist Peter Brötzmann, guitarist Sonny Sharrock, and drummer Ronald Shannon Jackson.

“In the 1990s, Mr Laswell’s cultural stock was at an all-time high, and he launched the Axiom label through Island Records. He put out albums by international artists (L. Shankar, Simon Shaheen, the Master Musicians of Jajouka), rock legends going in new directions (Ginger Baker), avant-garde jazz pioneers (Henry Threadgill, Sonny Sharrock), and his own projects Material and Praxis, not to mention compilations that explored his interests in dub, hip-hop, and whatever else crossed his radar. (Mr) Laswell has always been an evangelist for what he calls “collision music,” combining players from a variety of backgrounds and traditions and seeing what emerges. With Axiom releases, you might get something hypnotic and breathtakingly beautiful, or you might get dub with tablas and some underpowered saxophone on top. At the same time, though, he was able to spend Island’s money traveling internationally to record traditional music with modern equipment.” ²

Today almost all of Mr Laswell’s over one hundred (closer to two hundred, by some estimates) have been consolidated under the imprint M.O.D. Technologies, a largely digital one that is administrated by him and is available through his Bandcamp page.

But no one can deny that Bill Laswell’s experience of music is through infinitely more than sound; rather it seems to have a sense of taste and smell; a kind of relationship that goes beyond the artistic tenets of shape, colour and form to something more visceral. One has only to listen to Dreams of Freedom: Ambient Translations of Bob Marley in Dub to have a sense of how Mr Laswell is able to penetrate the flesh of the music to relate to it almost as a musical anthropophage. The result is music in which the aura of Bob Marley swirls in clouds of colours that conjure the rhythmic dance of Mr Marley himself. Reaching the pinnacle of this ability to almost “devour” a music Mr Laswell produced the celebrated disc, Panthalassa: The Music of Miles Davis 1969–1974 for Sony Music in 1998. 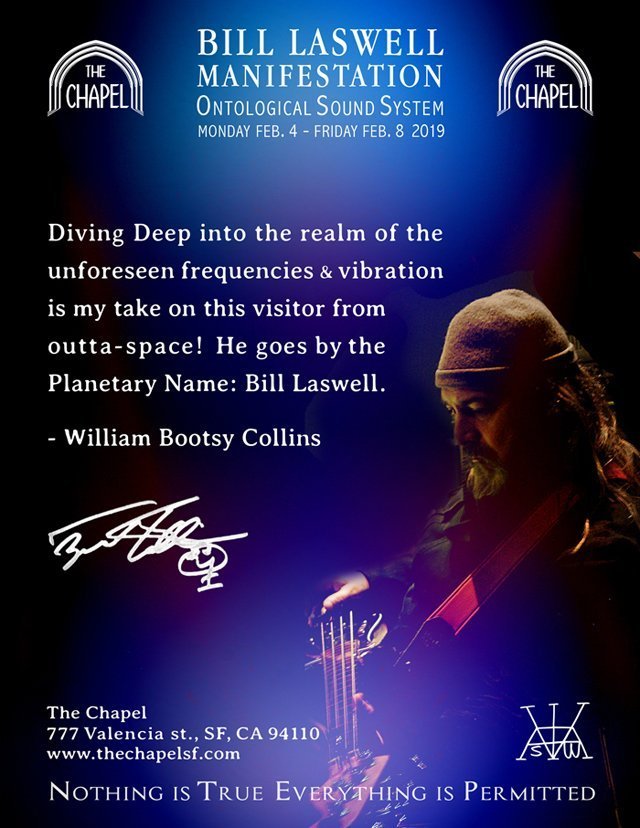 Writing in The Village Voice when the record was released, Robert Christgau declared he would play the album as often as the electric-period Davis records In a Silent Way and Jack Johnson (1971). He also declared that listeners unfamiliar with Mr Davis’ fusion albums would find it to be “a passport to provisional utopia” in Panthalassa, he said, “Metastructures condensed, themes highlighted, beats punched up by a master tinkerer who’s loved them forever, the transcendent buzz of electric Miles nevertheless remains undulant, unpredictable, perverse—and so relaxed about getting where it’s not actually going that newcomers will find it hard to imagine how much more unhurriedly it might arrive.”

There is almost no one of any significance who has not sought Mr Laswell for his musicianship, his ability to produce a recording or – in many instances – both aspects of the art. From Herbie Hancock with whom he won a Grammy Award, to Mick Jagger, Iggy Pop to Laurie Anderson, Whitney Houston and Nona Hendryx to Pharoah Sanders, Byard Lancaster, From Gigi, Toshinori Kondo and Hideo Yamaki to Bootsy Collins, Buckethead and from Pete Namlook and Sultan Khan to Sussan Deyhim, whose memorable recording Madman of God Mr Laswell shepherded to its glory. But perhaps the most exquisite material Mr Laswell has ever worked on is the slew of recordings he has done with The Last Poets and the eerily beautiful Baptism of Solitude with works by Paul Bowles, and the daring, explosive work T.A.Z based on the writings of the anarchist and cultural assassin, Hakim Bey.

Footprint of a Giant

And then there are those historic recordings he made in Morocco with the Gnawas and the Master Musicians of Jajouka: The Trance of Seven Colors (Maleem Mahmoud Ghania and Pharoah Sanders made in Essaouira) and Apocalypse Across the Sky and Next Dream with Bachir Attar and the Master Musicians of Jajouka. Mr Laswell’s work in Morocco owes a debt, in part, to the seminal writings of Brion Gysin and William Burroughs, as well as to

that Jane and Paul Bowles. These were early western pioneers who plunged into the mysterious world of North African adepts, and Gnawa spiritualism and as well magic. However, the manner in which Mr Laswell found a way for the African and Western cultures to collide seemed to come from the inside of a musical vortex where the spirits danced in the flesh producing heady music that rose into a rarefied realm.