Home Masthead The Art Ensemble of Chicago: Red Hot and Black to the Future…

There is sometimes discussion in the more academic domain, where historical and critical elements of music are discussed, that Jazz – and more specifically Bebop – was one of the last great “musical” contributions to the art of music. The revolutionary conceptions in the realm of harmony and rhythm that came from Charlie Parker, Dizzy Gillespie, Thelonious Monk, Charlie Christian, Kenny Clarke and a few others certainly give credence to that line of thought. However, the art that includes among its earliest expressions the call and response of the human voice and the chants together with or even separately from rhythmic pulsations of stone on stone, wood on wood (and many other combinations of objects…) and the sound of stick on skin broke the elemental silence, is seemingly almost without beginning or end; a continuum into which a myriad of thoughts and ideas that lead to expressions of music that is, in turn constantly changing.

And yet we listen to this music or that, to traditional and modern expressions of a culture in song, in melody, harmony and rhythm and we seem hard pressed to find ways to describe the experience of what we hear before (or up to) the 19th century and after, what we lump together as classical music and contemporary music, or what the vast industry that now lies behind the dissemination of the art often describes as such labels as Romantic and classical (not to mention the “schools of thought”: 12-tone, Second Viennese, Impressionist, Minimalist, Electronic and so on…) and Swing, Bebop, Hip Hop… and as it becomes more difficult to “market and sell” what comes out of the industrial complex, more labels will be found, etcetera… 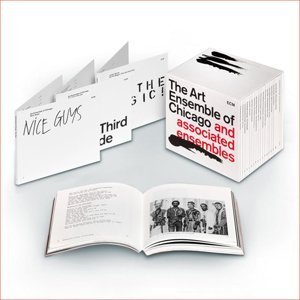 in truth, however, the battle between style and substance has already been fought and won and the names of the so-called “one-hit-wonders” and those that have endured over time have already been written into history, each epitaphs matching their respective contributions.

This brings us back to Jazz and Classical music and to relevance to Bebop today even as it is discussed as being one of the last great contributions, or even more poignantly, the last great innovation in music. Certainly what was conceived of in the 1940s by Mr Parker, Mr Gillespie, Mr Monk and the others named above has endured and seeped into the musical conceptions of composers and musicians from every kind of conservatory and/or persuasion including those who evolved from Eddie Jefferson, Jon Hendricks, Gil Scott-Heron, The Last Poets, Sistah Souljah, Common, Kendrick Lamar and others; in other words those who begat Rap and Hip Hop… will testify to the fact that Bebop has endured in many more ways than one.

There is, however, something else that is greater than all of this discussion and we are reminded of it when we listen especially to the music of Charles Mingus – specifically his works such as from “Half Mast Inhibition” and “Meditations on Integration” to “Orange Was The Color of Her Dress, Then Blue Silk” and from “Wednesday Morning Prayer Meeting” to “Noddin’ Ya Head Blues”. Somehow here is a line in history that Mr Mingus not only drew that emanated from the misty beginnings of Blues and Jazz that seemed to presage much of what we listen to today. It was the lineage that Mr Mingus not only belonged to and inherited but also so nobly described (the same tradition that begat Louis Armstrong and Duke Ellington – to whom Mr Mingus owed much – as well as William Grant Still, composer of the “Afro-American Symphony” and conductor of the Los Angeles Philharmonic as far back as 1936) in whose works and, of course, his greatest opus “Epitaph” that also find their greatest expression of the Blues and Jazz, (from swing to Bebop and Rap to Hip Hop).

But if it was the big, complex and challenging (from all quarters musically and otherwise) compositions that Mr Mingus presented us with that predated the onrushing forces that were to collide with Jazz, it was also George Russell’s monumental theory of harmony based on jazz rather than European music, in his book Lydian Chromatic Concept of Tonal Organization (1953) that influenced the direction of almost all music from Miles Davis and after. However, it was the poignant explorations into the realms of spirituality of John Coltrane, Pharoah Sanders and Albert Ayler and the seismic re-settlement of The Blues in the music of Ornette Coleman and Cecil Taylor which drew attention to the fact that all music came from one singular place in the human consciousness and that was the impulse to adorn rhythm with melody and harmony. 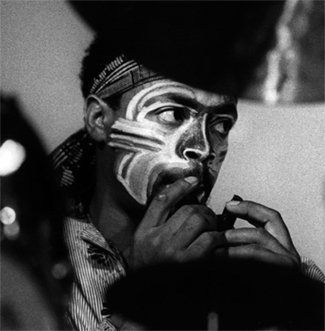 This might have been codified by Christian monks in a remote abbey, but it was actually much older and richer and more complex than that rudimentary solfeggio that got everyone from Palestrina to Bach, Beethoven and Stockhausen going. It came from the deep-rooted human need first to communicate and then to adorn those communications in order to celebrate the very discover that man could indeed communicate, build community and celebrate again. It began in the first Nubian civilisation and, like it or not, gave us the enduring 20th century idiomatic invention of Jazz; all of this, no doubt the impetus for the organisation of the first Jazz Avant-garde into one of the greatest movements in modern music that came directly out of the African-American Jazz experience: The Association for Advancement of Creative Musicians (AACM).

The artistic group was founded in 1965 in Chicago by pianist Muhal Richard Abrams, pianist Jodie Christian, drummer Steve McCall, and composer Phil Cohran. According to its charter, AACM is devoted “to nurturing, performing, and recording serious, original music”. Its members are advocates who support and encourage jazz performers, composers and educators. Although founded in the jazz tradition, the group’s outreach and influence has had a lasting impact on nearly all modern music. 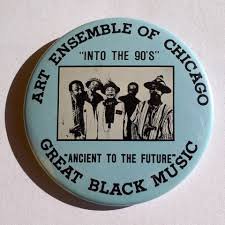 Its members have included the great composer and multi-instrumentalist Anthony Braxton, the composer and reeds and winds player Henry Threadgill and one of the most influential groups of artists to ever make music, the Art Ensemble of Chicago. All of those mentioned have grown out of Jazz, and all of them almost indelibly marked by Charlie Parker, or one or other of the pioneers of the Bebop school of music.

However, through an almost historic and uncharacteristic artistic open-mindedness the music of these great musicians has succeeded all-but completely blurring the lines that separate individual styles. Like Mr Mingus before them, who probably started it all, and like Arnold Schoenberg, Alban Berg, Anton Webern (in the case of Mr Braxton, this probably also includes Richard Wagner, Igor Stravinsky, Karlheinz Stockhausen, John Cage and Morton Feldman as well), and drawing inspiration directly from the Blues (again like Louis Armstrong, Duke Ellington and Mr Mingus) these musicians forged an alternate path that both departs and intersects the paths of all music no matter what era it came from.