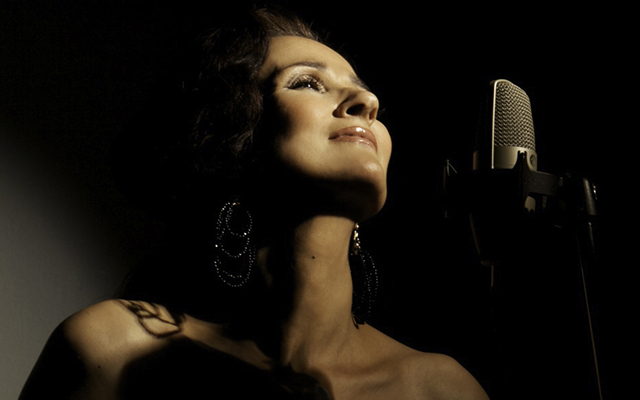 It is a balmy day in August of 2008. Dusk is approaching and I am sitting with Jane Bunnett in the sunroom of her home on the quiet, tree-lined Sorauren Avenue in the east end of Toronto. The celebrated Canadian saxophonist, flutist and songwriter has invited me over to help research a piece that I am to write for www.allaboutjazz.com Larry Cramer, Bunnett’s husband has just left us to rustle up something to eat, leaving Bunnett with me to listen to her music, album by album, chronologically. I flip over the CDs to read track listings and personnel. Bunnett picks the songs she wants me to hear and talks quietly about each of them. I do not tell her songs I would like to listen to. We come to the year 1994 and she puts on The Water is Wide. Her ensemble includes Don Pullen on piano, Larry Cramer on trumpet, Kieran Overs on bass and Billy Hart on drums. But two other names at the bottom of the list catch my eye: Sheila Jordan and Jeanne Lee, who are listed as vocalists on the album.

Bunnett looks up and I request her to play ‘The Water is Wide’, the track that features the two great singers. Don Pullen plays a short intro; Bunnett glides in on soprano saxophone sharing a quiet conversation with Pullen. Thirty-four seconds into the track Sheila Jordan’s voice floats in and she cries a chorus. Jeanne Lee picks up where Jordon finishes and follows in a similar vein. I look up at Bunnett and I burst into tears. She cries too. Nothing can stop us as Jordan and Lee trade choruses amid the whispering of Bunnett’s soprano saxophone and Pullen’s melancholy harmonies. Billy Hart’s cymbals sizzle quietly as we weep. The music grasps our throats as we surrender our emotions to the song, hearts broken, irreparably broken. I recall those moments as I am in the study of own flat, writing this feature. I don’t remember ever feeling that way about a song, or a singer, until now, that is, as I listen to Tessa Souter. 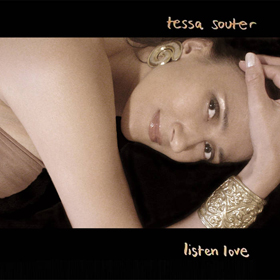 Heart Music. I have heard the music, but the term came to me from the Canadian practitioner of it: Diana Panton. It is a term coined by the legendary Yusef Lateef and Panton told me how he used it to describe her music when she sang for him at a workshop in Banff, Alberta many years ago. Today is August 16, 2016 and I begin to connect the dots again as I listen to Tessa Souter sing. I start, as is my custom, with the first album, Listen Love (Nara Music, 2004). Tessa Souter is singing a song ‘The Peacocks’. It was written by the pianist Jimmy Rowles and Norma Winstone wrote the lyrics, but now the song belongs to Souter. The words rise from Souter’s lips to God’s ear: I still hear the ringing of the Church bells in the morning/The Peacocks are calling out their sad and bitter warning/Beauty is only an illusion here your truth is an intrusion/A mirage is all it’s ever been… Souter pauses gracefully for Essiet Okon Essiet to solo.

Soon Souter’s voice returns, now more melancholic and yet more profoundly beautiful than ever: I still hear the ringing of the church bell in the morning/The Peacocks still calling out their sad and bitter warning/Take a final look around you…hold the memory forever/Find a quiet place inside where you can listen to the things your heart is saying/Beauty’s still an illusion here…your truth is an intrusion/A mirage is all it’s ever been… By now I simply cannot breathe. I feel that I am sinking…rising…floating… Tessa Souter’s voice fades with the ghostly melody of the song… Heart music, I think, more powerful and poignant than ever. Listen Love encompasses a broad swathe of repertoire from Billy Strayhorn and Billie Holiday to Antonio Carlos Jobim, Sting, Pharoah Sanders and Leon Thomas, and, of course Tessa Souter. Her ease and clarity of language are as impressive as her instinctive feel for the modes of expression voiced by such diverse composers as Ellington, Holiday and Sanders. Add to that the natural sensitivity to idiom and the glorious sound of her ensemble and you have one of those partnerships made in heaven. 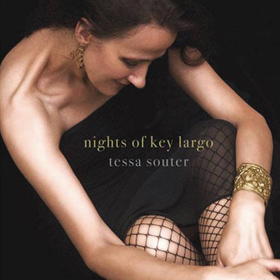 Yet I can’t help but wonder how everything happened here on earth. In the silence of the Blessed Sacrament Chapel at Holy Rosary Church, in my little town of Milton I ponder things I cannot call to mind anywhere else. I have spent many of my waking hours pondering Tessa Souter and her music. I know that music is a gift she was born with, but the earthly creature in me is naturally curious for answers about earthly things. I ask Tessa Souter to tell me how she discovered that she was fated to sing. “I think I always knew that I wanted to pursue a life in music,” she tells me, “but I didn’t realize that it would be possible. Throughout my teens all my friends believed I would be a professional singer but I got married to a much older and very controlling man and had a baby at 16 and that made it impossible. After the age of 18, I escaped into single parenthood, which meant that my main focus was my son and I did everything to fit around him. I went back to school and university because the hours suited being a parent and eventually became a freelance features journalist, which I could pretty much fit around him.