To this end I organized a quintet devoted to playing the music I had found. In the end, the original idea of a two CD set had to be abandoned due to copyright complications, and a general lack of resources. Fortunately, after I moved to San Diego, Ken Poston, fellow researcher and now general manager of KSDS Jazz88, one of the world’s premier jazz radio stations – asked me if I would like to perform Tadd’s music on one of their live broadcast concerts. We settled on, as it turned out, Dameron’s 100th birthday, February 21, 2017. This garnered the interest and support of Summit Records, and made this recording possible.

JDG: Where do you think that Dameron’s music comes from? The Blues and elsewhere, perhaps…?

PC: According to Dameron himself, his primary influences were Ellington, Gershwin, movie musical in general, and later on turn-of the-century European composers like Frederick Delius. Since the blues informs much of American music, its influence is felt in his work, but subtly. The few tunes he wrote in the twelve-bar form reflect this in his application of harmonic sophistication to the music. 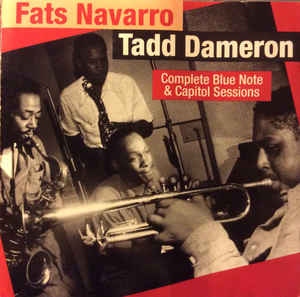 A possible exception for this might be made for a couple of late pieces like “Just Plain Talkin’,” recorded on The Magic Touch, and an eight-bar Blues he wrote for Sonny Stitt, “The Four Ninety.” Good question, though, as it opens up an area of speculation about what he might possibly have been thinking about the Blues in his final years.

JDG: Dameron is unique, isn’t he? I mean not many writers were lyricists too.

PC: Well, he really is not anywhere near as good a lyricist as Cole Porter, Irving Berlin, or Frank Loesser, who set the bar for composer/lyricists. And I do believe other composers have a lyric in mind for some of their works. Horace Silver told me, and others, that he almost always had a lyric to go with his pieces. Further only a couple of Dameron’s early lyrics survive. The songs on this CD, and Vanessa’s for that matter, have lyrics by someone else. However, I have good reason to believe that these lyricists were working from a concept or model lyric provided by Tadd.

JDG: There is something else about Dameron: he seems to think like a creator on a large canvas… very much like a playwright; an opera librettist… 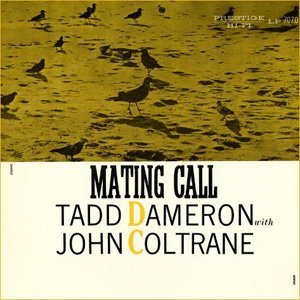 After he returned to the scene in 1961 he stated that he was most interested in developing himself as a composer, as opposed to as an arranger or performer. We will never know what he might have given us, but it is quite possible that he had a larger vision than just composing short-form works.

JDG: Can you make the case for Dameron being recognized as someone equal to – if not greater than – many of the writers of music now considered part of the Great American Songbook?

PC: No, his body of work in the area of songs with words is not large enough to be compared with that of Porter, Berlin, Gershwin, or Rogers and Hart. In addition I am not comfortable with this notion of “greatness” as something quantifiable. However, that he made beautiful contributions to the repertoire identified as “The Great American Songbook” is, in my opinion, beyond question.

JDG: Have you, in the course of your research, come to discover anything interesting that would set Dameron’s work apart from any other writer… his idiosyncrasies, if you like?

PC: I feel that his variety of melodic designs is extraordinary, along with his very subtle use of harmony. There is also an interest in a particular harmonic relationship between the tonic key of a melody and a temporary tonic a minor third above. While this relationship is not uncommon, it is the variety of ways in which Dameron treats it that is noteworthy.