Of course Mr Combs revealed much more in a wide-ranging interview that covered not only the recording, but much of what he had learned about the great composer as he unearthed these songs as well as aspects of his life that went into his seminal biography. Here are excerpts of that interview.

JazzDaGama: First of all congratulations on the new album Unknown Dameron.

JDG: More importantly thank you for putting the spotlight on Tadd Dameron. Vanessa Rubin also recorded an album of his songs, but it bears mention that it is rare for musicians these days to resurrect a Jazz Composer… 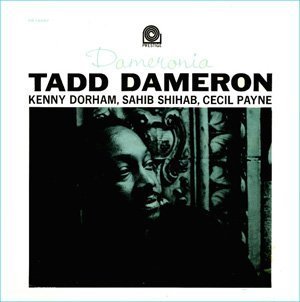 not many musicians (even those serious about their art) deign to pay homage to Jazz composers (exceptions being Thelonious Monk, Herbie Nichols, Charlie Parker, Duke Ellington, Billy Strayhorn, Charles Mingus)… even Mary Lou Williams has never been given her due…

PC: This is sadly true. In the case of Dameron – and with no disrespect to Herbie Nichols who while worthy of attention was not particularly influential, at least not in the manner of the others mentioned – I believe that his (Tadd Dameropn’s) importance cannot be overstated. His influence in developing the harmonic language of modern jazz, pointing the way for the evolution of small group jazz, and mentoring of significant musicians makes him a historically important musician of the first order, along with Mary Lou Williams, who as you point out, has never fully been given her due.

JDG: Clearly there was not any one song that drove you to Tadd Dameron, but please talk about – if you will – what made you look at doing this project? 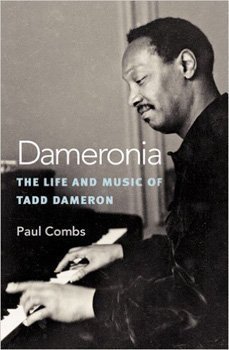 PC: To answer I quote from my forward to the book “I was touched by the spirit of Tadd Dameron in the early 1960s. As a fifteen year old boy who lived for music and wanted to compose and perform, I was profoundly inspired by Tadd’s famous words, “There is enough ugliness in the world, I’m interested in beauty,” reprinted in Barry Ulanov’s A History Of Jazz In America. Dameron was already known to me, I had heard some of his writing for mid-sized bands, and had already been to my first jam session where I called “Good Bait” and nervously attempted to solo on it. Over the years Dameron’s spirit stayed with me, and after writing a tune in which his influence was very evident, I went to the library to find a book on the man. “Surely there must be a book about so great a musician,” I thought, but there was not. So, for better or worse, in 1987 I decided that I would write this book. I had never written a book before and had no idea what I was in for, but as I interviewed musicians I have admired for most of my life, they all made me promise that I would see this project through.”

JDG: Did it grow out of your book on Dameron?

PC: Ever since I took stock of all the music by Dameron that I uncovered in my research, I hoped to make a recording like this. Initially I planned a 2 CD set, and organized a quintet to record it. As I explain in the notes to Unknown Dameron, “As a result of the research for my book on Dameron, Dameronia – the Life and Music of Tadd Dameron, I uncovered many more works by this important musician beyond the eight for which he is generally known; some on rare recordings, others in copyright deposits, and still others in scores tucked away in various libraries. It was my hope to share as much of this music as possible.