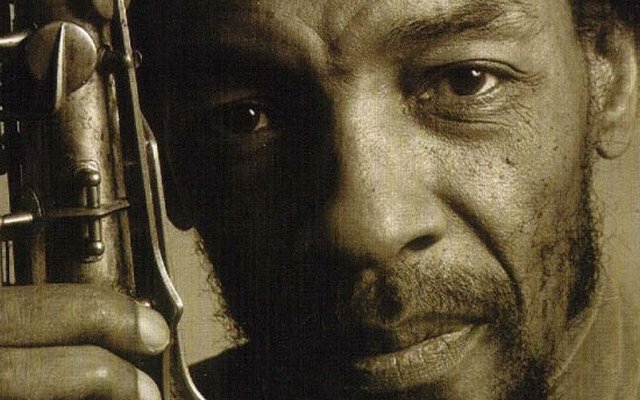 Mr Rivers will always remain one-of-a-kind. Consequently his music is as priceless as it is timeless. This is reflected in these three albums produced by Ed Hazell and Danas Mikailionis for the Lithuanian label NoBusiness Records, with the help of Mr Rivers’ daughter, Monique Rivers Williams, who has zealously guarded her father’s musical legacy. These releases bode well for a future in which Mr Rivers’ star will begin to ascend in living memory even as he takes his place in the rarefied realm with the likes of ‘Trane, Albert Ayler, Ornette Coleman, Cecil Taylor, Muhal Richard Abrams, Roscoe Mitchell, Anthony Braxton, George Lewis and other of contemporary musicians of note. 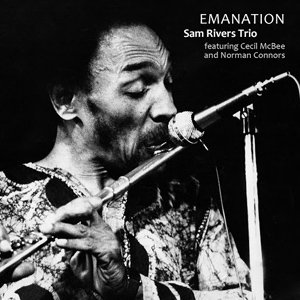 Sam Rivers Trio: Sam Rivers Archive Project, Volume 1 – Emanation The music of Sam Rivers belongs – like that of Cecil Taylor, one of his illustrious peers with whom he shared the stage – to the continuum that propelled the art of Jazz into the 21st Century. This music on Emanation is typical of the voice of Mr Rivers. It was born of an astonishing burst of creativity that began in the decades of the last century, distinguished by terse dramatic power, emotional lyricism, eccentric orchestration and rhythmic bite. Although he played for a very long time in groups of various permutations and combinations from the early days of his loft – Studio Rivbea – Mr Rivers found that going all-in with his nerve-endings, rather than with his cerebellum resulted in music that was spectacularly liberating.

The correlation between his approach to music and what emerged on this occasion at the Jazz Workshop in Boston is poignant reminder of how “alive” Mr Rivers was to his inspiration. His trio is made here, of bassist Cecil McBee and the young drummer Norman Connors. The two young men are equally consumed by the force of the music and show this through the music that they play. Both parts of “Emanation” are replete with entrancing interactions facilitated by Mr Rivers’ ferocious performance on tenor and soprano saxophones and flute, and they are intertwined into the calm that he elicits from the piano. The rawer, more urgent elements of the music come towards the close of “Part II” when Mr Rivers also vocalises his feelings to bring this most febrile performance to a close. 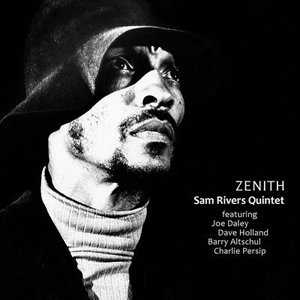 Sam Rivers Quintet: Sam Rivers Archive Project, Volume 2 – Zenith The music of Zenith is – in word and deed – a sort of pinnacle of the improvisations of Sam Rivers. The superbly elegant interplay between Mr Rivers’ horns and the gilded growling Joseph Daley’s brass instruments suggest that Mr Rivers’ music had, somehow [here] reached a high-point of his musical conceptualisation. From here on he seemed to scale impossibly higher peaks not only of virtuosity but also of an understanding of tonality. Both these aspects of
Mr Rivers’ music demonstrated his uncommon grasp of expressive and dynamic aspects of improvised music.
Dave Holland’s playing – not only on contrabass, but [especially] on cello add to the music’s richness. The twin thunder of Barry Altschul and Charlie Presip’s drums sets add uncommon drama and intensity to the music of “Universal Message”. The result is music that is both mysterious and moving in its valedictory pathos. 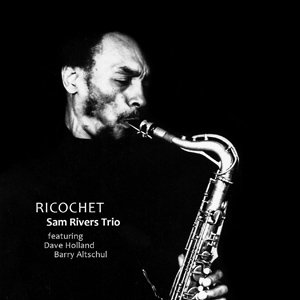 Sam Rivers Trio: Sam Rivers Archive Project, Volume 3 – Ricochet The music of Ricochet is rugged and highly charged, and is amongst the finest improvised music on record. Played by a trio that became one favoured by Mr Rivers, it contains extraordinary textures and remarkable juxtapositions between Mr Rivers’ horns, flute and piano, and Dave Holland’s bass and cello, together with the roaring battery of Barry Altschul’s drum kit. This piece seems to have been conceived in fire; carved out of living flesh rather than sonic elements.

The musicians play “Ricochet” with real bite, bringing out the detail of this music – especially the dynamic variations that ensue during the vaunted middle section of the piece – without ever sacrificing its rough-edged beauty. The rhythmic vocalisations of Mr Holland’s cello and the eloquent pronouncements of Mr Altschul’s drums contribute to raising the intensity of the work throughout. Together Sam Rivers and his trio produces and encapsulating account of the music with Mr Holland doubling up as a harmonist, egging on Mr Altschul to bolster the complete naturalness of Sam Rivers’ sound world.