Mrs Coltrane was sending a message to us all when she conceived of and played her monumental composition, “Journey in Satchidānanda” [The title changed often and the music also appeared as “Journey to Satchidānanda [italics mine]. It points us to a state of mind beloved of soul-seekers. It takes its name from the Sanskrit word Sacchidānanda – which comprises three states of mind: “existence, consciousness, and bliss” compounded that Sanskrit word, which consists of sat [which] in turn means “being or existence”, “real and actual’; chit means “consciousness” and ānanda means “bliss or pure happiness”. When spoken of or experienced together all three are considered as inseparable from the nature of ultimate reality called Brahman and connotes the highest “Universal Principle”, the “Ultimate Reality” in the universe in Vedanta philosophy. 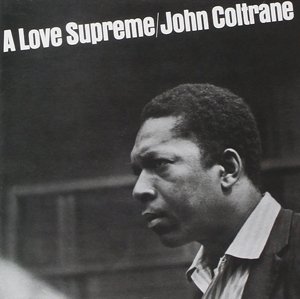 But there is something beyond Brahman [the universal principle or the ultimate reality in the universe] and it is attained through Vedanta philosophy. This is the Advaita experience which leads to the combining of Ātman, the inner self, spirit or soul and Brahman the ultimate [outer] reality or the material, formal and final cause of all that exists. Achieving Advaita or the Advaitic Experience is the state of non-duality in which Ātman and Brahman exists as one. This leads to Sacchidānanda. To Western European – that is largely “white” Christian people – this supposedly “pagan” Hindu principle may be considered to be an anathema. But to a black person – a person of African origin, that is – the oneness of being is not an altogether alien concept. Moreover, to American blacks who syncretized – practically subsumed African deities into Christian worship or the original Black Gospel worship it would be much easier to slide into that state of mind. Trane showed us that as did his beautiful and adoring young wife.

Mrs Coltrane raised the level of her incantation and devotion to Satchidānanda in a spectacular live performance of “Journey to Satchidānanda”, together with “A Love Supreme”, “My Favourite Things” and “Leo” in 1972 at “The Berkley Community Theater in Boston. The music was loud and somehow, seemed more urgent. It is probably no coincidence that “Journey to Satchidānanda” was paired with Trane’s “A Love Supreme”. The music came from a place of deep gravitas and soaring ecstasy. The two pieces of music appear to come from a single source: a coming together of body, mind and spirit on the part of both Mrs Coltrane and Trane. Both artists had arrived at a destination from where they would leap out into the profoundly unknown. Their musical paths had intersected sometime before Trane died; they had been solidified playing together and occupying the same spiritual patch, which enabled them to grow as musicians – self-seeking musical explorers – and the growth was almost exponential together. This seemed to almost explode after Trane’s death.

The seeking of the Advaitic experience had attracted many. For each seeker, like Mrs COltrane, the journey was always intense. Also, like Mrs Coltrane, another man of great erudition made it work and lived for years in splendid isolation before he finally wrote about it. This man was the French Benedictine monk, Dom Henri Le Saux [1910-1973], who took the name “Swami Abhisiktānanda” beginning 1948 and founded an ashram he called Shantivanam in Uttarkashi, in the foothills of the Himalayas. Abhisiktānanda took as his ideal Sri Ramana Maharishi. Like Dom Le Saux’s Christianity, Mrs Coltrane’s Black Gospel background prompted her to a deeper quest taking her – just like Trane had begun to do – in order to seek the deeper meaning of her life. And Like Dom Le Saux, she found this in India.