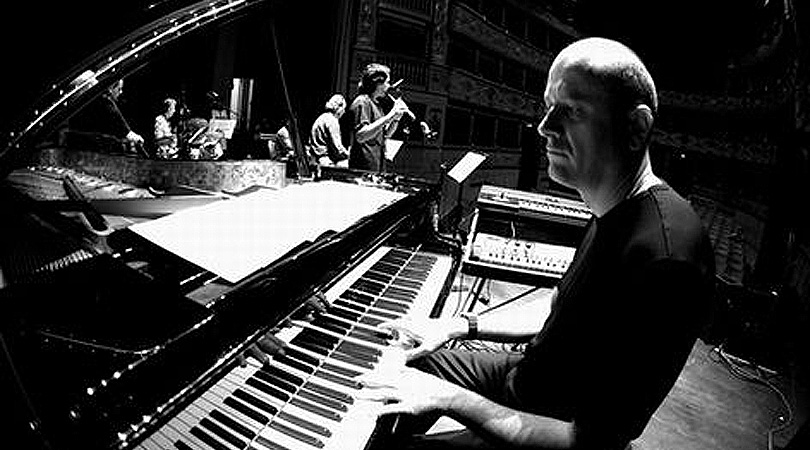 Born in Trieste (Italy) in 1959 Roberto Magris began his jazz career in the late ‘70s. Since then Mr. Magris has recorded 26 albums with his own groups and has played concerts in 41 different countries in Europe, America, Asia, Africa and Australia, also performing at several top jazz festivals and jazz clubs in the world, including Montreal Jazz Festival, the Toronto Jazz Festival, San Sebastian Jazz Festival, Summer Jazz Krakow, Atlantic Jazz Festival Halifax and scores of other festivals in North and South America, Europe and the near and far east.

In the ‘80s, Mr. Magris was the leader of a seminal jazz trio named “Gruppo Jazz Marca” and recorded 3 LP’s that were reissued 25 years later on CD format, as collector’s items, by the English label Arision. In the ‘90s, he increased wider recognition on the European and International jazz scenes performing and recording CD’s with the “Roberto Magris Quartet”, the progressive jazz bands “DMA Urban Jazz Funk” and “Alfabeats Nu Jazz”. He was and continues to be a prototypical pianist who has also performed and recorded in other settings as well. 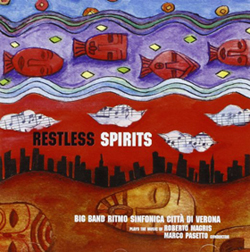 Between the years 1998 and 2002, Roberto Magris was the musical director of the “Europlane Orchestra”, a central-European jazz venture sponsored by INCE-CEI (Central European Initiative), and in 2003 he founded the “Roberto Magris Europlane Quintet”. During that period he also recorded 3 CD’s released by the historic Italian jazz label Soul Note: Check In (with Tony Lakatos and Michael Erian), Il Bello Del Jazz (with Herb Geller, the West Coast jazz icon), and Current Views (with Philip Catherine, Bill Molenhof among others). In 2008, he was celebrated as a pianist, composer and arranger in the CD Restless Spirits: Big Band Ritmo-Sinfonica Città di Verona plays the music of Roberto Magris , released by the Italian Velut Luna label.

In 2009, Mr. Magris renewed his partnership with Herb Geller, performing together around Europe until the end of Mr. Geller’s illustrious career. Mr. Magris also maintained a deep and enduring friendship with Tony Lakatos that resulted in a collaboration that resulted in numerous concerts in Europe and in the USA. The duo also played in a trio setting with the Czech bassist Frantisek Uhlir. However, since 2006, Mr. Magris has mainly focused his musical interests in the USA, where he has become the musical director and leading recording artist for J-Mood Records, the Kansas City jazz label owned by Paul Collins. For J-Mood Roberto Magris has performed and recorded with jazz legends bassist Art Davis (John Coltrane), Albert “Tootie” Heath, Idris Muhammad, Sam Reed as well as with Brandon Lee, Logan Richardson, Paul Carr, Jimmy “Junebug” Jackson, Hermon Mehari, Matt Otto, Alonzo “Scooter” Powell, Jim Mair, Elisa Pruett, Kendall Moore, Peter Schlamb, Michael O’Neill, Monique Danielle, Julia Haile, Pablo Sanhueza and many other extraordinary musicians. Lately Mr. Magris has performed in the US with his Kansas City trio, including bassist Dominique Sanders and drummer Brian Steever. 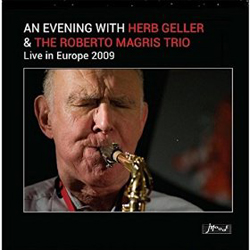 Throughout his career, Roberto Magris has performed with some of the most illustrious names in Jazz. These have included Kai Winding, Eddie “Lockjaw” Davis and Sal Nistico. He has also collaborated with Franco Ambrosetti, Florian Brambock, Ines Reiger, Rudi Engel, Nikola Matosic, the members of his Italian quartet Ettore Martin, Danilo Gallo and Enzo Carpentieri, Maria Dal Rovere and Paolo Prizzon with the project “Italian Songs In Jazz”, the “Traditional Jazz Studio” from Prague, Ricardo Cavalli in Argentina and the African percussionists in Gabon.

About Mr. Magris’ style, jazz critic Ira Gitler wrote: “as a pianist he reflects some of his most admired models – Wynton Kelly, Tommy Flanagan, Bill Evans, Kenny Drew, Jaki Byard, Randy Weston, McCoy Tyner, Andrew Hill, Paul Bley, Don Pullen and Steve Kuhn (a varied group indeed) – in his own way. There is a quick, supple right hand and the rich harmonies of the two-handed transitions in his playing that don’t necessarily summon up instant comparisons to any of the above or others.”