Home Masthead The Politics of Art (and it’s Poetics)

There can be no doubt that the reason for Van Cliburn’s success was the genius of his musicianship; his ability to absorb completely the work of the great composers and communicate the quintessence of each work that he played using his great gift not only of pianism but of the art of music itself. This was and is something that has occupied musicians as well as critics and philosophers probably since the beginning of Time. Few have put it better than Aristotle, who wrote his famous treatise Poetics (cir.335 BCE), and Igor Stravinsky who in 1942 assumed the Charles Eliot Norton Chair of Poetics at Harvard University in 1942 and proceeded to give his iconic series of lectures on the Poetics of Music (Harvard University Press, 1942). The lectures themselves – there are six in all – are a fascinating insight not only into the creative process, “the more art is controlled, limited, worked over, the more it is free”. What could be more fascinating than this in the context of Van Cliburn in the context of his existence as an artist at a particular point in history?

Stravinsky expands somewhat, his view of all art when he reveals this at the very outset – the opening bars, so to speak – of the work he is about to undertake: “I shall not forget that I occupy a chair of poetics. And it is no secret to any of you that the exact meaning of poetics is the study of work to be done. The verb poiein from which the word is derived means nothing else but to do or make. The poetics of the classical philosophers did not consist of lyrical dissertations about natural talent and about the essence of beauty. For them the single word techné embraced both the fine arts and the useful arts and was applied to the knowledge and study of the certain and inevitable rules of the craft. That is why Aristotle’s Poetics constantly suggest ideas regarding personal work, arrangement of materials, and structure. 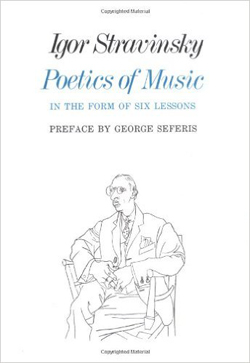 The poetics of music is exactly what I am going to talk to you about; that is to say, I shall talk about making in the field of music. Suffice it to say that we shall not use music as a pretext for pleasant fancies. For myself, I am too much aware of the responsibility incumbent upon me not to take my task seriously.”

It would appear that Van Cliburn does the same in all the performances – on disc and in concert – throughout his life. In –Moscow Nights: The Van Cliburn Story – How One Man and His Piano Transformed The Cold War Mr Cliff, in his championing “agency and individualism” describes the poetics of (the) art (of Van Cliburn) and the politics of art and the artist, in his relationship of power between people. In his elegant prose, as well as keeping a sharp eye on history – both particular specialties of Nigel Cliff we are given the privilege of a ringside view of both how the Politics of Art apply in Van Cliburn’s unique musicianship – poiein and techné in action – as well as his way to communicate between people and his unique historical role in changing all manner of relationships of power between the people that came to be touched by his art right from the time he changed the course of history in 1958 to the performance during the Reagan-Gorbachev Summit at White House on the night of the 8th of December, 1987, the Centenary of Carnegie Hall in 1992, the 16-city tour in 1994, all the way until his last public performance in 2008. This story is by no means the only instance when the Poetics of Art align with the Politics of Art; it is the most fascinating, all these years after the collision of politics and poetics in art that day in the April 1958.