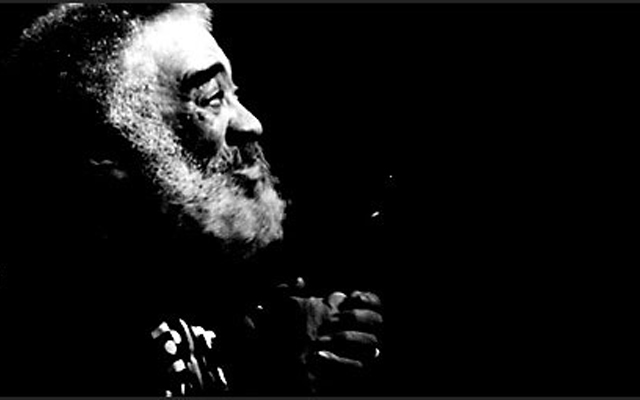 “I apologize for being black
All I am plus all I lack
Please sir, please ma’am
Give me some slack
‘Cause I apologize…

“…I apologize and curse my feet
For being slow, for being late
Because I know it’s me you hate
Why not apologize

“I apologize and tip my hat
‘Cause you so rich and free and fat
Son of a bitch, that’s where it’s at
And I apologize”

And I can think of a myriad of reasons to apologize to you, Oscar Brown Jr. How about beginning at the beginning? Another 10th of October went by without a salute. So now I owe you at least 88 for all the salutes that were missed since 1926. And how about the fact that Black History Month just went by with the ultimate ignominy of having the tangerine nightmare that sits in the White House fucking up the history? You would have written a poem about that. 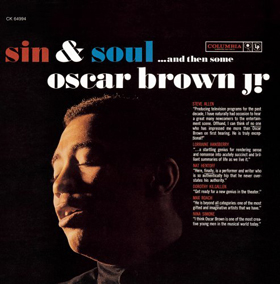 So how about apologizing for not reading your poetry – at least once a day? And then there is the fact that your records languish on the shelf, hardly ever being played… how about that for a reason to apologize? And how about apologising for the fact that we hardly protect when another black man is gunned down in Chicago and in New York and elsewhere in the country?

Oscar Brown Jr. would not have left any of that alone while he graciously walked God’s good earth. The poetry would have flowed like a river in spate because he was an artist, born to be the conscience of a people – not only his people – who remain largely silent only because it seems pointless… Black man, Jazz man… a man who cared that Black Lives Mattered, then as they do now. Not simply the lives of poets and artists, but the lives of ordinary folk; 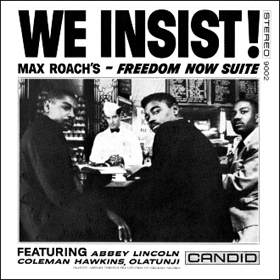 not only from the city of his birth but everywhere in the United States, where he could easily have been burned at the proverbial stake.

Born in a divided society must surely have shaped a young and impressionable mind, especially one leaning towards the liberal arts. The fact that he was the son of an attorney and real estate broker was not helpful, but it is possible to imagine how his father’s legal practice may have also nudged him in the direction of activism. He was barely out of his teens when he had the opportunity to jump into radio. In 1948 he partnered with Vernon Jarrett, an African-American journalist to pioneer Negro Newsfront the first African-American radio show in the United States. And that was only the beginning.