The year 2005 saw Milo Fine form an enduring partnership with the extraordinary Viv Corringham, a supernaturally-gifted voice artist. Miss Corringham’s art of vocalastics propelled Senilità into a rarefied realm. Based on Italo Svevo’s celebrated second novel of the same name the music conjures Emilio Brentani, a man whose ineptitude and inability to manage his own inner, sentimental life lead to indecisiveness and inaction and to shut out his memories, leaving him in a state of spiritual old age (hence the title Senilità). Walking the fine line between darkness and light, the artists emerge from the music’s pathos into its sunset-like catharsis. Miss Corringham is brilliantly isolating in her lyrical description of Emilio Bretani’s woeful situation and navigates the isolating narrative with spectacular soprano vocalastics in tandem with Milo Fine, Charles Gillett on electric guitar and the superb percussion colourist Davu Seru. Whether Miss Corringham’s hushed tones offer a sense of hope and redemption for the abject plight of our hero is a question left open.

Listening to the music of Milo Fine I am hardly surprised to recall that line from Manoel de Barros among others from his celebrated book. There is poetry in the music that Fine plays. It echoes in straight, angular and jagged lines that make up the pieces that he performs; pieces that he and his musical partners will often announce with a melodic idea, then promptly cut into pieces what follows; or juggled it like glass, airborne before it is left to shatter tunefully amidst them. Nothing is discarded. Not a moment in time, not a shred of a note or its echo; not even the air disturbed by waving of the hands as Mr Fine beats his drums; not even moments of outstretched in silence.

These are moments worth savouring, because discs documenting work by the American contemporary composer and multi-instrumentalist (that’s quite another discussion and feature altogether), Milo Fine come along quite rarely. And when they do, you will be in no doubt that the aim of Milo Fine is to move musicians and music beyond what he perceives as the comfort zone of conventional notation, or even improvisation. 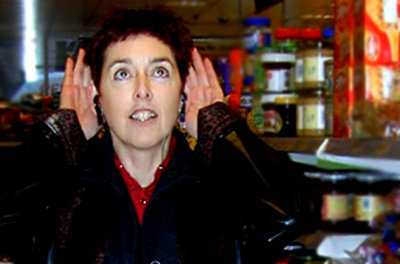 Rather the music he offers in studio or stage performances suggests ‘readings’ – a more appropriate word that expresses the sequences of colour etchings in his pieces.

There is an abstract – and often concrete – beauty in Milo Fine’s imagery and you can hear it in his music as I did on Nothing Is Not de minimis (Insides Music, 2011), with Erkki Huovinen, a Finnish horn, keyboard, strings player and pedagogue; or in the many recordings he has made with the guitarist Steve Gnitka especially this one with his Free Jazz Ensemble (and also includes excellent guest performances on cornet/flugelhorn from John O’Brien, and percussion and breathtaking vocalastics by Viv Corringham): You will not be pressed to buy (Shih Shih Wu Ai Records, 2012), and certainly in the very inebriating More Carvings (Ongoing celebrations of insignificance) (Sporadic Tangible Documents – a division of Shih Shih Wu Ai Records).