Although each of the songs is exquisitely complete there is something extraordinarily magical with the ones she sings with the accompaniment of Stomu Takeishi’s bass. “I’ve No One to Love Me,” “Full Moon Song” and “Funeral Song” are exemplary in style, interplay with the bass and the power of voice over lyric. But is the 0.27 second, solo-voiced “Cattleherding Song” that will be best remembered for its power and solitary splendor. But then the other tracks are no less unforgettable… And the magic of Lucía Pulido’s voice continues to haunt long after the echoes of the last notes have died in the future. 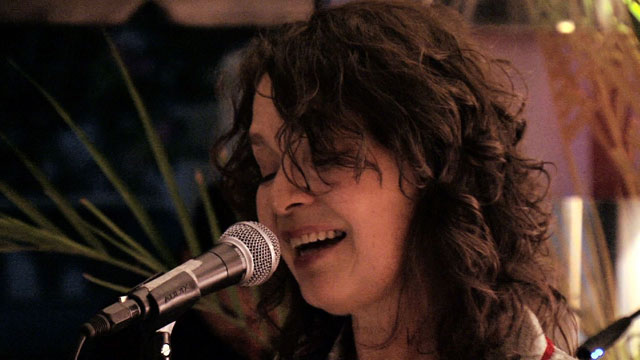 This is an extraordinary record. Although many musicians may have attempted to bring the beauty of Latin American folkloric beauty to life, few artists are likely to have such a lasting impact as Lucía Pulido’s Luna Menguante/Waning Moon. Perhaps with the possible exception of Gigi’s Abyssinia Infinite, Sussan Deyhim’s Madman of God, Maria Bethânia’s As Canções Que Você Fez Pra Mim, Maryam Tollar’s work on Michael Occhipinti’s Sicilian Jazz Project and Abbey Lincoln’s Abbey Sings Abbey. But Pulido’s may be better than them all.

The year 2012 was a capital year for Pulido; she released not one but two fabulous albums in and she travelled the world—from Vietnam to New York and Bogota to Barcelona to promote her extraordinary work. The first of these two albums was a solo endeavor. Just when it could have been posited that she could not raise the bar on the immense beauty and brilliance of an album after her album, Luna Menguante she returned with Por Esos Caminos/Journeying, which is more than its equal in repertoire, performance and memorability. How she does this should no longer be a mystery, for Pulido immerses herself into narrative and lyrics like no other musician recording and performing today. Moreover, she is capable of communicating feelings and emotions directly to the soul so that when she sings of pain, she feels it too and so does anyone listening to her sing. When she experiences pure joy, the listener exults with unfettered abandon. Similarly, when she tells a story, moving visuals seem to appear in rustic colors and tones on a canvas that billows and glistens before the eyes, as if by magic again.

On this record, Pulido has surrounded herself with musicians of rare ingenuity. Composers and arrangers such as the incomparable Sebastián Cruz, her musical director on this and other projects; the great Aquiles Báez on two charts; the masterful Stomu Takeishi on bass and so on. Not only this, Pulido is able to inspire them to give performances that are absolutely unforgettable. Cruz’s and Takeishi’s are a case in point, as is Aquiles Báez’s on “Canta la Gavana”.

Pulido mesmerizes listeners into taking with her on Por Esos Caminos is both an actual as well as a spiritual travelogue. In it, Pulido touches the soul of her listeners and opens hearts to the miracles of love through despair (“Por qué me Pegas?”), bringing hope (“Soledad”) and the elevation of joy after sadness (“Flor de Mayo”). She also introduces some fascinating characters along the way like “El Manduco” and “Señor Pascual”. This is a journey that begs to be undertaken with one of the most fascinating artists in vocal music of any kind today. 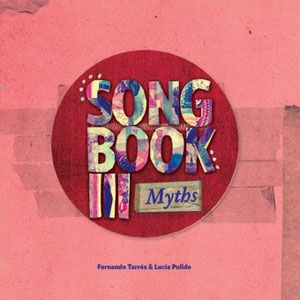 The second record is a collaboration between the Argentinean wunderkind and multi-instrumentalist, Fernando Tarrés and Pulido. This album is the third part of their Songbook series. It is Songbook III – Myths, a terrific companion to Songbook I – Beliefs (BAU Records, 2005) and Songbook II – Prayers (BAU Records, 2006), both of which related to the mystical aspect of the Latin music repertoire. The songs on Songbook III – Myths look less at the preternatural and more at the earthy more folk end of the Latin repertoire. The record is an extension of the palimpsest of the series and further proof that Lucia Pulido is by far the most extraordinary interpreter of traditional music.

Though tiny in stature (was not Edith Piaf small as well?) Pulido has power beyond what would be physically possible given her size. Moreover she becomes the characters in the songs swaying and seducing as she sings, piercing the heart and soul with musical arrows that ache and hurt, or bring joy, depending on what the song is supposed to do. And that is simply astounding for like Abbey Lincoln who used to use a more laconic poetic, Pulido is more aligned to the poetics of the melody, leaving the overtones and the harmonies to an inner voice that flies out in the narrative every once in a while.

There is something altogether new in this record that is not present in many of Lucia Pulido’s other records. And this has to do with orchestration. This is clearly the hand of Fernando Tarrés. This is it: Tarrés, far ahead of his time in this type of folk music is unafraid to use dissonant musical harmonics that slash across the melody, dueling with Pulido. This he does in the form of devices that he probably learnt from Stravinsky and the late classicists. For instance he has used a string quartet in the statuesque version of Dino Saluzzi’s magnificent “Carta a Perdiguero”. On the forlorn “Esperanza” (and elsewhere) he uses the horns and reeds and woodwinds to swoosh across Pulido’s beautifully linear lyric. Then there is Tarrés enormously powerful use of the flatly tuned acoustic guitar, with which he and the ensemble duel mightily with Pulido on “Domingo ‘i chaya” a magnificent Argentinian folk song. All this is reminiscent of the dueling of soloist and symphonic orchestra in a classical concerto.

And so the story of this great artist rolls on. Tragically, however, Lucía Pulido still remains a niche artist, known for her extraordinary experimentalism rather than for the great vocalist that she is—in any country and in any point in time. Perhaps one day when musical tastes return to the high art that they once were Pulido will receive what is truly due to her.