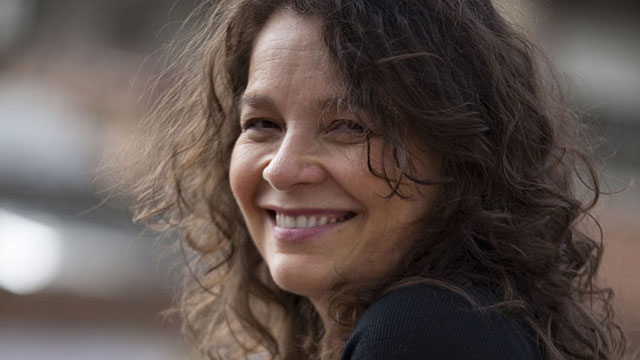 In 1994 Pulido arrived in New York and immediately began a niche for herself. Although her first solo album, Lucía was released by Vives’ label a year later, Pulido had already begun to meld the music of Colombia into a unique approach to her musical art, stretching her experimental style of singing to the limit. Traditional forms of music, such as Bullerengue, joropos and cumbia became launch pads for her fabulous flights of vocalastics. Her sophisticated art also encompassed cantos de vaquería, herding songs, alabaos funeral laments and cantos de zafra or harvest chants.

After the success of Lucía Pulido: Cantos Religiosos y Paganos in 2000, she went on to release Dolor de Ausencia, a classic repertoire of broken love, despecho, twelve boleros and valses that are filled with such elemental sadness that are breathtaking in their sweep of the emotional beauty. The chart, “Aunque me duela el Alma” is one of those songs that will remain seared in the memory even with just one hearing. Once again Pulido had struck home not only with her amazing ability to turn timeless feelings into timeless music. The brilliance of her art continued to grow beyond even wild expectation. Still her appeal was largely niche and her recorded output considered to consist of specialized projects, although she continued to gain fame from performing not only in the United States, but also in Latin America and Europe as well. 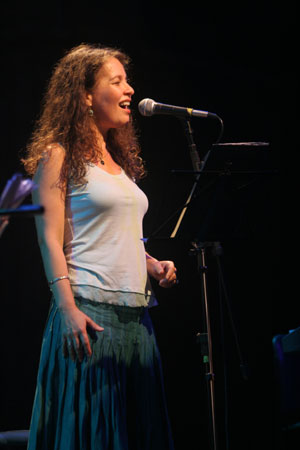 In 2005, Pulido began a cycle of Songbooks with the writer and experimental guitarist, Fernando Tarrés y La Raza, Songbook I (Beliefs) and Songbook II (Prayers) will remain among the most ambitious vocal music ever committed to disc in any language or culture in any time. The full impact of Lucía Pulido’s sophistication and fearless experimental approach to music exists in these two discs released on the Argentinean label, BAU Records. The extraordinary musical journey is like a river in flood. Its brilliance is felt from the time the first bars are sounded by Tarrés’ spectacular guitars, Jerónimo Carmona’s deep resonant bass and the polyrhythmic gymnastics of Carto Brandán’s percussion and the host of other talented musicians. This incredible music continues unabated throughout Songbook I (Beliefs) . It is, however, Songbook II (Prayers) that is, without doubt, one of the most breathtaking albums in Pulido’s repertoire. On the opening chart, “Aqui te estoy esperando” Pulido provides the most extraordinary example of her vocal prowess as she sings the first few bars of the mystical song a capella but is eerily pitch perfect throughout its undulating progress. On her favorite, “La Hoguera (Final)” she duels in fine fashion with two fine percussionists, Jorge Sepúlveda and Urián Sarmiento.

The collective improvisation on both albums is clearly why New York musicians, David Binney and Erik Friedlander love to work with Pulido. Her innate ability to create music quite literally out of mouthfuls of air makes her one of the most precious artists in that city. It is also the reason why the Brasilian musician, Benjamin Taubkin tipped her for his own ambitious project, Contemporary America, Another Center (Adventure Music, 2007) a beautifully crafted recording where the musical idioms of 7 South American countries explode in an album of Amazonian splendor, as colorful as it is dense and rich and fresh in experimentalism. Experimentalism and unbridled creativity is also the most memorable aspect of Pulido’s tribute to the renowned Colombian writer, Rafael Pombo put together by Carlos Vives in 2008. And spectacular versions of “Canto de Zafra” and “Canto de Velorio” were included in the soundtrack for Gustav Deutsch’s experimental German film, Film ist: A Girl and a Gun, a musical experiment Pulido shared with three contemporary European musicians: Christian Fennez, Burkhard Stangl and Martin Seiwart. 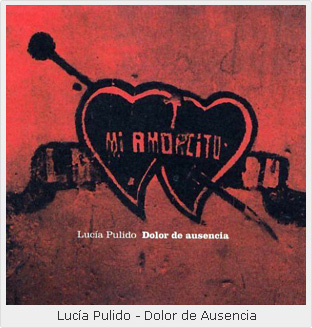 Lucía Pulido created a sensation with her 2008 masterpiece, Luna Menguante/Waning Moon also released on the Adventure Music label. Here she celebrates her rare talent once again. Of all the vocalists in the world of music, especially those that practice the ancient, dying art of singing a story – not merely narrating – but telling it as griots do only a handful inhabit an atmosphere so rarified that they would qualify for canonization. If such sainthood was possible then Abbey Lincoln and Sheila Jordan would have been anointed a while ago. So would Sussan Deyhim, the Farsi singer of Sufi music and the Ethiopian singer, Ejigayehu “Gigi” Shibabaw, as well as Maria Bethânia from Brasil… and the reigning griot princess would, of course, be Lucía Pulido from Colombia.

The album, Luna Menguante/Waning Moon is a breathtaking showcase of this otherworldly talent. It gathers together music from the folkloric traditions of the Colombian Caribbean, its Pacific Coast and the Eastern Plains. There are twelve songs rendered in an utterly ancient yet modern context with such brilliance that each seizes the senses and it is impossible to extract oneself from the lyric, the manner in which the song is vocalized and the dynamic sound canvas that she is able to conjure up. Pulido inhabits the music with body and soul. She alone commands what it will do to the senses – all six of them, which are at once her prisoner until the song becomes the epiphany.