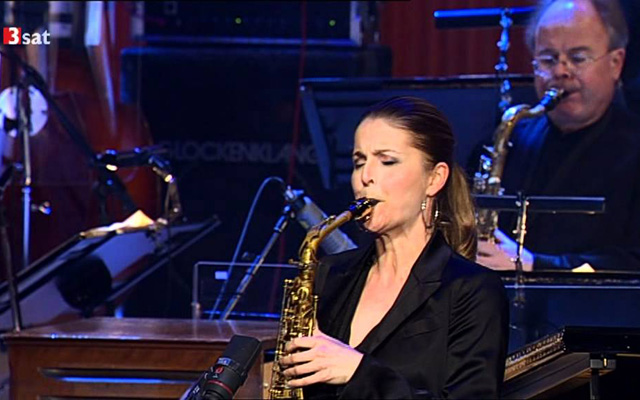 RDG: Whenever I watch the WDR perform I always wait for the Karolina Strassmayer solo! What’s your favourite moment?

KS: Thank you! One of my favorite moments was sharing the stage with Eddie Daniels on his composition “Everything I Have” arranged by Mike Abene here. I also love the one with Christian McBride playing his arrangement of “Killer Joe” here. But I also have very fond memories of playing Maria Schneider’s music; I’m a big fan of hers, of sharing the spotlight with Joe Lovano, Joe Zawinul, McCoy Tyner, John Clayton, Take 6, and Maceo Parker.

RDG: Drori, how did your career begin?

DM: I played gigs form the very first day I got my drum set but around the age of 19, I begun to work steadily in the Upstate New York area with different bands. I was living in Willow, New York which is a tiny community near Woodstock. I played lots of gigs and supported myself from the music. It was great.

RDG: Whom did you model yourself after before you developed your own voice?

DM: I would not say that I specifically modeled myself after one particular musician but I certainly loved and was inspired by the work of my favorite drummers. At first some great rock drummers… Mitch Mitchell , John Bonham, Keith Moon and then Max Roach, Roy Haynes, Art Blakey, Joe Morello, Shelly Manne, Tony Williams, Elvin Jones, Philly Joe Jones, Jack DeJohnette and others.

KS: Cannonball Adderley, Sonny Rollins, Ella Fitzgerald, John Coltrane. I find an unequivocal exuberance in their music that grabs me every time, regardless of the instrument they play. I find the same aliveness, honesty, and joy. That is what I hope to experience while playing and also give to the people who listen.

RDG: When did the defining moment come? When do you feel you first found your own voice? 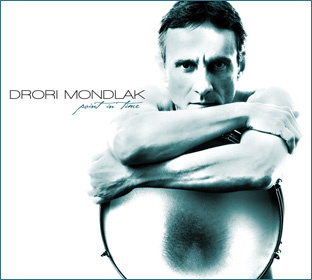 DM: I think I was always trying to develop and find my own voice from the beginning and at the same time learn to play my instrument. I always felt both were important. I always listened to the masters to learn and to get the feeling of the music. I was primarily self-taught at first and then later attended Jazzmobile (a school in Harlem) where I studied with Charlie Persip for a year. Later on when I was 27 years old, I begun to study with Joe Morello out in West Orange New Jersey in a little drum shop where he was teaching at the time. That is when I became really interested in developing my technique and grew to appreciate “touch” on a whole other level. Joe was one of the masters and a great teacher. He became a close friend. I do feel that in the last few years I have gotten closer to playing the drums in the way that reflects my individual way of hearing and the personal touch on the instrument. This is in part due to the opportunities Karolina and I have to play music with our own band where I can explore my way of playing fully. It is an ever evolving process to get to the essence of what you hear and to play the music in that way. The process never stops until you stop.

KS: It is not one moment but more a period of several years in which I began the transition from trying to fulfill the requirements of any given musical situation to mining for what wants to come out of my horn when nobody is there to give directions. And this process continues. In my years in New York I was very grateful to find myself in very diverse musical situations. I tried to learn from them as much as I could and soak up the energy of those great players. But I also began to feel the pressure to play a certain way, to prove myself, to show the world that I can play and hang with the boys. Joining the WDR Big Band in 2004 was like an invitation to find out who I am musically by exposing me to a vast array of different influences from traditional jazz, world music and beyond written and arranged by some of the world’s best arrangers.

RDG: How much does melody inform the rhythmic content of your playing?

DM: Melody has a very strong influence on the way I play the drums. I play melodically because I am always relating what I play to the melody and harmony of the music.

KS: I’m married to a drummer. I think that’s enough rhythmic influence in my life! (smiles)