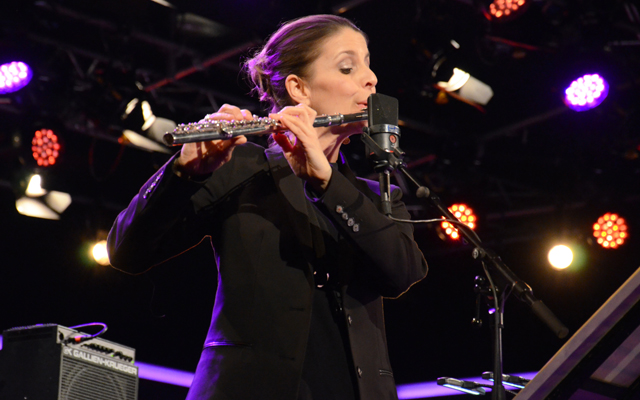 Karolina Strassmayer: One morning, I was 16 years old, on my early morning commute to school a friend brought a bag of tapes discarded by her older sister. My friend didn’t know what to think of the “doodle music” and handed the bag down to me. As I got on the train at 6 am, in the dark, I picked a random tape and pressed play. The first thing I heard was Cannonball Adderley on Kind Of Blue. I had played classical and folk music before, but nothing had electrified me quite like those sounds. I had no idea what they were playing, what instrument it was. But I knew that I had to do it too. So I asked my grandfather who was the conductor of a local symphony orchestra, what this music was. After he listened for a while he said, “I think this is jazz.” Ever since then my passion has been ignited and it is still burning hot.

RDG: Is there such a thing as ‘European Jazz’ and how does it differ from ‘American Jazz’?

DM: European jazz to me is simply a definition of the music played by European musicians. There are of course elements in different cultures and experiences that affect the way the music is played. I just don’t like to label music or musicians and I think it is the strength of the individual musician’s voice that is most important and essential. To answer your question, I would say that ‘European jazz’ has more of the folk and classical elements and ‘American jazz’ has the blues feeling and the rhythmic fire, swing and syncopation. There are of course musicians on both continents attracted to some degree by each of these different elements which come out in the music that is written and played. There is quite a crossover and musicians certain European countries tend to gravitate more toward the American esthetic.

KS: I concur with Drori in not wanting to label jazz as either European or American. A lot of people have said about our music that we manage to bridge those different influences. I grew up in Europe but lived in New York for a number of years and had a chance to immerse myself in both worlds and have come to appreciate both the rhythmic force of American jazz and the sophistication and lyricism of European harmony. But in the end, it’s just a label. 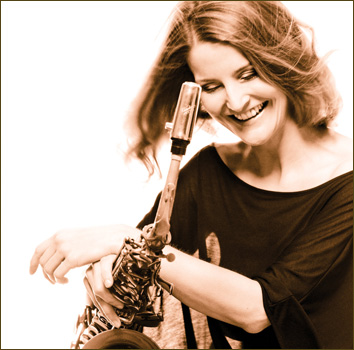 And I want to create music that moves me and gives me a sense of creating something beautiful and meaningful.

RDG: Do you see yourselves as ‘musicians’ or as ‘jazz musicians’? I suppose what I mean is that many Americans make the difference between the all-encompassing term ‘musician’ and the rather restrictive term ‘jazz musician’…

DM: I see myself as a musician and also as an improvising jazz musician. I have played many different styles of music and I approach all of it basically in the same way. I don’t have a problem with the term jazz musician. I love jazz. Jazz is freedom so I don’t feel it is restrictive.

KS: I love the freedom of improvisation as well as the beauty of maneuvering a structure and communicating and interacting in a meaningful way with people. Whatever the term for that is…

RDG: Karolina, I’m sure it is very different performing with the WDR Band and with KLARO… Do you feel the same way? So how different is it?

KS: I love being part of something bigger, a romping stomping big ensemble that rolls through a swinging big band chart. But I also love the intimacy and fragility of a small group. In the big band I fulfill a role that’s laid out for me by the composer/arranger. I do my best to bring someone else’s musical vision to life. With KLARO! I listen and search deeply in my own musical and emotional reservoir and bring forth what I find there. Having both these styles of music making in my life gives me a platform to hone my skills as an instrumentalist, studio musician, but also to delve into my own imagination and find authenticity and truth. It is a real privilege to be given both these opportunities.

RDG: what’s it like to be the only lady in the WDR? Are ‘the boys’ supportive?

KS: I’m not the only woman in the band anymore! Shannon Barnett, a wonderful trombonist from Australia joined the band about two years ago. I don’t feel the need for extra support from the guys. I am a member, just like the others, and I contribute in the way that I know how to. And I believe in a world where we can transcend stereotypes like that. I make it my business to be the best musician I can and by doing so, contribute my small part in overcoming those stereotypes.

RDG: Do you feel that you get enough ‘face time’?

KS: Absolutely. We have many great soloists in the band and it is impossible to feature everyone at every concert. Over the years, many great arrangers like Michael Abene, Maria Schneider, Vince Mendoza, John Clayton and many more have given me the opportunity to stretch out.