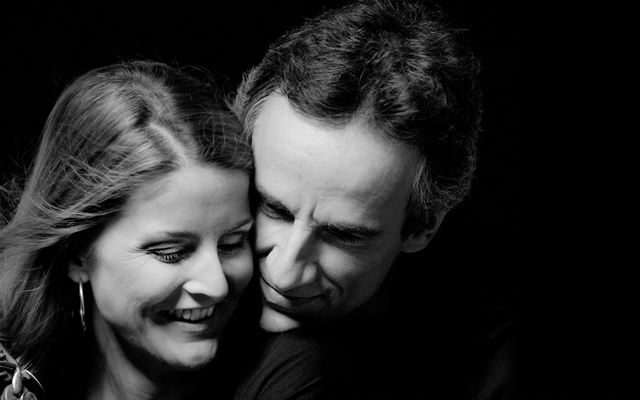 Partnerships can be short-lived, especially when the partners share the same home, the same bedroom. But that is hardly the case with alto saxophonist and flutist Karolina Strassmayer and drummer Drori Mondlak. Born in Mexico City the drummer began his musical experience as a pianist, while Strassmayer, in Graz, Austria, was savouring the charms of classical music as well. Happily their paths crossed when both met in New York, where Mondlak was working as a freelance musician, paying his dues and learning from the best on the street, so to speak. Strassmayer, meanwhile, after completing her master’s degree in Graz, was awarded a full scholarship to continue her studies at the New School for Social Research New York City. The magnet of music drew them together when both artists’ careers criss crossed in New York City.

Karolina Strassmayer was surrounded by a musical family; she grew up in Bad Mitterndorf, a remote village in the Austrian Alps. Her road to the US and to jazz is the stuff that fairytales are made of (as she explained in response to my first question). While in New York she performed with artists such as Chico Hamilton, the Diva Jazz Orchestra, Five Play, the Duke Ellington Orchestra; played on five Grammy-nominated recordings, and was a featured soloist with the New York Pops Orchestra at Carnegie Hall. Strassmayer carried the unique distinction of being the first woman with the Grammy Award-winning WDR Big Band Cologne, Germany, since 2004. In addition, she performs her original compositions with her group KLARO! — both in the USA and Germany. With the WDR Big Band, she has performed with McCoy Tyner, Joe Zawinul, Joe Lovano, Lee Konitz, Maria Schneider, Take 6, Mike Abene, Dick Oatts, James Moody, Maceo Parker, Chris Potter, Randy Brecker, Vince Mendoza, and many other jazz greats. 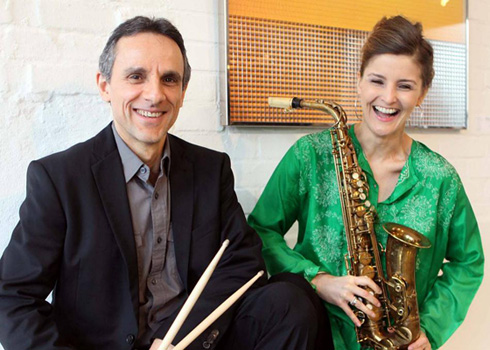 I caught up with them at their home in Germany for an interview that provided fascinating insights into what makes this celebrated couple and musical partnership so successful through their artistic experiences, which are both varied and often keeps them apart for considerable periods of time. Here are excerpts from that interview:

Raul da Gama: When did music become your passion?

Drori Mondlak: I loved music from the beginning. I heard my mother play the piano from the start and I took lessons from 6 – 9 years old from an Italian teacher. My mother was passionate about music and the arts in general and she played a lot of classical music. Her favorite pieces to play were Beethoven sonatas, especially the Pathetiqué and Moonlight Sonata. This was in Mexico City, where I was born and lived until the age of 9. I started playing drums at the age of 15 when I was already living in New York City. I was given my first drum pad and sticks and then I got a snare drum and one ride cymbal and a few months later bought my first drum set. It was a Rogers black diamond pearl set. I loved it. I joined a band even before I had the drums…just with the snare and cymbal. They were anxious for me to get a bass drum because I was just stomping the bass drum patterns with my foot on the ground. When I was just starting to discover jazz I went out to the Village Vanguard and heard the Elvin Jones Trio with Joe Farrell and Jimmy Garrison. It was the mid 70’s. It was an incredibly inspiring night and I would say that sitting there next to Elvin Jones, feeling and witnessing his immense spirit and joy put me on the road to playing jazz drums. I wanted to do that. Soon after, I heard Bill Evans with Philly Joe Jones at the Vanguard and that was also inspirational beyond words. Over the years, the musicians I have played with have inspired me greatly.