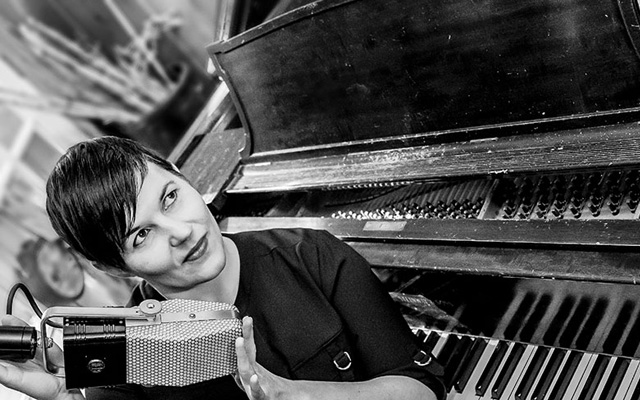 RDG: Have you ever thought of your music as the soundtrack of your life and have you ever documented it on one album? (Perhaps you are planning one…?)

JM: I think we are continuously generating the soundtrack of our lives through every thought and feeling, and so music that I write at any given moment is a natural extension of that process.

NP: I don’t think of the music I’ve written or played as being programmatic in terms of representing specific events in my life. But of course the culmination of experiences in my life have not only shaped who I am, but have also shaped and colored the music I create. I don’t separate and compartmentalize Nick Phillips the human being and Nick Phillips the musician.

RDG: What comes first: Art or Commerce? One cannot survive without the other so where do you draw the line or to put it more plainly, where does one end and the other begin?

JM: I prefer not to draw a line between them. Everything can be done artfully, including commerce. There are many talented people with the complementary skills that need to come together to create something like recording and releasing an album—the artists, engineers, producers, distributors, publicists, lawyers, business managers, graphic artists, photographers, etc. Some people specialize in one skill-set, and other people take on multiple roles. I appreciate all of those gifts that people bring to the table in the collaboration, and it’s a pleasure to work with people who are really good at their part of the process and who enjoy doing what they do.

NP: With respect to my own music, the art always comes first. The music I’m creating and co-creating with Jenny is all about putting the music first. And that also means putting the music before our egos. Everything we do when we collaborate, the arranging touches, the nuances of the performances, it’s all in service of making the music more fully-realized. Music that’s created to only to try to capitalize on a popular commercial trend, I believe, will invariably sound dated not too far down the road. But music that’s really true to the artists that are creating it will have more lasting musical value. That said, we also felt it was important to really “release” our album, Haiku, and put some marketing behind it, rather than just let it quietly “escape” into the marketplace. Quite simply, we want to do what we can to ensure that people have the opportunity to hear the album and decide for themselves if it’s music that speaks to them and is something they want to be a part of their lives.

The content of Jenny Maybee’s and Nick Phillips’ album Haiku somewhat mirrors the ephemeral aspect of the beauty of music, as does its beautiful cover. Behind the dying leaf is the existential truth of music’s transitory beauty – that after it’s over ‘it vanishes in the air and is gone’. Behind the leaf also lies some very classy piano and trumpet playing. Both musicians have developed something close to reputations for edge-of-the-seat virtuoso risk-taking. This CD is a proven thesis of that; a selection of short pieces evoking atmospheres of longing, sorrow, joy and nostalgia. Universal emotions are at work here; even if you leave the theme aside, you will find something on this CD to discover and enjoy. 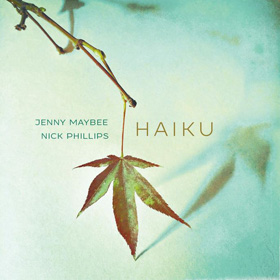 Jenny Maybee’s piano playing and vocals, and of course Nick Phillip’s trumpet playing are altogether eloquent and heart-stopping. In the case of Maybee, her voicing is expertly balanced in Haiku and her phrasing sings wonderfully throughout the repertoire. Phillips is similarly breathtaking. His embouchure is scintillating in the Thelonious Monk piece Blue Monk. But best of all there is a lively interplay between pianist and vocalist, and the trumpeter. This might be described as an otherworldly simpatico. The trumpeter has an innate ability to make music sound rhapsodic with the bare minimum of notes. He holds onto notes interminably, makes then dance and dally in an air laden with emotion, but without an ounce of sentimentality.

Both Jenny Maybee’s and Nick Phillips’ contributions to the pieces is wonderfully clear, light and self-effacing. Neither musician is eager to dominate the proceedings. Rather there is a superb and almost balletic dancing that takes place. It’s as if the music melts into dance and this results in a dizzying and beautiful interplay that is riveting. These songs are among the most sincere and poised accounts of song that a duo have produced in a long time. The sound of Nick Phillips’ trumpet, Paul Eastburn’s bass and most of all the sound of the piano and Jenny Maybee’s exquisite voice has been excellently captured by some brilliant engineering by Cookie Marenco. A richly rewarding experience overall.