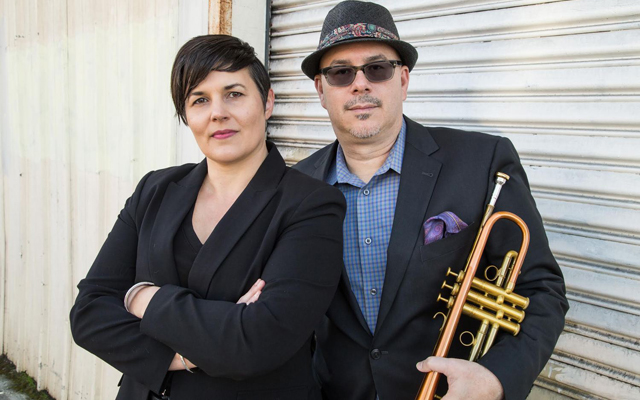 RDG: …or do you travel in your mind? Where do you go to then?

JM: All the time – the logistics are way simpler! The ocean, beautiful temples and shrines, gardens: places that are inspiring and that give a sense of a broader perspective. I do this purposefully when practicing pieces for performance by coming up with an image of a place that captures the feeling I want to convey in the playing. Often I’ll make a little sketch on my music to remind me of the feeling I want to drop into as I start into the piece.

NP: Rather than imagining some “other place” that I’m mentally traveling to, I simply try to be focused and present in the here and now when I write.

RDG: How many voices do you hear? I.e. lead (melody) second and third (harmony) and do you also hear rhythms?

JM: It varies. It often comes all at once, through physical sensation while playing – so if I’m at the piano and singing that will be the lead, and some harmonies, and the rhythms. Then I’ll loop what I’m hearing over and over and listen for more – maybe there will be more harmonies, or a part for another instrument. A lot of that depends on what kind of arrangement I want and what I am writing for. It develops over time.

NP: I usually start by sitting down at the piano, playing random chord progressions, and hearing if anything grabs me as being a harmonic idea worth further developing. After I’ve written the chord progression and have figured out the form and meter of the song, I then work on carving out a melody that is hopefully memorable, interesting, and provides some compelling tension and release in conjunction with the harmonic progression. I hear the melody as unified whole, rather than as separate elements of pitch and rhythm, so the melody comes out fully formed when I write it.

RDG: Is there an intent that guides your music-making?

JM: Have fun and see what happens…

NP The intent is that the music I’m creating is an honest expression of who I am, and who I strive to be, as an artist and human being.

RDG: What do you see to be your role as an artist?

JM: To keep myself in tune, enjoy the process, allow myself to be surprised at what comes next, and to clearly and honestly let the music flow. 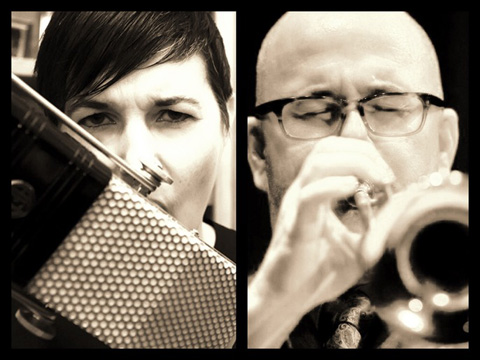 NP: Well, frankly, the main reason I create music is for myself. It’s a form of meditation for me. And it’s a form of self-therapy. So, being an active artist/musician greatly enriches my own life. By creating music that is genuine and true to whom I am, I am hopefully also creating something that connects with and resonates with some other fellow human beings. I know full well that I can never create music that will appeal to everyone. But that’s neither the point nor the goal. Being honest and true to myself in creating the music is the most important thing. I believe that that’s when the music will naturally resonate with others.

RDG: How does this intent find expression in your music?

JM: I want the music to be clear, powerful, uplifting, and to feel good – to me, to my fellow musicians, and to the audience. And I want to leave space for spontaneous expression and the unique contributions of my musical collaborators and the energy that is present at any given moment. The combination of the musicians, the venue, the audience — all of the elements that are present. So I like to create structures with this intent that we can explore together.

NP: When you hear my music, I hope it comes across that I value sensitivity, nuance, lyricism, soulfulness, and beauty over flashy technique and musical gimmickry. My hope and intention is that the technique is used in the service of expressing the music and not the other way around.

RDG: Can you describe the record that you have just made? What made you choose to work with one another?

JM: Haiku captures a moment in time—one afternoon in the studio—that reflects the culmination of organically developing the music and exploring arrangements that would clearly and precisely capture the spirit of each piece of music. After hearing each other play, we had a sense that our approaches to music-making would work well together and so we started exploring working on each other’s compositions, just focusing on having an enjoyable time playing music and seeing what we could create.

NP: The album is a natural outgrowth of what has been a very organic process of collaborating with each other and work-shopping each other’s music together. We first met in September 2014 at the West Coast Songwriters conference. Some of the songwriters at the conference had signed up for “artist showcase” performances in which they performed for industry guests (of which I was one) and got some constructive criticism about their songs and performances. The first thing Jenny did was she sat down at the piano and played a completely free, spontaneous jazz piano improvisation. I was immediately knocked out by what I was hearing. Then she played and sang some of her own songs and I was thinking to myself, “Wow, I’m supposed to give her constructive criticism!? I really have a lot to learn from her!” When Jenny and I were talking after her showcase performance I suggested that we get together sometime and try to co-write a song together.